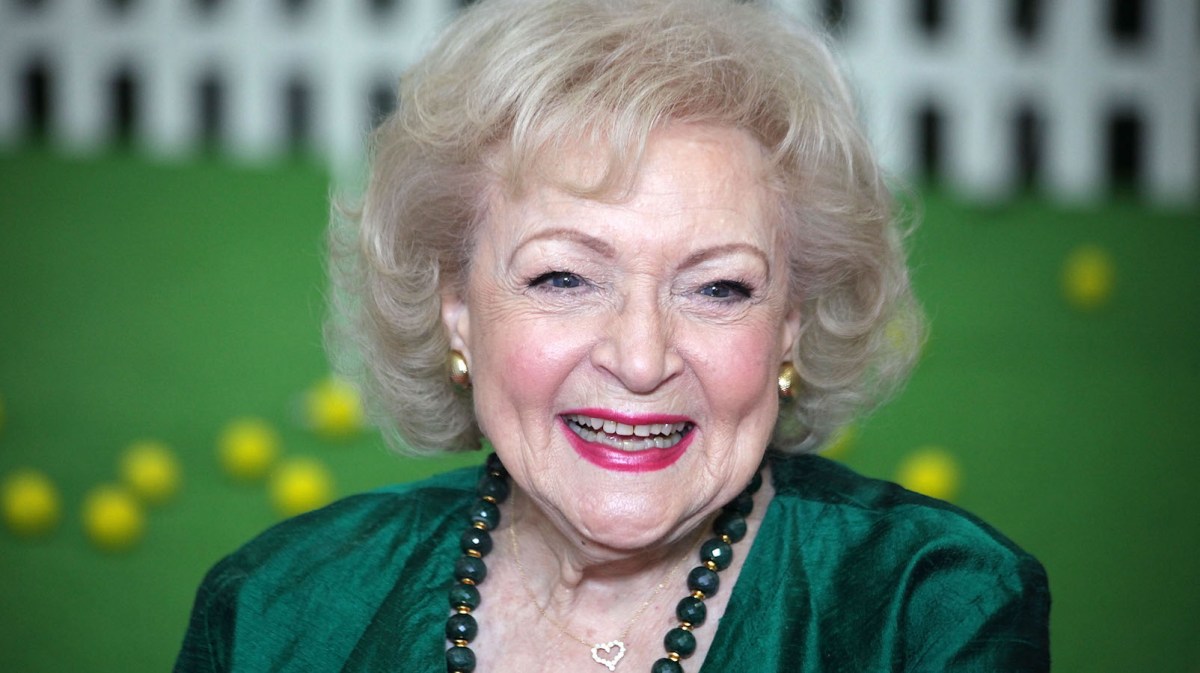 Photo by Brian To/Getty Images for The Lifeline Program.

The late Betty White is and will always be a pop culture legend. But before she was America’s Golden Girl, Betty was the First Lady of Game Shows, ruling the genre in an era when game shows were big business.

Over her long and illustrious career, White appeared on over 30 different game shows, often becoming a regular guest on many of them. She even hosted a few and became the first woman to win a Daytime Emmy for Outstanding Game Show Host when she hosted Just Men! in 1983.

If you’d like to take a look back at Betty White’s legendary career, you simply must include her legendary game show appearances. Here are 10 of the very best.

A rare time where Betty’s love of sitcoms and game shows collided, this 1972 episode of the classic sitcom The Odd Couple sees Oscar and Felix appear on the show Password. Naturally, they find themselves against Betty, a regular guest on the actual Password show. Of course, Felix and Oscar struggle with the game, leading to some glorious reactions from Betty and some excellent one-liners.

While Betty brought a lot of laughs to every show she was on, she was also an excellent player, guiding celebrities and regular people to high scores and grand prizes. Nowhere is this better seen than in this Password Plus clip where Betty’s expert hint-dropping leads to a big win for her teammate, showing that she was as clever as she was funny.

An oft-overlooked part of Betty’s comedy was her facial expressions. She was able to get riotous laughter with a well-timed smirk or mime. This clip perfectly demonstrates this, as Betty’s reaction to her cast member’s answers makes the round infinitely funnier. Her quip of “I can handle either the audience or my friends. But I cannot handle you both” is a legendary and very quotable line.

In 1963, Betty White married to game show host Allen Ludden. The pair had fantastic chemistry, and nowhere is this more obvious than in this episode of Password. Ludden hosted Password from 1961 to 1980, and he and White actually met while filming the show. This episode was the first show recorded after White and Ludden’s honeymoon, and you can see that the pair is having a great time together, as their charm radiates off the screen.

Due to White’s long career, she has had many record-breaking moments. This includes this moment, where one lucky contestant set the record for most money won on Match Game with a fabulous (if slightly quaint today) $5000 prize. The clip also shows off one of Betty’s best qualities: her heart. You can tell that despite enjoying the laughs, she really wanted to see the contestants go home with good prizes, illustrating that she knew when to take the game seriously to ensure a big win.

Whenever celebrities talk about Betty White, they always say that she was a fantastic sport, willing to make herself the punchline of any joke provided it would get a laugh. This was often shown during the long-running show Match Game, where she would frequently be ribbed by the other panelists. Here, Betty and the panel are made to answer the question: “Whenever I [Betty] go streaking, Allen Ludden makes me wear his blank.” As the other contestants reveal their answers, Betty is all smiles, and her comical reactions to some of the suggestions make this a priceless moment.

Betty White was no stranger to game show chaos. In fact, many of her best moments come from times when the game went off the rails. This clip from Super Password sees Betty appearing alongside the legendary Lucille Ball and Carol Channing. When Lucille and Carol struggle with a category, Betty’s partner Dick Martin buzzes in only to get a hilarious ribbing from Betty, showing that she always had a quip ready to go.

3. To Tell the Truth

To Tell The Truth was a popular game show that started in 1956. The premise is simple: a panel of celebrity guests is presented with a lineup of three people and has to guess who is telling the truth by asking the guests various questions. Betty appeared on this show several times during its run and each one is a delight. In fact, she was so good that she was brought back for the show’s 1990 and 2016 revivals, proving that her talent didn’t fade with age. This episode from 1961 shows why Betty was invited onto so many game shows, as her easygoing charm makes an enjoyable format all the more fun. It’s also a great chance to see Betty banter with her contemporaries, including legends like Johnny Carson and Kitty Carlisle.

Betty made being a game show guest into an art form. Her quick wit allowed her to inject humor into the games while still keeping them moving, and nowhere is this better seen than on The $25,000 Pyramid. Take this clip, where Betty lands the perfect zinger mid-way through a rapid-fire round without missing a beat. The round asks Betty to guess bakery items using her partner’s vague clues. When presented with the prompt “brownie,” the contestant suggests they have “marijuana in it sometimes.” Betty instantly answers correctly before adding a bemused “not in my house,” getting a laugh from the crowd.

Super Password was a revival of a previous game show called Password. Hosted by Bert Convy, the game saw celebrity teams trying to solve various puzzles. During a round dubbed “Cashword,” the answer would come from an object called the Magic Toaster. After getting a question wrong during the show’s final episode, Betty throws the prop across the set as the audience howls with laughter. Host Bert Convy notes that the toaster didn’t break as well as it should have. He then returns the toaster to Betty, letting her throw it again. After this, Convy says, “Everyone in the world that’s come on this show has wanted to do that,” while Betty gives herself a comical slap on the wrist.