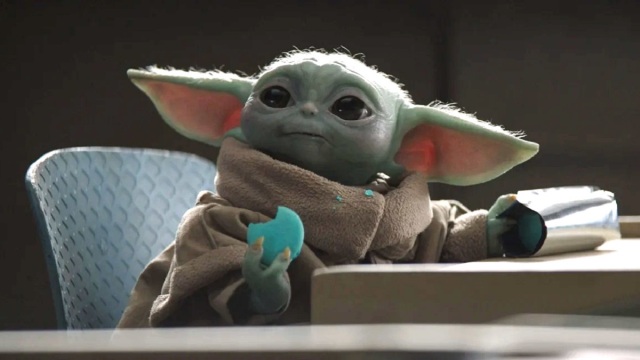 Star Wars fans are a passionate unique breed who are unafraid to express their opinions on their beloved franchise. One Reddit user recently took an unofficial poll and posed the question of if Grogu and Din Djarin reunited too soon. They asked: “Does anyone else kind of feel like Grogu and Din Djarin reuniting so soon in BOBF kind of lessens the emotional value of the ending of Mando season 2?”

The user went on to clarify: “It’s supposed to be this super emotional moment where the Mandalorian finally has to let go and let Grogu train with Luke, but then in The Book of Boba Fett, he’s basically reunited with him immediately. I feel like I would be better if this wasn’t in The Book of Boba Fett… and just in late Mando Season 3, where he has to be alone for a while.”

Other Star Wars fans on the site whole heartily agreed with this take. One user commented: “It’s so baffling that they didn’t do this. I’ll never understand why they rushed it and gave all those story opportunities up for a weird tangential storyline in BOBF.”

Another user chimed in: “Yes, it was absolutely stupid of them to reunite so quickly. But they gotta sell merchandise and can sell a whole bunch of new Grogu’s in his little chain mail.” Merch is important after all.

One user blames the pandemic for this story choice: “Book of boba fett is really just the mandalorian season 2.5. i believe it started because they weren’t able to completely film season 3 during covid.”

Another thinks it was a cheap ploy to get Star Wars fans to watch The Book of Boba Fett: “They needed us to have a reason to watch what was otherwise a terrible show,” they stated.

While the reason this story arc was chosen remains unknown, what is clear is many Star Wars do not like it and are quite snarky about it.