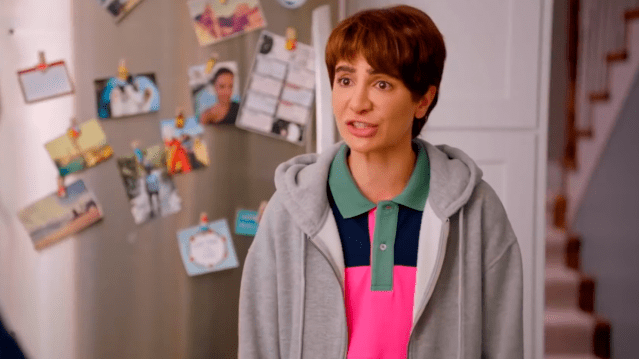 Earlier this year Warner Bros. Discovery announced TNT and TBS would no longer develop scripted content, and it seems this purge has applied to things already completed as well, as Chad will not be showing its second season there and needs a new home.

News of the comedy from former Saturday Night Live performer Nasim Pedrad drifting in the wind is reported today in a piece from Deadline Hollywood. The show is a coming-of-age work in which Pedrad plays Chad Amani, and has been well-received by critics and was the top scripted cable comedy series of last year. The network is supportive of the project, and the Deadline Hollywood report does say they are looking at options and that wherever season two lands, this platform would also get the first season as well.

“As we continue to assess content and implement a new strategy for our network, we can now share that season two of Chad will not air on TBS. We are proactively exploring various options to find the right home for it. We celebrate and thank Nasim Pedrad, the passionate creator, executive producer and star of the series, for sharing a bold, unexpected coming of age story with heart and humor. We also thank executive producer Oly Obst, co-showrunner Max Searle, and the entire cast and crew of Chad for their ongoing partnership and wish everyone continued success.”

Pedrad is not fazed by the development, and also says she has faith in her project’s future, too.

“I recognize the landscape of our industry is changing so quickly. Did I expect my show to get caught in the crosshairs of a corporate restructuring and merger? No. I’ve spent the last year making a season of television I’m really proud of. From the writer’s room to production through the edit, a team of very talented and dedicated people came together to tell a story we believe in. A hard comedy that portrays Middle Eastern characters from a place of empathy and humanity. I feel so lucky that Chad has an incredibly loyal fanbase. I know they’re going to love this season and I’m excited for the show to find a new home.”

The second season picks up after summer break and features Amani as class president. Along the way, Chad experiences a scandal which ends his presidency, finds love, and gets a visit from his tough grandmother from Iran while worrying about his popularity. There is no word on what places or streaming services may be interested in the project for their users as of this story being filed.