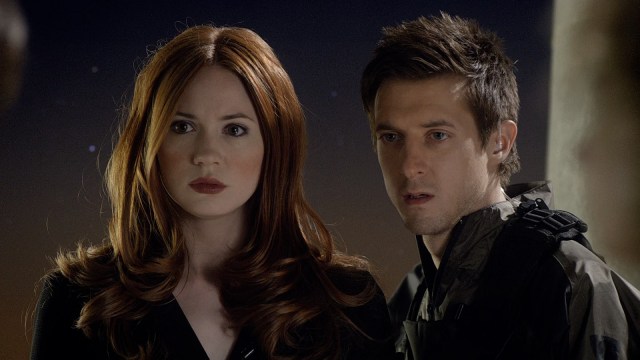 Returning Doctor Who showrunner Russell T. Davies seems to be doing the impossible for next year’s 60th anniversary special by bringing back David Tennant and Catherine Tate as the 10th Doctor and Donna Noble, respectively. Now that we’re getting the old family back, or at least some of them, could that courtesy also extend to Karen Gillan’s Amy Pond and Arthur Darvill’s Rory Williams, companions to Matt Smith’s 11th Doctor?

The last time we saw Amy and Rory was in season seven when the trio went to New York for an in-between-adventures picnic. When Rory went to get coffee, a Weeping Angel sent him back in time where he met his daughter Melody Pond. The Doctor and Amy track Rory down, but the Angels are relentless in their hunt, causing the 11th to lose his companions forever. The titular protagonist then goes through a depressive streak until he meets Clara Oswald (Jenna Coleman) and she brings him out of his reverie.

As for Karen Gillan and Arthur Darvill, the two actors have gone down as two of the most iconic companions in the history of Doctor Who, and given the fact that it’s been a decade since their last appearance on the show, a reprisal seems long overdue. Why are Whovians suddenly excited about the possibility of their return? Well, it looks like the Kissogram is at it again…

As fans sit in anticipation of news that more Doctor Who alums are coming back for the 60th anniversary special, Karen Gillan has sent the rumor mill into overdrive by posting an Instagram story of her and Darvill together in London, captioning it: “Went to London and saw Mr. Pond.”

London is admittedly a long way away from Cardiff, Wales, home to Doctor Who since its revival in 2005. Still, our nerd hearts can’t help but hope that this reunion hasn’t only served as a chance to reminisce about the good old days.

If Russell T. Davies is willing to bring back David Tennant, what’s stopping him from asking Matt Smith and Peter Capaldi, and for that matter, their companions, too?

For now, though, you’d be wise to take all of these rumors with not a pinch, but a boatload of salt.