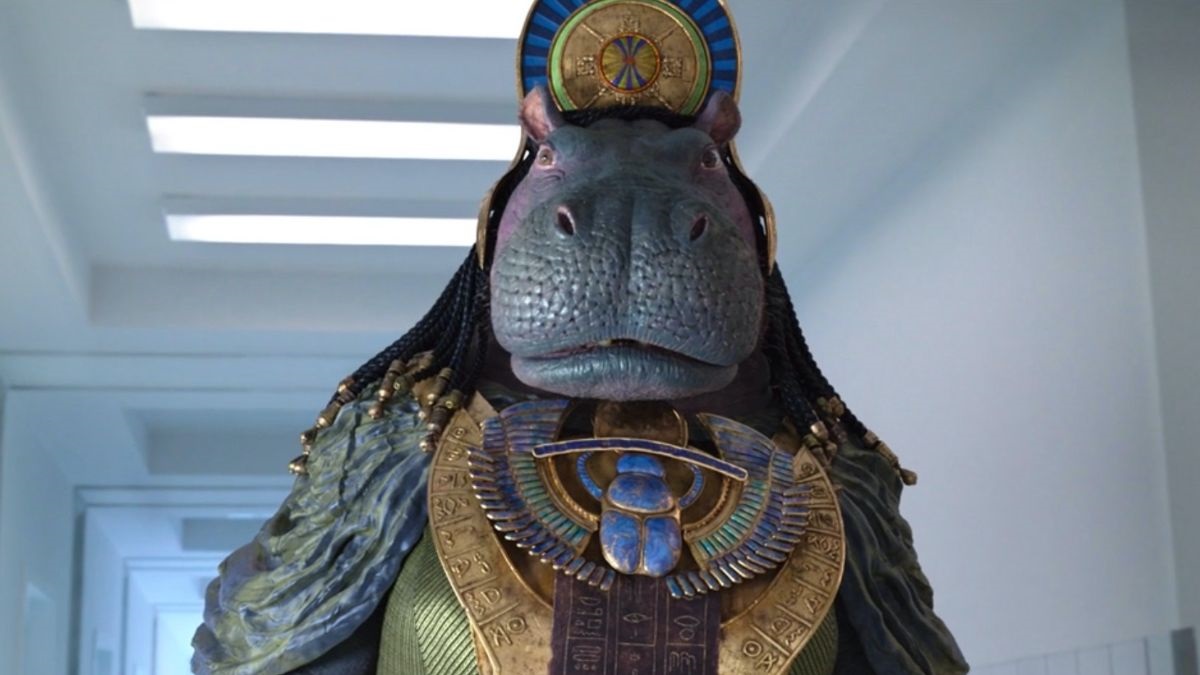 One of the undisputed highlights of Moon Knight was the adorable hippopotamus goddess Tawaret. Introduced at the end of the fourth episode, she proved an invaluable ally and was way more charming than grumpy ol’ Khonshu. Antonia Salib voiced and mo-capped her, and Layla becoming Tawaret’s avatar in the season finale means there’s a good chance she’ll be back for more.

But eagle-eyed fans noticed that Moon Knight had teased Tawaret way back in the first episode. Steven Grant began the story as a museum gift shop employee, with a very cute Tawaret plushie apparently one of their biggest sellers. Now talented fan artist Candel has posted a heartwarming picture of Tawaret cuddling the doll, which promptly went viral. Check it out:

Reactions are what you’d expect. This fan says this reaction is absolutely in character:

Others can’t get over how cute this is:

But, perhaps inevitably, there’s a demand for Marvel Studios to make the Tawaret plushie into official Moon Knight merch:

Everyone is hoping that Moon Knight isn’t the last we’ve seen of Taweret in the MCU. Layla’s ‘Scarlet Scarab’ persona was so warmly received that she may pop up in future projects unrelated to the Disney Plus show.

However, let’s hope she stays far, far away from Thor: Love and Thunder‘s Gorr the God Butcher, whose deicidal rampage looks like it’ll see the MCU’s growing collection of gods substantially trimmed down.