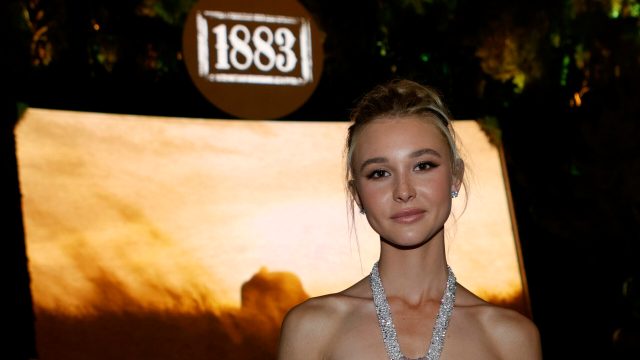 When Taylor Sheridan first introduced us to Yellowstone, we met the infamous Dutton family and learned that patriarch John Dutton’s attachment to his farm went far beyond the usual ranch owner. Yes, he wanted to keep the land in his family and give them prosperity and a means of income, but there’s so much more to the story — and that story begins with the Dutton family in 1883.

The Yellowstone prequel introduced us to James and Margaret Dutton and their children Elsa, John I, and Spencer Dutton. We saw the family through a heartwrenching journey to greener pastures as they happened upon new friends, enemies, and death unlike they’d ever witnessed. It was brutal, beautiful, and mesmerizing — it was a path through elements so unforgiving that surviving the journey seemed impossible. It was also the only chance they had. They started off knowing they could lose it all, and by the end, everyone had been touched by loss, especially Margaret and James.

Elsa wasn’t just the beloved daughter of the couple; she was also the series narrator. Each episode was recounted in an almost journal-like telling of a story about hope and love by the young woman herself. She spoke poetically and with a vulnerable truth, and fans quickly fell in love with Elsa. She signified the sunrise after a dark night and the cool breeze after a warm afternoon. Fans wanted her to get to the happily ever after at the end of the journey, but was that in Taylor Sheridan’s plan? The showrunner took us on an emotional journey; as we said before, not everyone survived.

So what was Elsa Dutton’s fate? Did she survive the journey west, and what did she uncover about herself on the way? Let’s take a look.

Who is Elsa Dutton?

Elsa Dutton is the daughter of James and Margaret Dutton, a fiery and brilliant young woman who saw all that life had to offer and went after it with abandon. As her family traveled west to chase the promise of vast land expanses, new opportunities, and a better life, Elsa focused on what was happening around them each day. Seeing the minutes instead of the hours, she easily understood the journey more than anyone else.

She also lived more than anyone else who ventured west alongside her family. Knowing that time is valuable and that tomorrow wasn’t promised, she lived each day with a zest for life. Sometimes that meant going against her mother’s wishes, and other times it meant she caused her father’s hair to grey very quickly, but they loved her with each ounce of their being.

Elsa and her family went on the journey west as she was in the most formative years of her life, and she found love and excitement there. First, with Ennis, the man who stole her heart with fervor and joy, meeting her where she was and feeling a thrill in being with her. Their time together was short, but the emotions they shared were intense; she loved Ennis with all of the magic that first romance brings, and she felt all the heartache when he met an untimely demise.

Yes, Ennis died far sooner than any of us would have hoped for, and that loss was felt profoundly by Elsa.

Elsa found love once again on her journey west; the next time was with a man named Sam. Sam and Elsa embraced what it meant to be alive and encouraged one another to live with authenticity and valor. Sam showed Elsa another way of existing and appreciating the world while she showed him a way to enjoy life and bonds that seem written in the stars. Their journey together was the most transformative time in the ride for Elsa and was also the most bittersweet.

Throughout the series, we saw stages of exploration through the lens of each character, but we found the show’s heart to exist in Elsa’s story.

In the heartbreaking finale for 1883, we saw Elsa take her last breath in her father’s arms. Having fallen victim to an infection thanks to an arrow through the liver, Elsa lost her life prematurely, and audiences were heartbroken.

Elsa’s family decided to go to Montana instead of Oregon after finding out that the settlers at the town they’d come across to find help for Elsa were part of the same group of men they’d seen dead a day before. Thinking that they’d certainly be blamed for their demise, they knew they needed to change course.

That change in the course led the family to what’s now known as the Yellowstone Dutton Ranch, and for a good reason, but we’ll get to that in a moment. Let’s get back to Elsa’s journey before her untimely passing.

We’d seen her overcome obstacles on their travels, find love and joy, and her last words to Sam, the man she loved and her husband by a beautiful heart ceremony, were that she’d see him again soon. What would become of them now? How long would Sam wait before giving up hope that his love would return? Why didn’t they get more time together, and how would her parents go on without their daughter?

These questions are of the lingering kind; Sheridan designed the series so that we saw an end for the journey but not for the characters who survived. Viewers were able to draw their own conclusions and write continuing stories for the next chapter. Some had been irreparably changed, while others had learned to cope with the new world, embracing the fact that they’d made it.

As she gave the exit narration for both her character and the series, Elsa notes that she’d already imagined her perfect heaven, “filled with good horses and open plains and wild cattle and a man who loves me.” The man in question was Sam, and during a peek into Elsa’s heaven, we see them running off into the wild unknown together, embracing every unanswered question.

“I know death now. I’ve seen it. It had no fangs. It smiled at me. And it was beautiful.”

So Elsa’s heaven was time with the man that she loved, and when she met death, she greeted it like a friend. Sam and Elsa did get their happily ever after, at least in Elsa’s afterlife — the joys surround her that she didn’t get enough of in this life, and she’ll be met by her loved ones when their time comes.

Where is Elsa buried?

The place Elsa is buried is monumental to the Yellowstone universe, and fans quickly realize it as somewhere special. In the scene where Elsa picks out her final resting place and then lies in her father’s arms, we recall a scene in Yellowstone where a father rests with his child who had passed into the afterlife.

There’s a tree that each father leans up against, both James and John cradling their children: Elsa and Lee, respectively. Times have changed between the scene in 1883 and the moment in Yellowstone — but the feeling is the same. They’re not just saying goodbye to their children at that moment; they’re saying goodbye to their hopes and dreams for their future. They’re bidding farewell to each dinner spent together, every vacation taken, every Tuesday night phone call, or Thursday night chat. They’re saying goodbye to every single moment of a future they should be here for.

Isabel May, who brought Elsa to life, says that it was her life’s mission:

“That’s the Dutton origin story, that’s where her family begins. That was her purpose, to get them there.”

Elsa got her family “there”, and “there” is the land that John fights daily to protect. Watching 1883 gave his battle more of a backstory. It gave it more of a human experience, something for fans to relate to. We know he made a promise to his father never to sell even an inch of their property, but it’s not just land to them. It’s where their family members lived, breathed, laughed, and loved; it’s where they cried and dealt with heartache and pain. The Yellowstone Dutton Ranch is the place where they created a home, not just a house and not just a place to make a living; it’s where their family flourished.

So Elsa’s journey ended far too soon as far as fans were concerned, but it happened for a good reason. Her untimely passing meant that her family built a future at exactly the right place and at the right moment. They found a home where Elsa took her last breaths, and it’s a beautiful story, albeit one full of tears.

If you want to watch the tear-jerker that is 1883 again, you can stream the series on Paramount now ahead of the season five kick-off of Yellowstone. Maybe giving it a watch so soon to the new episodes will help audiences keep some of the Dutton history in mind and give us a fresh lens to view Governor John Dutton as he’s sworn into office.

Here’s to the Duttons of today and those who started it all. May we all look at life like Elsa did — with wild abandon.