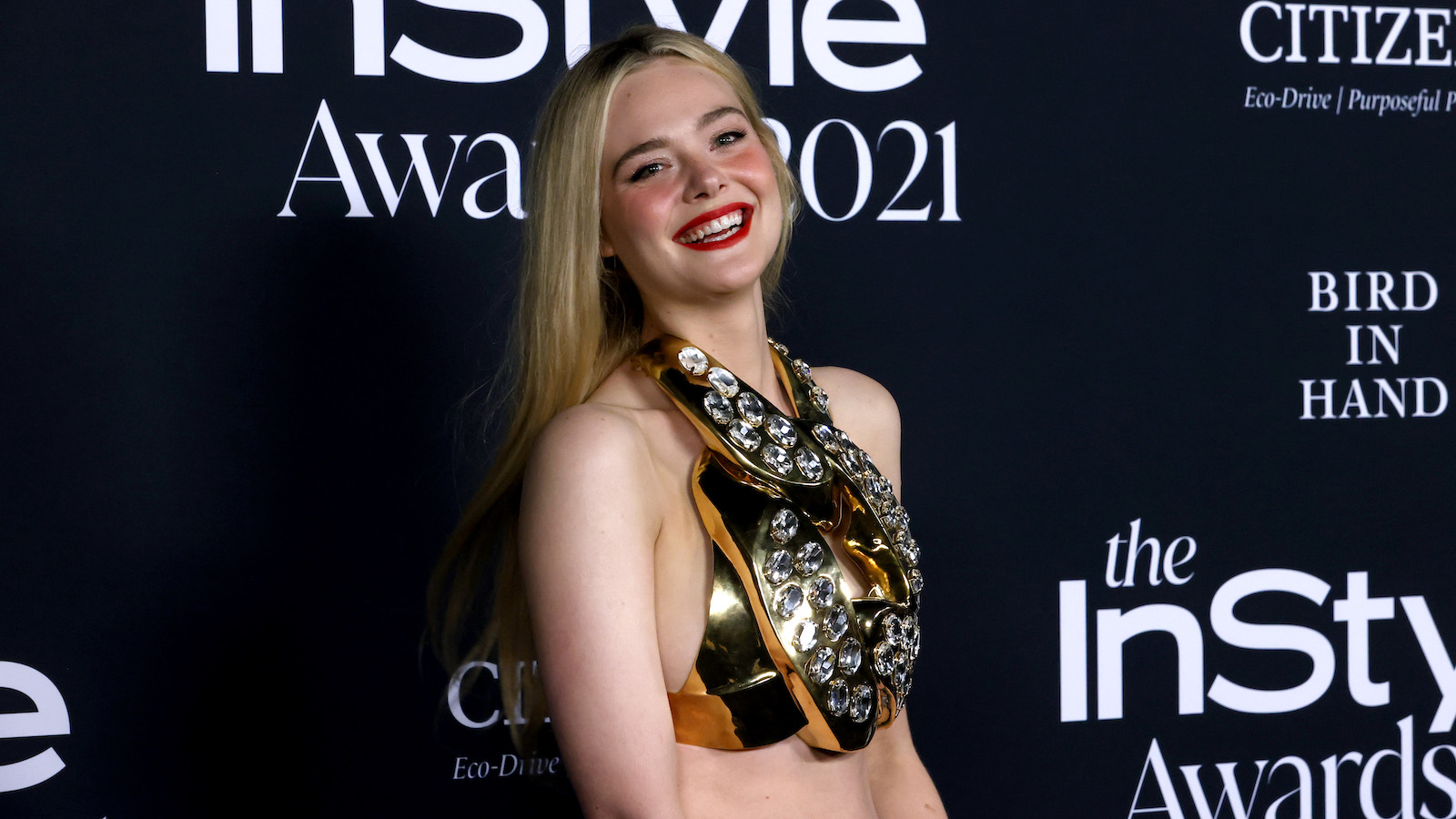 Some of the first photos from Hulu’s new true-crime docudrama The Girl From Plainville have been released and in them, star Elle Fanning couldn’t look less like herself. What she does look like is the spit and image of the real-life woman she is portraying, Michelle Carter, the defendant of the infamous “suicide by texting” case, The Commonwealth of Massachusetts v. Michelle Diana Carter.

Carter gained national infamy when, in 2014 she sent a series of texts encouraging her friend, Conrad Roy, 18, to commit suicide. Roy subsequently ended his own life by inhaling carbon monoxide. Carter was found guilty by a jury in 2017 and later served 11 months and 12 days of her 15-month sentence before being released early for good behavior. The trial and subsequent appeals created a mass of public debate over just how responsible Carter was for Roy’s death.

Photo’s show that Fanning’s make-up team -with the assistance of her own fair resemblance – have made her an uncanny doppelganger of Carter mimicking her high hairstyle and dramatic eyebrows to perfection.

The Girl From Plainville will mark Fanning’s second outing with Hulu. Fanning has already scored critical acclaim and a Golden Globe nomination for her work as Catherine in the Network’s The Great. Fanning shares an executive producer credit on the lauded series and will do so again for this latest effort. Mindhunter‘s Liz Hannah and Dr. Death‘s Patrick Macmanus will serve as showrunners on The Girl From Plainville. The miniseries will also feature Cara Buono and Kai Lennox as Carter’s parents Gail and David as well as Chloe Sevigny and Norbert Leo Butz as Roy’s parents Lynn and Conrad.

According to Entertainment Tonight, the series is based on the Esquire article of the same name penned by journalist, Jesse Barron. Regarding Carter, Barron told ET, “It doesn’t seem implausible to me that there were other stories in Michelle’s mind that reminded her of what was happening at that moment. And I think the question is whether or not she was writing some story in her head or writing some movie that for some reason had to end with him dying.”

It remains to be seen how much and what parts of that story make it into the upcoming drama.

Hulu will release The Girl From Plainville this spring.