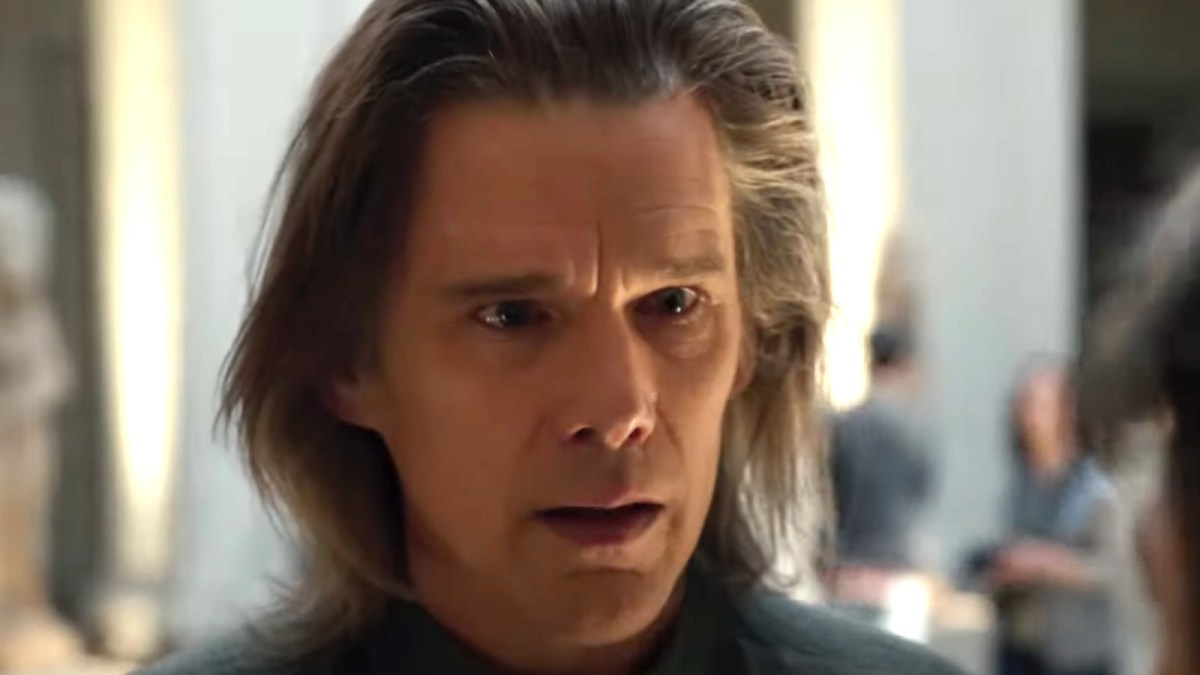 Naturally, most of the focus surrounding upcoming Marvel Cinematic Universe series Moon Knight has fallen on Oscar Isaac’s titular vigilante, which is perfectly understandable when the Disney Plus exclusive has one of the best actors in the business sinking their teeth into a complex, multi-faceted fan favorite.

As the old saying goes, though, a hero is only as good as their villain, so we’ve got high hopes that Ethan Hawke’s Arthur Harrow will match Isaac’s Marc Spector every step of the way. Based on what we’ve seen and heard so far, we could be in store for one of the most intriguing bad guys we’ve ever seen in the MCU.

Having previously compared his character to Waco figurehead David Koresh, Hawke has gone on to list a huge number of unlikely inspirations for his take on Harrow, the sort of figures that normally wouldn’t be under consideration for a monolithic family-friendly franchise like the MCU.

Continuing in that vein, the four-time Academy Award nominee revealed even more surprising points of contact while speaking to USA Today.

“For me, it was like putting Jimmy Swaggart, Leo Tolstoy, (Fidel) Castro, the Dalai Lama and Josef Mengele into a blender. That was the fun of it: What if Steve Jobs was a bad guy?”

That sounds suitably unusual, and given that it was Isaac who pitched Hawke the idea of boarding Moon Knight in the first place, we’re fully expecting the scenes between the two powerhouse talents to crackle with electricity and intensity when the six-episode limited series begins rolling out from March 30.