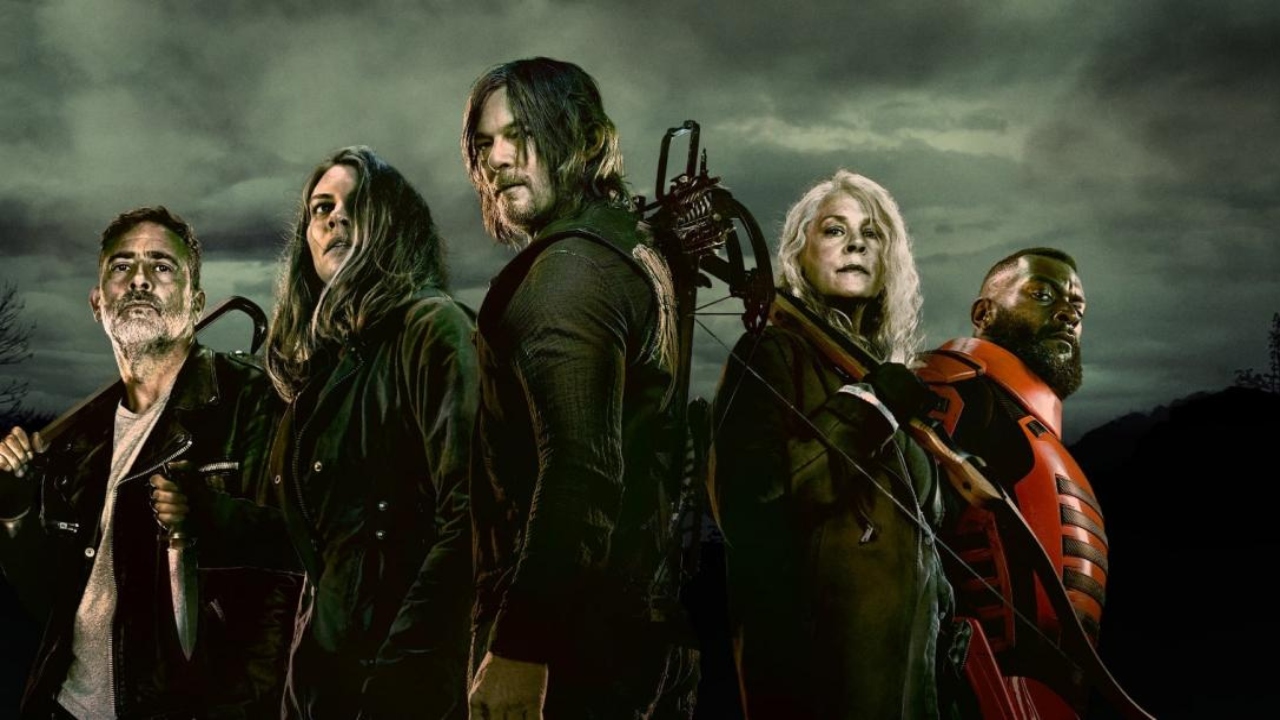 The Walking Dead‘s universe continues to expand while the heartbeat of the realm begins to slow. With the final episodes of the mainstay series just on the horizon, fans are feeling a bittersweet emotion about the franchise.

The Walking Dead kicked off on Halloween in 2010 and carved out an incredibly unique piece of pop culture history. A show concerning the undead and surviving an outbreak of unknown origins grew to be a show about love, relationships, community, and survival in ways we didn’t initially imagine.

With a storyline that multifaceted, it’s no surprise that an entire universe was born, and several spinoff series’ are already airing or in the works. From Fear The Walking Dead to the untitled Daryl Dixon spinoff, fans might be preparing to say goodbye to The Walking Dead, but we’re not saying goodbye to everything else just yet.

With two spinoffs already available for fans to watch, we’re giving you a look at the existing and the upcoming stories about survival at its most natural level and all of the emotions that go along with it.

With seven seasons officially under its belt, Fear The Walking Dead was the first spinoff in TWD’s universe, and it is still going strong. With an exciting eighth season on the way, new episodes promise that change is on the horizon, and it’s not going to be easy for anyone.

Fear The Walking Dead kicked off in 2015 and took place in California at the beginning of the outbreak. If you’ve yet to dip your toes into the first official spinoff of The Walking Dead, Rotten Tomatoes describes a short synopsis as follows:

The story is told through the lens of high school guidance counselor Madison Clark. The widowed mother is raising two children single-handedly and maintains a relationship with English teacher Travis Manawa, her apocalyptic partner. The challenge of blending their families is exacerbated by unforeseen chaos, and a necessary survival of the fittest takes hold.

Of course, with seven seasons under its belt, there’s a lot more going on than blending families and unforeseen chaos. It’s a full-on fight for survival against the undead and the living, who will do anything to survive. The rule book is out the window and uncrossable lines are crossed.

There’s no premiere date for the first episode of season 8 yet, but you can watch the previous seasons of Fear The Walking Dead on AMC Plus now.

The Walking Dead: World Beyond

Safety is a thing of the past in The Walking Dead: World Beyond, the third spinoff from The Walking Dead. It’s also a look at a new group of characters who have yet to experience the devastation of walkers — at least not in the way of TWD and FTWD.

The teenagers who have lived within a safe place — so the idea of walkers wasn’t as urgent — have learned to co-exist with them, at least in a way. Things change when they get a message that makes them fear for the safety of their father, and they must suddenly expose themselves to a world run not just by the undead, but the lawless.

Rotten Tomatoes shares the following synopsis for those who have yet to dive into World Beyond:

A group of teenagers sheltered from the dangers of the post-apocalyptic world receive a message that inspires them to leave the safety of the only home they have ever known and embark on a cross-country journey to save their father. Set in Nebraska 10 years after the zombie apocalypse, the limited series is the third television series in The Walking Dead franchise and focuses on the first generation to come of age in the apocalypse. The teens struggle with their roles in the outside world; some will become heroes and others villains, but all of them will be changed forever.

World Beyond aired for two seasons, with the series finale taking place in December of 2021. While the storyline won’t continue, the series was an exciting look at a different perspective of the realm we’ve spent so much time in. You can watch both seasons on AMC Plus.

Tales of the Walking Dead

Tales of The Walking Dead is an upcoming spinoff of The Walking Dead, the fourth so far and the only anthology series. Each episode will tell a new story of TWD‘s realm and highlight characters new and returning to give us a deeper look at the history of the “outbreak” and the characters surviving in it.

The Walking Dead World shared the following synopsis for the series:

This season consists of six original one-hour standalone episodes focused on both new and established characters within the walker apocalypse. Each episode has its own distinct tone and point of view – but the stakes are high in each story, pushing new, indelible characters with relentless, life-threatening choices and situations. We get to see the apocalypse through different eyes, discovering more worlds, mythos, and mysteries of The Walking Dead.

Premiering on August Aug. 14, Tales of The Walking Dead will deliver in star power and content.

Isle of the Dead

When Negan killed Glenn brutally and relentlessly, Maggie vowed (without saying a word) to seek vengeance. Negan hadn’t just taken the love of her life, but the father of her son, the man she wanted to share this twisted version of forever with, and one of TWD‘s most fantastic characters.

The most recent seasons have shown growth between the pair and a character arc for Negan that might signal some redemption, but we still never expected the two to pair up, especially for an entire series. Little is known about the show so far, and that’s likely due to The Walking Dead‘s final episodes on the horizon, but we do have some knowledge about what to expect.

Parade shares the synopsis as follows:

Isle of the Dead envisions the popular Maggie and Negan characters traveling into a post-apocalyptic Manhattan long ago cut off from the mainland. The crumbling city is filled with the dead and denizens who have made New York City their own world full of anarchy, danger, beauty, and terror.

Isle of the Dead doesn’t have an official release date yet, but it’s slated for a 2023 premiere.

The untitled Daryl spinoff was originally going to be a series that chronicled Daryl’s journey with Carol, but things changed in the last several months. It was announced in April that Melissa McBride had to split from the series but that Daryl’s journey would continue.

The series is being filmed in the UK, and McBride couldn’t relocate to film, but at the recent SDCC panel for The Walking Dead, Norman gave hope to fans that Daryl and Carol’s story isn’t over just yet. Fans have loved their bond since the beginning of the series, and there’s no way they’ll lose touch forever as the end for The Walking Dead draws nigh (we are choosing to believe that they both survive).

Much like Isle of the Dead, we expect to learn more about Daryl’s series as The Walking Dead airs its final episodes, but we’re crossing our fingers and hoping that it includes his motorcycle, that vest, and of course — Dog.

In another exciting announcement made at San Diego Comic-Con, Danai Gurira and Andrew Lincoln took the stage to announce that they’ll be starring in their own series after the wrap of The Walking Dead. The applause in the room was everything you’d expect, as their absence has left an enormous hole in the hearts of fans.

The last time we saw Rick, his loved ones thought he’d met an unfortunate fate. When we last saw Michonne, she was on the hunt for Rick after she’d found evidence that he might still be alive. The two said goodbye to The Walking Dead, and fans were told to anticipate a film project for Rick Grimes.

Until SDCC, that’s what we were all expecting, however, the six-episode series we’ll be getting is more than we could have hoped for. The show will focus on the romance between Rick and Michonne and how the unstoppable force that brought them together is the same force that allowed them to find one another again.

With existing spinoffs in the works, we’re not sure when to expect the Rick and Michonne spinoff or when we’ll learn more about it, but we’re crossing our fingers that the final episodes of The Walking Dead will lead us to some answers.

You can watch The Walking Dead on AMC Plus now while you wait for the last episodes to air this fall and for all the exciting future spinoffs.