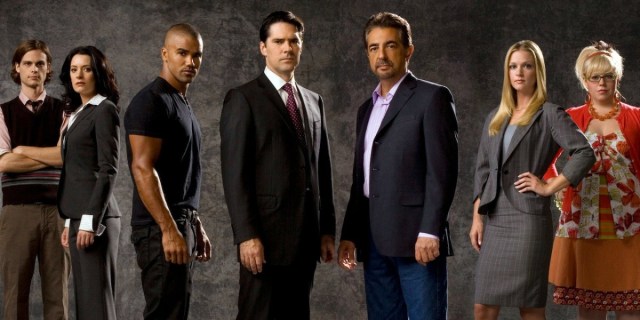 Though it’s only been two years since Criminal Minds officially ended and went off the air, fans have continuously called for more episodes and more time with their favorite characters. Criminal Minds introduced us to beloved characters such as Derek Morgan (Shemar Moore), Emily Prentiss (Paget Brewster) and, of course, Dr. Spencer Reid (Matthew Gray Gubler). Fans grew up with these characters and learned to love them, especially Matthew Gray Gubler’s character as he was one of the only actors to stay with the show since the very beginning until the very end.

Fans gravitate towards characters and actors like this and many actors remained and if not remained, at least continuously returned throughout the original run of the series. Loyalty like this creates a devoted fanbase and that’s exactly why a reboot of the original series is happening. Of course, there are questions about the reboot, but that’s what we’re here to discuss!

What is the reboot about?

With the reboot being led by previous head screenwriter of the original series, Erica Messer, it seems we’re in for an insane story. It will be canon to the Criminal Minds universe and will be like a mini season sixteen. The show will begin shortly after the pandemic when the behavioral analysis unit (BAU) comes face to face with a massive threat; one giant network of serial killers. Apparently, during the pandemic, an un-sub (unidentified subject) put together a network of them all, ready to pounce as the world reopens. The BAU is ready too, though, and the reboot will follow their mission to catch these killers.

The first thing on everyone’s minds is which characters will we get to see again? Most of the original cast has said they are returning, which is definitely a good sign. We have confirmation from Joe Mantegna (David Rossi), AJ Cook (Jennifer Jareau), Adam Rodriguez (Luke Alvez), Kirsten Vangsness (Penelope Garcia), Aisha Tyler (Tara Lewis), and Paget Brewster (Emily Prentiss) that they will all be returning.

Of course, this leaves Matthew Gray Gubler (Spencer Reid), Daniel Henney (Matt Simmons), Shemar Moore (Derek Morgan), and Thomas Gibson (Aaron Hotchner) as not marked to return. Moore and Gibson both left the show before it ended. Moore went on to star in S.W.A.T while Gibson left due to a disagreement with a producer. Henney and Gubler, however, were both with the show when it ended. According to Paget Brewster, in an interview with Looper, the two won’t be returning for different reasons. Henney is currently a part of the show Wheel of Time and that shoots in Prague, so the shooting schedules for the two shows simply didn’t align. As for Gubler, his possible return was a bit more complicated, as Brewster described:

“He did 15 years straight through. From 25 to 40, the guy was on one show, and that’s when we shot 22, 24 episodes a year. He was never able to go do other stuff, so I understand. He wants to direct. He graduated from NYU to direct, and his first audition was Criminal Minds. Imagine you never expected to be an actor and then suddenly it’s 15 years of your life. I understand why.”

It seems both actors have pretty solid reasons for not returning, but hopefully it doesn’t keep them away from all future Criminal Minds projects.

How long will the reboot be?

In regards to future Criminal Minds projects, there is a chance for more than just one season. At the moment, Paramount Plus has picked it up for a ten episode deal, however, Deadline reports that the cast has signed on for a multi-year contract. With that being said, if the reboot does well, there’s potential for even more Criminal Minds in the future.

When does the reboot release?

While there isn’t an official release date for the reboot yet, Paget Brewster did post and confirm that they were filming as of Aug. 8th, 2022. Her character, Prentiss, has a new hair style to debut that Brewster is obviously very excited about. All we know about the release, for now, is that the Criminal Minds reboot will be exclusively streaming on Paramount Plus.

As of right now, that’s all of the information we have on the reboot. However, as more releases, you can expect to find it right here!