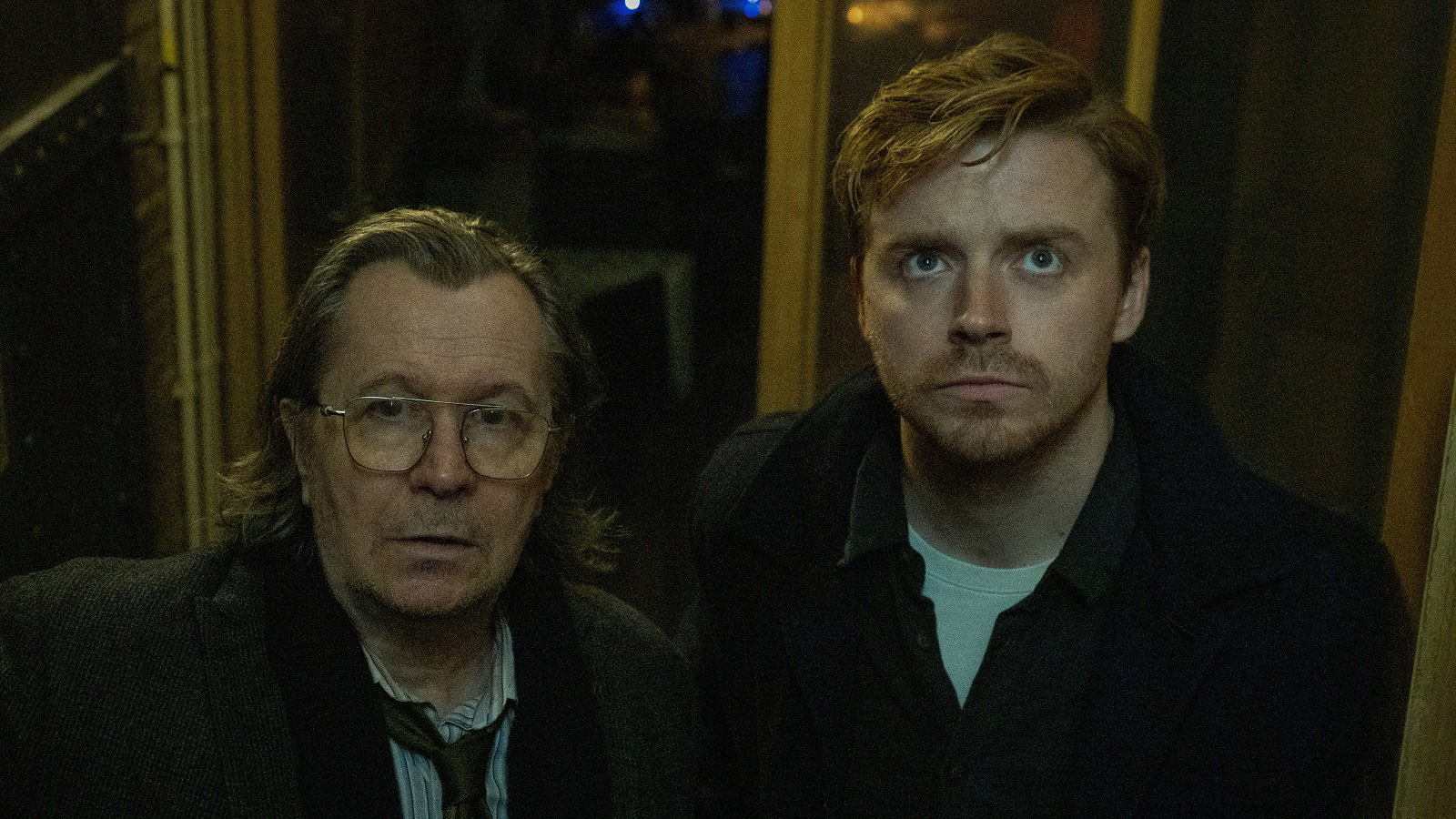 Slow Horses is a London-based espionage thriller, adapted for Apple TV Plus from the mind of author Mick Herron. The show introduces audiences to Jackson Lamb, a curmudgeonly MI5 section chief with unconventional methods and an aversion to basic hygiene. In the hands of Oscar-winning actor Gary Oldman, he becomes a flatulent force of nature, leading his small team of unwanted undercover agents into dangerous territory following a high-profile kidnapping snafu.

Aided and abetted by Jack Lowden’s River Cartwright and Olivia Cooke’s Sid Baker, this motley crew gets hounded around London’s suburbs. With murder, mystery and more than a few four-letter puns, Slow Horses is rounded out by Kristin Scott Thomas on blistering form as Diana Taverner. With talk of a second season already in the wind, We Got This Covered’s Martin Carr was invited to sit down with Oldman, Lowden, and Thomas to discuss their involvement in this fledgling spy series.

Kristin, having worked together with Gary on The Darkest Hour, how was it for you reuniting on Slow Horses, in completely different roles?

KST: It’s great, they are completely different roles. When you compare Jackson Lamb to Winston Churchill, it’s a bit of a shock. I think we work very well together, we’re both the same age, the same sort of generation, we came up through very different paths, but we have both been doing it for a long time, he to great acclaim. He is Gary Oldman, national treasure, and I am sort of a little more borderline, a little bit more, not quite sure where she’s from, is she French or English? I do a lot of films in a foreign language.

Each of us brings this experience to the set and we’ve both done a lot of work, but it’s so nice to be together. I can rely on Gary, because I know that Gary has done so much preparatory work for his role, he’s so on it as far as the details are concerned and the motivation for his character. To be fair, because he was in every day, he kind of knew where everything was, while my situation was very different.

It was the first time I had done long-form television, so I didn’t really know about how you pace yourself for something like that, when you’ve got a few weeks’ work scattered over a very long period, you never really get any momentum going. So, you come in and you might work on Tuesday and Wednesday, but then not work for another three weeks. It is all very, very scattered, so you never really get your teeth into something.

You have to learn all these kinds of techniques, which was very, very challenging to begin with, but because Gary is so well prepared and so confident in his knowledge of what this piece is about, I could completely rely on him. Even if I make a mistake, he will be able to cope with it, catch it and then turn that into something that can help his character and therefore help mine. So, it’s always a joy to work with him because he’s so responsive and clever.

In relation to your character, Diana, how much do you think she is a victim of her own hubris in the show?

KST: Well, I think she is very difficult to stop, she can’t see any line that she wouldn’t stride over. Diana’s nose is out of joint, because she’s number two, and number one is 10 years younger. Her relationship with Jackson Lamb has history and they came up together, rather like Gary and me. Then he went one way while she went another, keeping everything together in such a way that it is even apparent in the way she presents herself. In her manner, in the amount of words she’ll use, in the way she speaks, in the way she will make sure that everything is in place and nothing, nothing is stray. She wants total control over everything.

In any other piece that would be kind of annoying, I would be annoyed by the fact that the woman has to be impeccable in the rest of it, but actually, in this piece, it makes complete sense. Especially when you compare it with the slovenly, disgusting, Jackson Lamb. You can imagine Diana possibly eating sushi from the end, the very end of her chopsticks, picking up food and putting it in her mouth in the most precise fashion. Not eating whilst slobbering all over it like Jackson Lamb.

GO: For me, playing Jackson Lamb was like lowering myself into dirty bathwater. He came fully formed from the imagination of Mick Herron, who wrote this series of books. Jackson is an incredible creation and it was all there in the book on the page. All I had to do was come in and physicalize it, give it a voice and then just follow the map. A lot of my work as an actor was done for me, but it was so fully formed that I just thought, that even though I might not like the guy, I could have a really good time with him. That was the real hook for me, as well as this fresh spin that Mick Herron put on the world of espionage. He filled it with really relatable characters who feel like normal people. You never see characters in a James Bond movie going for a drink after work or heading to the laundrette. Dramatically, Slow Horses serves as a real window into their lives.

JL: Our dynamic is really interesting, because of how much I admire Gary as an actor. River has no admiration for Lamb, because as soon as they meet, this legend is revealed to be nothing but a massive disappointment. So it was quite fun to sort of look at you, look at Gary Oldman, then just shove any kind of respect or admiration deep inside and be disgusted instead.  I never thought I would ever be in that position, so it was a wonderful thing to play.

Gary, when it comes to meeting other actors, I assume there is a little bit of expectation on their part. Were there any particular areas of common ground you bonded over, if only to get past that first encounter?

GL: Was there an icebreaker?

JL: We swapped stories about Dunkirk and Batman, I don’t know if there was an icebreaker.

GL: I don’t know, you have a metaphysical kind of reaction to things, don’t you, when you meet someone and you just go, “Oh, I could like you.” We like one another and have the same sort of sense of humor and we just sort of …

JL: … anyone farts in the room and you and I would be on our knees.

And on that note, thank you so much, it’s been an absolute pleasure talking to you.