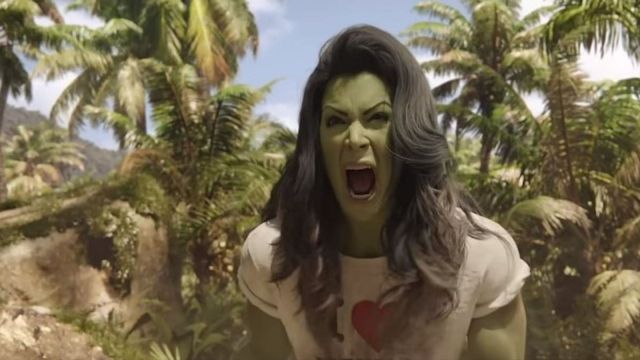 Marvel Studios is back with one big favor to ask — to not spoil She Hulk: Attorney at Laws’s ending during the series finale. The studio hints that something big is about to happen, and we’ll only find out once the final episode drops on Disney Plus.

Marvel reminded everyone on Twitter that the She-Hulk finale is coming very soon, and that now’s the perfect time to catch up if you haven’t seen the previous installments yet.

However, Marvel brought fans back to episode four of the superhero lawyer series, where Wong was annoyed by Madisynn after she constantly spoiled The Sopranos. The studio sent a subtle message to “don’t be like Madisynn” and watch the finale once it lands on Disney plus.

Marvel released multiple trailers for the show’s final episode on Twitter, but all of them reused old clips from the show and didn’t share anything new or gave hints on what happens next. However, just hours before the episode’s release, Marvel released a preview for the series finale, where Walters and Nikki Ramos investigate the people behind the hijacked broadcast in last week’s episode. Walters plans to take them down the legal way, while Ramos took a page out of Wong’s playbook and hinted to achieve their goals through other means.

Now is the perfect time to catch up with She-Hulk, as episodes one to eight are now available to stream on Disney Plus.