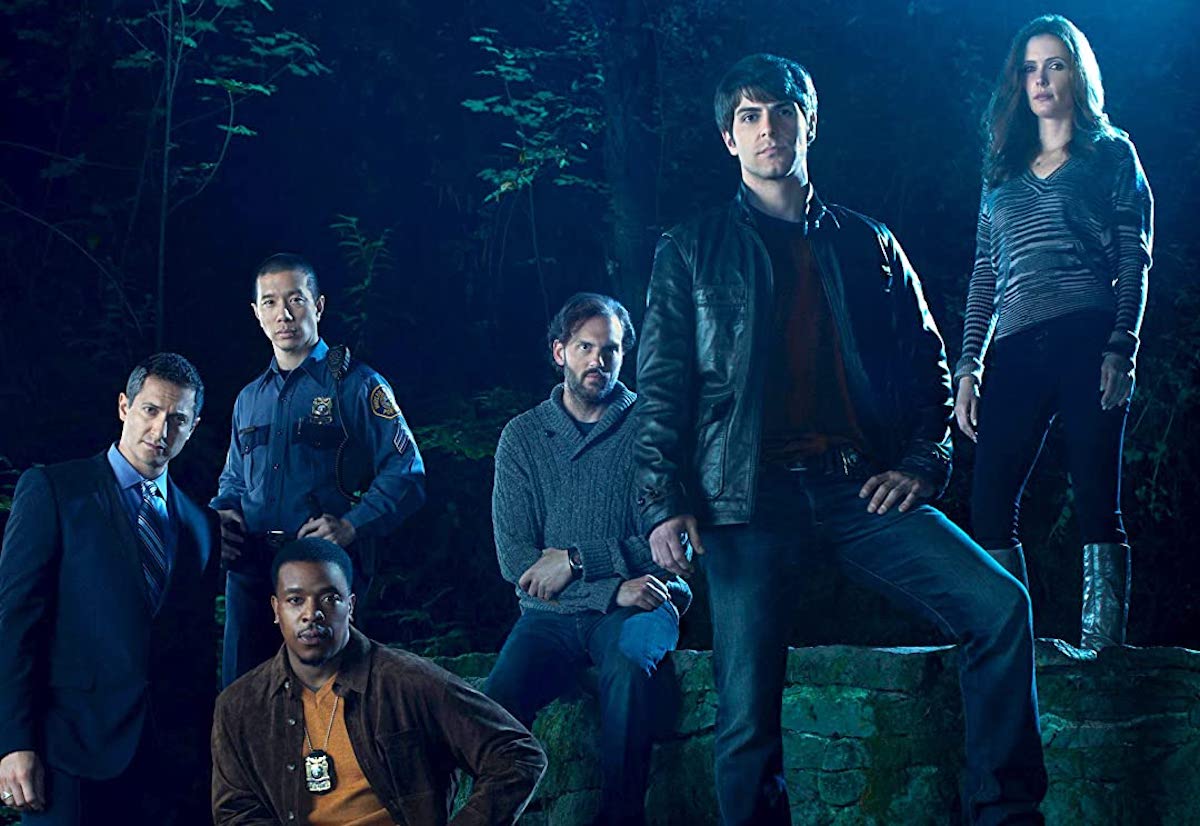 From 2011 to 2017, Grimm was one of the most entertaining shows to watch, since it’s filled with supernatural moments, magical creatures, and a ton of action. A detective from Portland named Nick Burkhardt does everything in his power to defend his city from evil creatures known as Wesen. Wesen beasts are part animal, part human — and fully up to no good.

Burkhardt teams up with his partner Hank, his colleague Sergeant Will, his friend Monroe, and his potential love interest Rosalie. Together, they go head to head against supernatural forces, both internal and external. At one point, he even has to go up against his Police Captain, Sean Renard. There’s so much to love and respect about a show like Grimm, including its incredible cast. David Guintoli plays the leading role of Burkhardt and does an incredible job. There’s also Bitsie Tulloch, Russell Hornsby, Silas Weir Mitchell, Claire Coffee, and Sasha Roiz backing him up. Here are some other shows that might remind you of Grimm.

Sleepy hollow is an adventure show that premiered in 2013. It lasted for four seasons and tells the story of Ichabod Crane, who suddenly wakes up after being dead for 250 years. Waking up in the future comes with a lot of responsibility. He must solve a pressing mystery that dates back to when the founding fathers walked the earth. Thanks to a magical blood spell cast on the battlefield where he walked during the revolution, he must also go head to head against the infamous Headless Horseman on his journey.

The story of Beauty and the Beast has been told plenty of times over the years. In fact, there’s an animated movie and a live-action movie that have both been produced by Disney. This particular TV drama lasted four seasons after it premiered in 2012. It’s about a detective named Catherine Chandler who discovers a clue while investigating a creepy murder. The clue leads her straight to Dr. Vincent Keller, which is more shocking than she can believe, since he’s supposed to be dead already. He supposedly died in Afghanistan back in 2002, but now that she’s figured out he’s alive, it turns her world upside down.

Viewers who love diving deep into fairytale stories will adore Once Upon a Time. It offers seven seasons of magical fairytale legends colliding with modern-day life. Emma Swan is living a relaxed and comfortable life as a bonds collector until her life gets completely upended. 10 years prior, she gave up a son for adoption. After she’s moved on, he suddenly shows up at her door to confront her. What makes the situation even more interesting is that her son believes she is the birth daughter of Snow White and Prince Charming.

There’s a lot of supernatural hysteria that takes place in Salem. It’s about a woman named Mary Sibley who holds the title of being the strongest and most powerful sorceress in all of Salem, Massachusetts. Her husband is extremely wealthy, but she mainly gets assistance from her ageless friend Tituba. Since Tituba doesn’t age, Mary’s able to lean on her in her most vulnerable moments and share her most pressing secrets with her. Mary knows deep down that Tituba will be around for the long haul.

One of the major questions asked in this show is: what truly fueled the infamous and deadly witch trials of the 17th century? The Salem Witch Trials led to the unfair deaths of 25 people. More than 200 people were accused of witchcraft and black magic in colonial Massachusetts in the 1600s. Interestingly enough, none of the people accused who were found guilty were burned at the stake. 19 individuals were executed by hanging. Salem touches on a bit of the history that inspired the show in the first place.

Being Human is the perfect show to watch if you’re looking for the perfect blend of horror, comedy, and drama. The television series is based on a BBC series of the same name and follows suit with a similar premise to the original. It’s about three supernatural individuals who live together under one roof. One is a vampire, one is a ghost, and one is a werewolf. They all deal with their own separate issues, trying to blend in with normal human beings without sticking out like sore thumbs.

The vampire in the house is constantly battling his desire for human blood and flesh. The werewolf in the house is trying to make sure he doesn’t transform into a beast at the wrong moment. The ghost in the house wants to make sure she doesn’t disappear into the afterlife permanently. They each have a lot to worry about and focus on, but fortunately, they have each other to discuss their concerns. This show premiered in 2011 and lasted for three seasons.

There aren’t a lot of supernatural shows that focus on mermaids, but Siren is certainly one to check out if mermaid entertainment is what you’re looking for. It’s about a mysterious area called Bristol Cove that was allegedly once the home to thousands of mermaids. When a secretive new girl named Ryn moves to town, she also brings along possible proof that the mermaid stories are indeed true. A local marine biologist named Ben finds himself drawn to Ryn and realizes he wants to investigate the potential of mermaid life more than ever before.

He takes it upon himself to go on a quest to uncover the truth about what exactly happens beneath the water at Bristol Cove. There are a handful of other mermaid shows to watch like H2O: Just Add Water, Mako Mermaids, and Tidelands. None of these shows are as dark and gritty as Siren though. A lot of the time when people think of mermaids, they think of Disney’s The Little Mermaid which is bright, poppy, colorful, and innocent. But Siren boasts seriousness and weight, instead.

Ghost Whisperer is a mystery series that premiered in 2005 and stars the stunning Jennifer Love-Hewitt, David Conrad, Aiesha Tyler, and Christoph Sanders in leading roles. The show is about a young woman named Melinda Gordon who somehow has the magical ability to communicate with earthbound spirits of individuals who have already passed away. In other words, she can easily talk to ghosts. The only ghosts who reach out to her are generally the ones who are in need of dire help. She uses her powerful ability to relay important messages and significant information to people who are alive around her on earth.

Since a lot of the messages she receives tend to be confusing, messy, and intense, she doesn’t always know how to convey them as perfectly and properly as the ghosts might hope she will. Love-Hewitt has starred in a multitude of shows and movies over the years, but Ghost Whisperer is certainly one of the best series she signed on to be part of. A lot of people wish they could still communicate with family members and loved ones who have passed away. This show sheds light on what it would be like for such a thing to actually be a possibility.

The Order is a drama that premiered in 2019 and lasted for two seasons. It’s about a student named Jack Martin who attends Belgrave University. He joins a secret society called the Hermetic Order of the Blue Rose and learns about a surprising world of magic that he never knew about before. Some of the magic is beautiful to experience, but it’s not all rainbows and butterflies. He must also face off against various monsters and daunting villains while avenging his mother’s death and fighting back against dark magic practices and werewolves.

Legion is one of the best sci-fi shows to binge-watch if you’re missing Grimm. Legion focuses on a young man named David Haller who deals with a schizophrenia diagnosis as a child. He gets moved around from one psychiatric institution to the next throughout his entire life. When he reaches his early 30s, he meets a fellow patient named Syd with whom he falls head over heels in love. After some emotional interactions with Syd, he realizes that the voices he sees and hears in his head might actually be legitimate.

The Magicians is a fantasy show that lasted for two seasons about a grad student named Quentin Coldwater. Since childhood, he was obsessed with magical fantasy realms and worlds. When he reaches his 20s, he learns that there is a magical world he can possibly access if he figures out the proper way. The only issue is that entering the magical realm might pose a dangerous threat to humanity as he knows it. He must make a difficult decision of whether or not he wants to ignore the magic he’s discovered or explore it further. Fans of Grimm can easily appreciate what The Magicians offers.