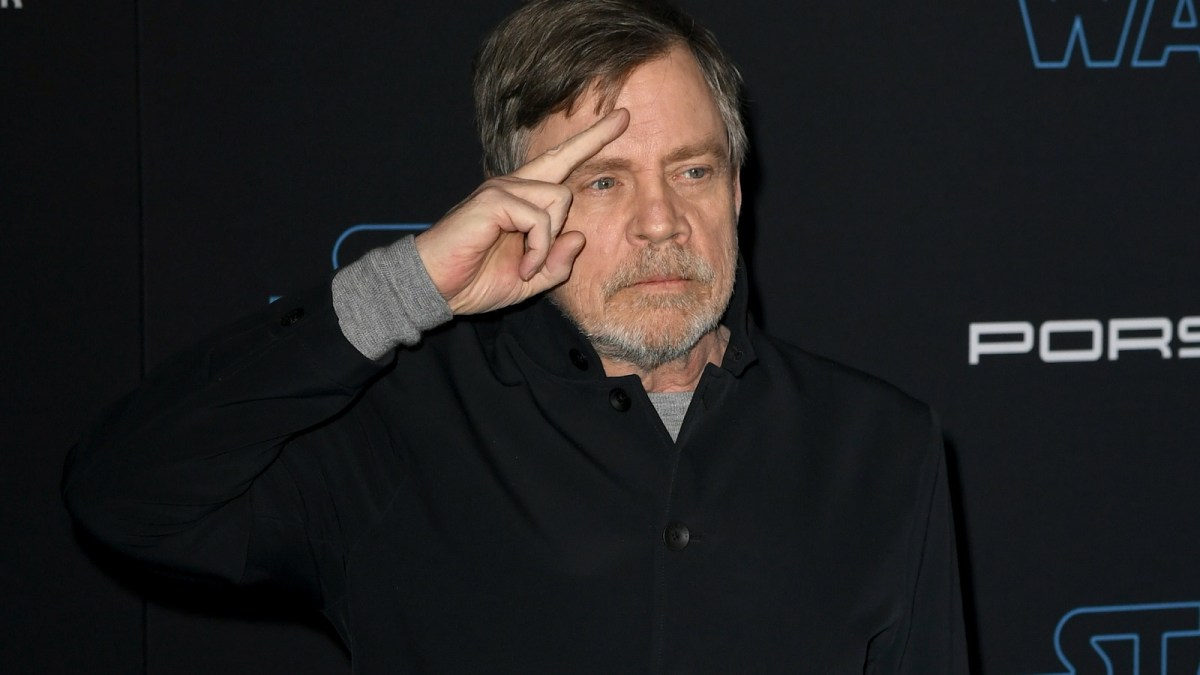 As tends to be the case with any James Gunn project, The Guardians of the Galaxy Holiday Special is peppered with cameo appearances from several of the filmmaker’s favorites and regular collaborators.

Michael Rooker makes a voice-only return as Yondu in the animated sequences that bookend the Marvel Studios Special Presentation, while The Suicide Squad star Flula Borg also swings by as a bartender. However, fans are adamant they’ve spotted none other than Mark Hamill for a fleeting second, and yet nobody’s talking.

The scene in question comes towards the end of the Holiday Special, and features a suspiciously familiar-looking face taking a swig from a bottle. As you can imagine, both Gunn and Hamill’s Twitter feeds have been blown up with people desperately seeking confirmation, but as of yet, neither of the noted sci-fi fanatics are talking.

Gunn and Hamill did have a social media exchange a long time ago that led many to believe he’d be involved in The Guardians of the Galaxy Holiday Special or Vol.3 in some fashion, but we thought nothing had ever come of it. Or did it? Well, we’re not entirely sure at this stage, but it certainly looks like the Star Wars icon if nothing else.

Every MCU project is loaded with Easter Eggs, cameos, and surprise guests, so we wouldn’t exactly be shocked were the longtime Luke Skywalker to come clean, but you’d have at least thought it would have been publicly addressed by either the actor or writer and director Gunn by now.