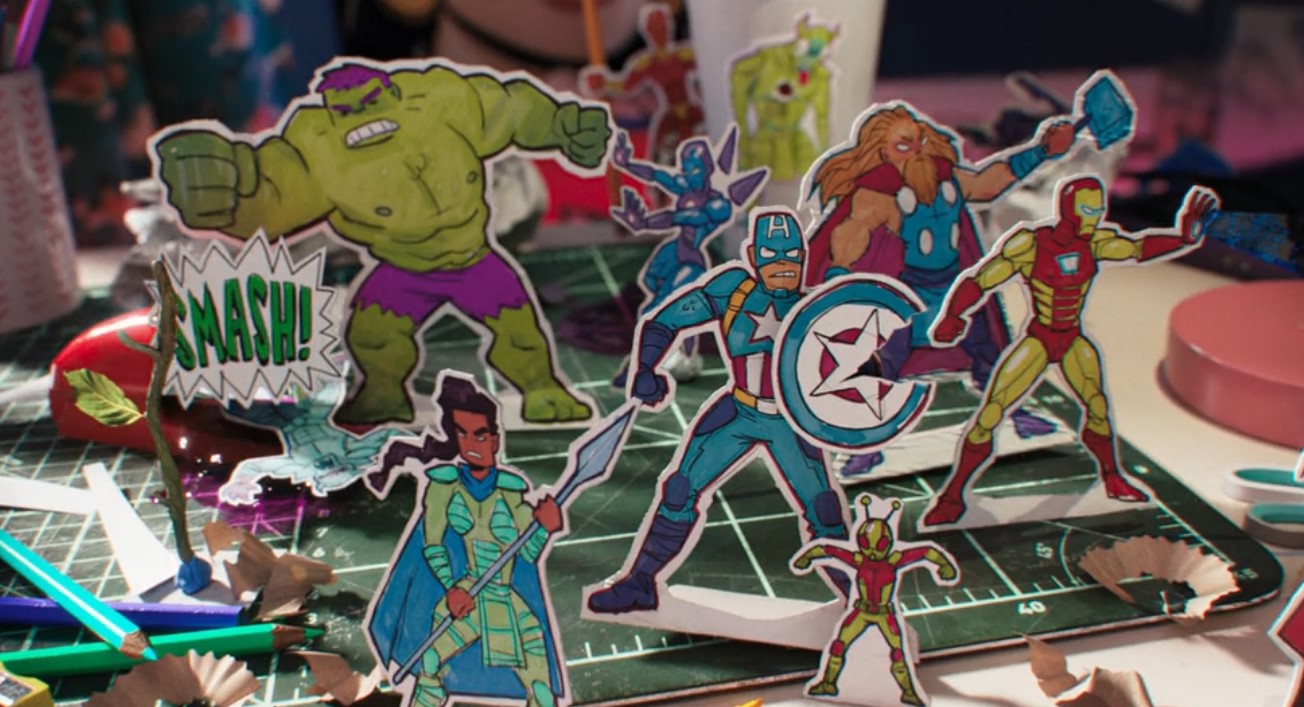 Marvel Studios’ newest hero is finally here. Ms. Marvel has just debuted its first episode on Disney Plus, introducing us to Iman Vellani’s Kamala Khan and giving us some cool insight into the in-universe Avengers fandom. The episode sees Khan attending ‘The New Jersey Avengercon’, but also shows us her awesome-looking YouTube channel.

Going by ‘Sloth Baby Productions’, Khan edits together a hand-crafted reenactment of Avengers: Endgame‘s Battle for Earth, albeit with a strong focus on Captain Marvel. It was a great introduction to the show and fans are loving it;

Others are loving the reality that the public knowledge of what went down comes from Scott Lang’s podcast interviews:

Khan’s perspective even adds a fresh light to a battle many have watched on repeat:

Others single out the soundtrack — The Weeknd’s Blinding Lights:

Ms. Marvel‘s first episode is a strong start for the show and should put to bed the rumors that Marvel Studios were concerned about newcomer Iman Vellani’s performance. With this, Moon Knight, and the upcoming She-Hulk: Attorney at Law it seems the Disney Plus is being used to expand what kind of stories and tones are used in the MCU.

But, whatever else is coming down the pipeline for Kamala Khan, it’s obvious she’s going to carve her own groove through the MCU. We can’t wait to see her finally enter the big time in The Marvels in a year’s time.

New episodes of Ms. Marvel are released on Wednesdays on Disney Plus.