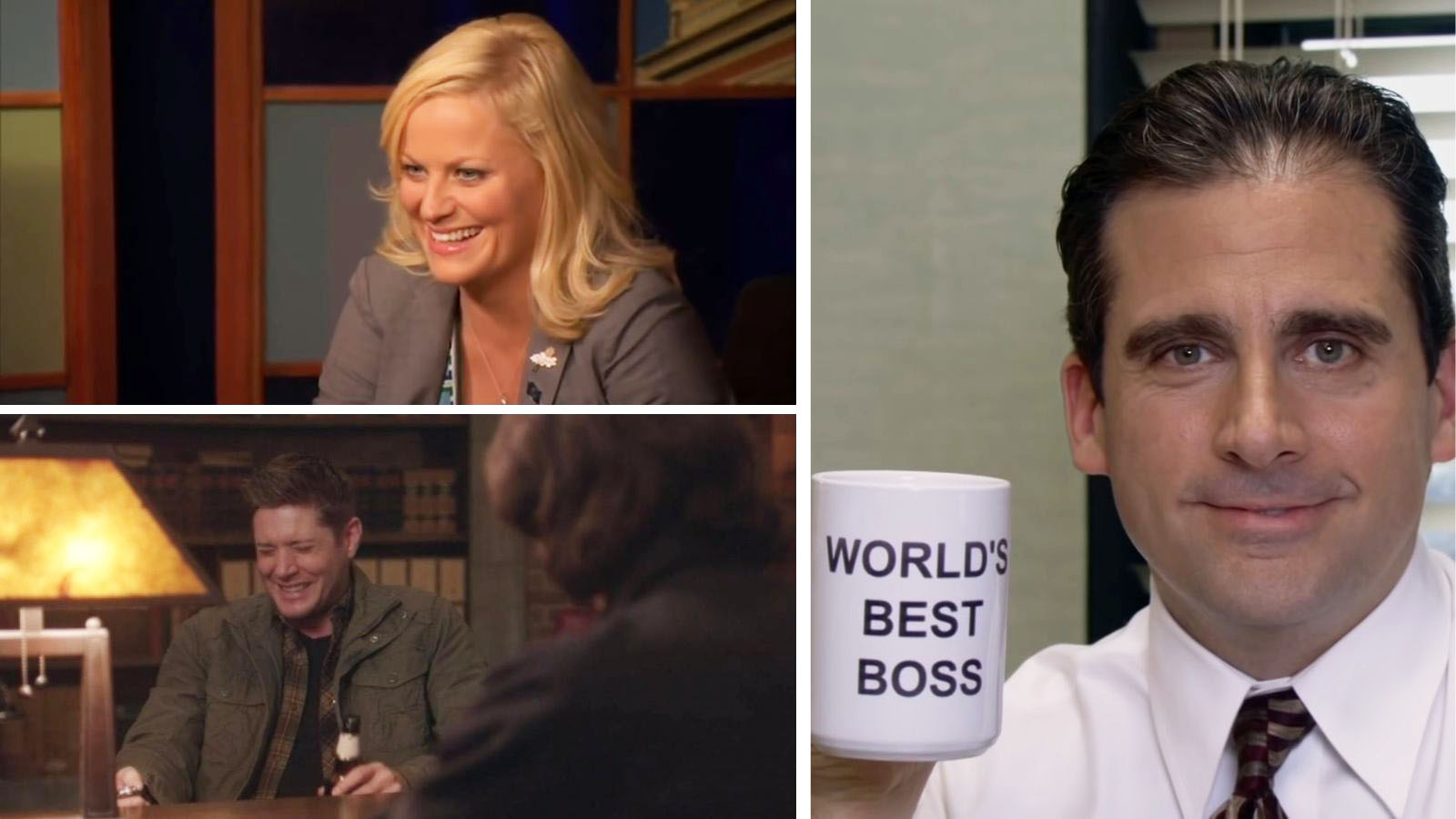 The process of recording and shooting a TV show may be an exhausting and arduous for the cast and the crew. Hours upon hours of hard work on top of long nights that never seem to end would surely exhaust anyone. Yet there’s a silver lining in every situation, and that’s where TV show bloopers come in.

Every show and cast will have situations leading to incredibly funny and borderline goofy bits on set, and much to our delight, there is always a camera around to record these exact moments. Comedy shows are especially known to contain top-tier blooper content for the fans, especially when one considers that the actors portray funny moments for a living, making it practically impossible for them to keep a straight face. If you are looking for a laugh with the funniest TV show bloopers on YouTube, stick around for these crews that will certainly make you shed a tear from laughing.

One of the most emblematic of comedy TV shows in the history, The Office premiered in 2005. Adapted from Ricky Gervais’ English sitcom of the same name, The Office shows the story of office workers at a paper company in Scranton, Pennsylvania.

With a seemingly uninteresting premise, the show has top-tier comedy and brilliant casting. Led by Steve Carrell as Michael Scott, the sitcom also has a number of popular names today, including John Krasinski as the prankster Jim, Ed Helms as Andy Bernard, and Mindy Kaling as the one and only Kelly Kapoor. A fun and laid-back cast clearly made up for a casual set environment just as pleasurable, evident by their hilarious bloopers.

Community premiered in 2009 with the premise of a suspended lawyer, Jeff, who is forced to enroll in a community college. In this college, Jeff meets quite the eccentric and unique student body, including the studious Annie, played by Alison Bree. The rest of the main cast also includes Donald Glover as the “sporty” Troy alongside his quirky and nerdy best friend Abed, played by Danny Pudi, and Gillian Jacobs as the hipster Britta.

The cast grew closer together through the course of 6 years, creating great memories along the way, some of which are forever immortalized by the bloopers from this hilarious and silly show.

At the top of any comedy show aficionado’s list, Parks & Recreation (also known as Parks & Rec) is TV series about the park and recreation department in the fictional town of Pawnee, Indiana. This American political satire mockumentary was produced by Amy Pohler, who also plays Leslie Knope, the main character. Leslie intends to go from being a mid-level bureaucrat to actually making a change in Pawnee parks, and even accomplishing larger achievements as the cheerful idealist that she is.

With a brilliant cast containing other big names like Nick Offerman, Adam Scott, Chris Pratt, Aubrey Plaza, Aziz Ansari, and Rashida Jones, this assortment now known throughout the comedy world has some of the funniest moments on and off-screen, and thankfully anyone can attest to that from their numerous bloopers.

Known for its dark humor and talented cast, Always Sunny In Philadelphia is the longest-running American live-action comedy series, with an impressive running time between 2005 and 2019. Recently renewed and expected to continue until its 18th season, Always Sunny is incredibly acclaimed for its unique and peculiar sense of humor that had guaranteed the show its large cult following.

Following the lives of Charlie, Dennis, Mac, Dee, and Frank, the audience meets a completely dysfunctional dynamic in this group of friends. Owning and tending an Irish bar, Paddy’s Pub in Philadelphia, this group of narcissistic and sociopathic people thrives on the fact that they are completely maladjusted to society. Also written and produced by its cast, this show definitely has some of the funniest bloopers on television.

Although comedies tend to have the funniest bloopers, this dark fantasy drama does not disappoint. As the longest-running American live-action fantasy of all time, Supernatural aired its last episode in 2020, ending the show at 15 seasons and a total of 325 episodes.

Supernatural depicts the lives of Sam and Dean Winchester, two brothers who take on the family business and follow their parents’ footsteps of becoming hunters. These brothers hunt paranormal creatures, including demons, vampires, shape-shifters, and even the Devil himself. Because of its long run, Jensen Ackles, Jared Padalecki, and Misha Collins got significantly closer with each other as well as with the crew, creating innumerable bonding moments on the set, as made obvious by their many bloopers where they just can’t keep a straight face.

With a special place in everyone’s heart, Friends has the nostalgia factor in its favor. First airing in 1994, this American sitcom took over TV screens for 10 years, and even today is still a part of many households, regardless of age. Family-friendly and with jokes that appeal to everyone, Friends is about a group of 6 friends in Manhattan and their funny and relatable struggles through life.

Considered to have the funniest blooper reels on TV, Friends’ Jennifer Aniston, Courtney Cox, Lisa Kudrow, Matt LeBlanc, Matthew Perry and David Schwimmer bring life to the cherished friends Rachel, Monica, Phoebe, Joey, Chandler, and Ross. Life often imitates art, and even after nearly 30 years since the show’s premiere, this cast remains as close as ever, the bloopers proof of their strong bond.

With over nine seasons and 180 episodes, Seinfeld is a treasured American sitcom created by Larry David and Jerry Seinfeld. The show is about Seinfeld (a fictionalized version of Jerry Seinfeld himself) and his three best friends. Mostly set in an apartment building in Manhattan, Seinfeld shows the mundane day-to-day life of these friends and their mindless tasks throughout the day.

The premise of the show revolves around Jerry Seinfeld, a stand-up comedian and a minor celebrity in Manhattan, accompanied by his ex-girlfriend Elaine, portrayed by Julia Louis-Dreyfus, Cosmo Kramer, played by Michael Richards, and George Constanza, brought to life by Jason Alexander. Through their quirks and misadventures, the four friends navigate life together, and the audience has the fortune of seeing the cast’s funniest moments through their bloopers.

So here it is, if you ever find yourself with idle time and in need of a laugh, the funniest bloopers on TV are a great source of entertainment and a great way to get to know the actors who bring our favorite characters to life.