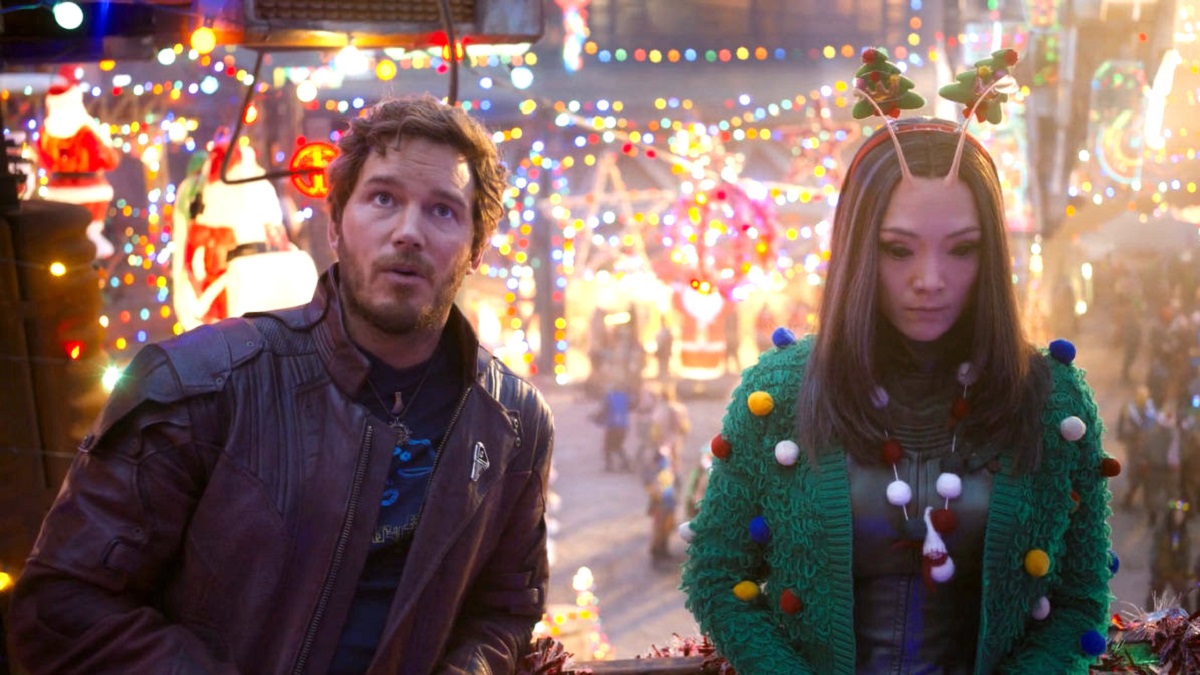 This article contains spoilers for The Guardians of the Galaxy Holiday Special.

Actor Pom Klementieff shared her point of view on the massive revelation about her character in The Guardians of the Galaxy Holiday Special.

Per Collider, Klementieff was elated about the family ties that bind Mantis and Peter Quill/Star-Lord (Chris Pratt). As it turns out, she has known about it for years but had to stay tight-lipped.

“I’m excited about the big reveal at the end. It reinforces the connection between Mantis and Star-Lord, and it’s really cute. So I’m excited for people to see that. And also it’s like it’s secret that I had to keep for myself for years. So I’m relieved that it’s going to be out there and some fans speculated about it already, so it’s cool.”

In the holiday special, Peter is downhearted about the absence of Gamora (Zoe Saldaña). It also comes to light that Yondu Udonta spoiled the Christmas holiday for him during his childhood. Mantis and Drax (Dave Bautista) feel moved to cheer up their friend by retrieving a special gift for him from Earth.

A heartfelt and compassionate gesture from Mantis takes on a deeper meaning when it comes to light that she is the daughter of Ego (Kurt Russell) and, thus, the half-sister of Peter. The siblings share a wonderful friendship independent of their family relationship.

The Guardians of the Galaxy Holiday Special captures the truth that family bonds can grow from love as much as from a blood relationship. Sometimes families are born from choice, not birth. At its best, a family creates spaces where people can thrive in the spirit of trust, acceptance, and respect.

The beauty of Mantis’ relationship with Star-Lord is that while they both shoulder the weight of being the children of Ego, they have each other. They are no longer alone, as they move through life with a parental figure corrupted by an insatiable appetite for self-aggrandizement that eclipses his ability to recognize or fulfill the needs of his children or anyone else.