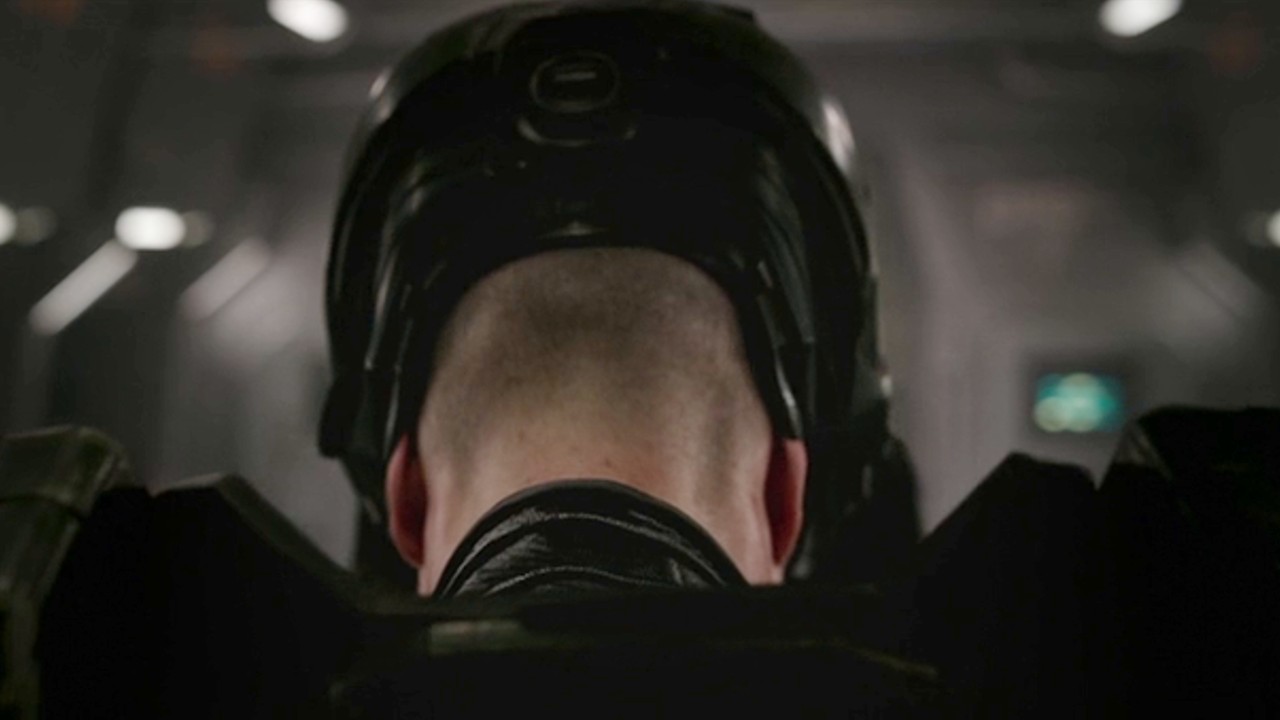 One of the biggest moments in the Paramount+ show Halo is one that never happens in the video games at all – the removal of Master Chief’s helmet. Now the composer of the show, Sean Callery, is opening up about what that scene meant to everyone.

In an interview with Comicbook.com, Callery said he thinks the reveal “works really well” despite the fact that he didn’t know the weight that moment held for fans.

I did not know that his helmet coming off was as big a deal as it was. It certainly was a big deal in the show in that it’s the first time we see the actor’s face, and it was a big reveal. So that I recognized as being the case, and I scored it as such. But then we were playing it back, and we went through a lot of different permutations of trying to get the tone of it just right, and they said, ‘You do realize that he never takes off his helmet in the game?’ I said, ‘No,’ I said, ‘Oh my God. I didn’t know that.’

And it was a good thing he didn’t. Callery said that if he realized how important the scene was, he may have been “even more self-conscious about it.”

You know how when your mother says, ‘Bring this over to the table. But it’s very fragile. Don’t break it,’ and then you get so nervous you trip? I wanted to make sure that what I did was authentic, and I think the moment works really well. I hope the fans agree, and we’ll just see where the chips fall. But I didn’t know the significance of it fully. I recognized in the story when we filmed it, when I saw it I said, ‘This is a big moment,’ because of the way they filmed it. But I didn’t realize how big it was. So, that’s pretty funny. I thought it was pretty funny.

Halo has been a smash hit so far for the nascent network. The show was the most-watched series premiere in its first 24 hours of release in the history of Paramount Plus, according to Deadline. While the streamer didn’t reveal numbers, we can make some guesses, the previous holder of that title 1883 pulled in 4.9 million viewers when it premiered so Halo must have brought in an even larger crowd.

Reception has been mixed but fairly positive. The show has a 61% rating on Rotten Tomatoes, with an audience score of 63%. The consensus is that the adaptation is not as good as something like The Mandalorian, but it’s not terrible either.