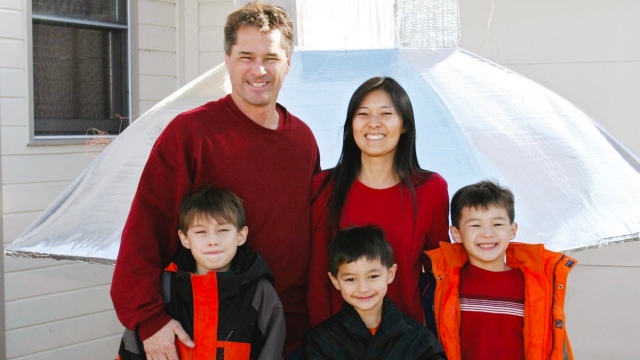 Entertaining, educative, and oh so controversial, Wife Swap was a reality television series that featured two wives, usually extreme opposites of one another, switching families for a short period of time.

The women often faced serious challenges as they tried to cope with the drastic lifestyle differences of the new family they’ve been sent to. While trying to adapt in their new surroundings, they often learned about how to properly balance their homes to accommodate new experiences.

While the show was a ratings hit, some episodes stood out for packing all the drama and entertainment. Here are 10 of the best Wife Swap episodes to give a rewatch.

This episode shows a devout stay-at-home mother swapping homes with a ghost-hunter. Karen Sutton is a soft-spoken woman who is treated like a maid by her family. She does all the house chores without the help of her husband and three daughters. Samantha Myers is an Illinois ghost hunter who believes her family is supernaturally gifted. Sam goes to work as an executive to support the family while her husband stays at home to care for the house and their four children. She expects her husband to teach her children to be self-sufficient as she does not like children. What ensues in this episode makes for a very thrilling swap.

This episode has a pampered Tennessee mother switch places with a hard-working dairy farmer. Christie Baker is a pampered wife and mother who believes she deserves the “princess treatment” and leaves all the house chores to her husband, who also works a 60-hour week. Meanwhile, Audrey Donahoe is a mother who cooks, cleans, and cares for over a hundred cows with her family. Audrey values hard work over all else, and after the swap, has to teach her new family that things don’t come for free. Christie on the other hand, has to do more work than she had ever imagined possible, alongside caring for the six Donahoe children.

This episode has a New York City mom and a Kentucky llama rancher mom switch places. Fran Lassell is a llama rancher with five children who works all day on the ranch. The house chores are shared by Fran and the children as her husband is barely home. Lily Nozario spends her life out partying and clubbing with her teenage daughter, and leaves the house chores to her husband and her son. Nazario will try to help Lassell’s children let loose and enjoy their childhood a bit more, while Lassell teaches Lily’s kids about modesty and restraint.

In this episode, a Maryland mother switches homes with a stay-at-home Ohio mother. Ellen Herman is a real estate company vice president who works late hours and leaves her family in the hands of a housekeeper. On the other hand, Donna Fontaine is a stay-at-home mother who loves sales, discounts, and coupons. Ellen is thus left to provide care for the cluttered Fontaine house, filled with all Donna’s hoarded purchases.

This episode featured Dena Weiner, a California fitness enthusiast and mother of three, and Dawne Smith, an overweight Florida mother of two. While Dena has a tight schedule of sports activities and strict diets for her sons, Dawne feeds hers all sorts of junk food. As the two mothers try to overcome the drastic differences between their homes, they begin to work on a balance between fitness and comfort.

What happens when a pro-military wife and an anti-war wife switch homes? Cheri Patrick is an ex-air force senior airman and mother of three, and Mina Leierwood is a pacifist art teacher and mother of two sons. The contradiction of their beliefs made for an entertaining watch as the audience anticipated either a shift in perspective or a wider rift being torn.

One of the most famous episodes of Wife Swap is the exchange between Susan Heiss, the wealthy housewife, and Sienna Kestrel, an eco-friendly mother. The Heiss family leaves the cooking and cleaning to their mother while the chores are shared equally between the members of the Kestrel family. The Kestrel family cleans their home at least eight times a day and takes time to dumpster dive if it means saving costs and space. The Heiss family on the other hand barely does any cleaning, leaving grime and dirt in their big home.

Michelle Parsons is a single mom who works as a waitress to provide for her three daughters who have become unruly and unmanageable. Elaine Bramhall on the other hand is an order-oriented and mother of two boys who believes in making her children model citizens.

Marilyn Milorey is a video game addict and her husband and son are quite lazy. They spend at least five hours a day playing video games, leaving Marilyn to do all the cooking and cleaning herself. On the opposite end, The Boyd family treats everything as a competition. The matriarch, Tammy Boyd, has an organized regiment of sports activities for her three children who are athletes, and this includes staying off the internet. Marilyn will have to catch up with the fast-paced athletic lifestyle of the Boyd family, while Tammy will try to help the Milorey boys stay away from their computer screens.

This episode has a prim and proper Virginia mother swap homes with an athletic and tomboyish mother. Donna Deeken is a woman who believes in being a traditional woman with ladylike etiquette and manners. She does light housework and spends the rest of her day preparing for posh tea parties and fancy soirées. Switching roles with her was Sandy McCaslin, a powerlifter whose family holds three powerlifting world records. They live in an abandoned schoolhouse that they’d renovated into a gym and spend every minute together. With the contrasting women swapping homes, Donna might have a thing or two about femininity to share with Sandy’s two daughters.