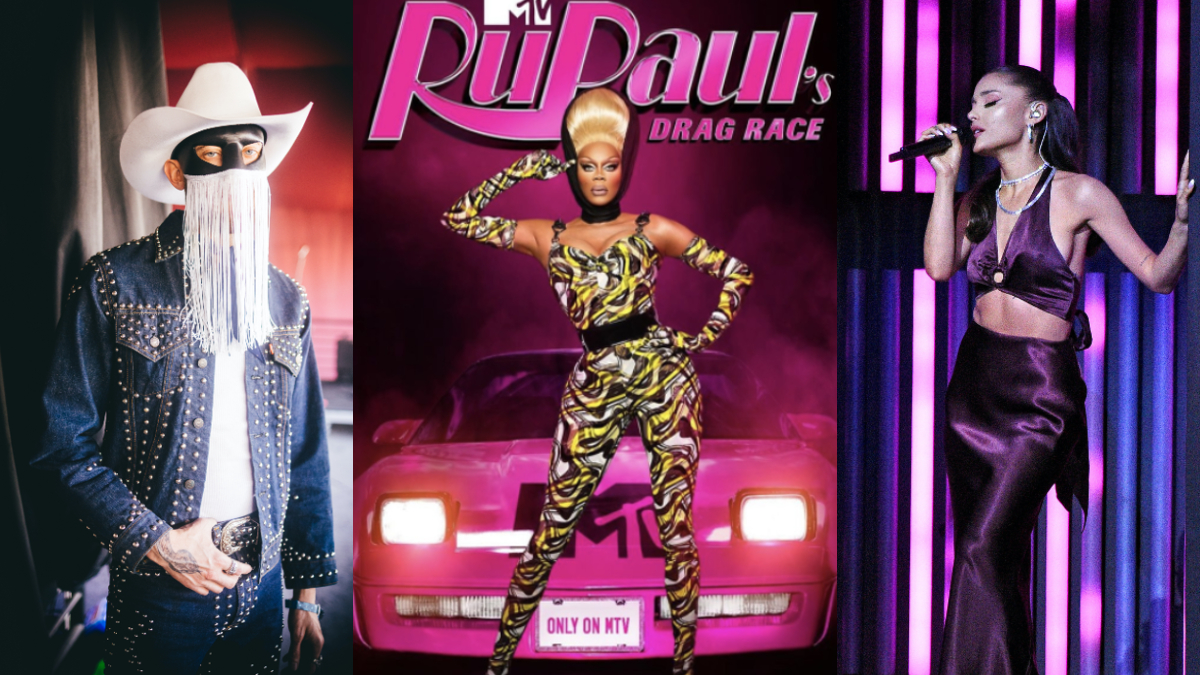 On Jan. 6 the milestone season will kick off it’s two hour premiere on MTV as 16 brand new drag queens enter the workroom, each fighting for the title of “America’s Next Drag Superstar” and the cash prize of $200,000 thousand “doll-hairs,” as Mama Ru likes to say.

The season is being dubbed the franchise’s “biggest” and best, and it’s hard to disagree when looking at its first official trailer, which includes what appears to be the first outdoor mini challenge in years and a talent show the likes of which we’re only used to seeing on All Stars.

Ever since the COVID-19 pandemic, RuPaul’s Drag Race has had to work within the limitations of socially distant safety protocols. Season 14 was the first that felt like thing were slowly creeping back to normal, but season 15 feels like the good ol’ days again, filled with lots of backup dancers, a crowded judging panel, and outrageous maxi challenges.

What’s a judging panel without some comedy? Stand-up comedian and actress Ali Wong will make her Drag Race debut as one of this season’s guest stars and we are confident she will deliver those main-stage one-liners that we all live for. She is best known for her Netflix stand-up specials, which will include her upcoming Ali Wong: Don Wong special come Valentine’s Day 2023.

She’s a bonafide actress now, but Amandla Stenberg received her big break at just 14 years old when she starred as Rue in The Hunger Games. Since then she’s gone on to win numerous awards including Critic Choice and Teen Choice Awards. In 2018, she starred in the film adaptation of The Hate You Give and in 2022 starred in the popular horror movie Bodies Bodies Bodies.

She truly needs no introduction, but we’ll give her one anyway. Ariana Grande is one of the biggest artists in the music industry with a long-standing reputation for being an LGBTQ+ ally. Not since Lady Gaga in season nine has Drag Race nabbed such a high-profile guest judge. Guess they weren’t kidding when they called this the “biggest” season yet.

You know him as Guillermo de la Cruz from the FX hit show What We Do in the Shadows. Harvey Guillén is a 32-year-old actor whose become a recognizable face in the LGBTQ community and has even hosted Drag Race alums like Jinkx Monsoon and Trixie Mattel on his Behind the Shadows podcast.

It was only a matter of time until Hayley Kiyoko returned to the main stage. After winning money for her charity in the first season of RuPaul’s Celebrity Drag Race, Hayley Kiyoko proved why she’s one of the most popular LGBTQ musicians. Her personality has made her a fan favorite and her chops have made her a raising pop star. Here’s hoping we see more of her in future seasons.

Nabbing an actress from two of TV’s biggest shows, Ozark and Inventing Anna, is nothing to scoff at. Since 2017, Julia Garner has become known for her character Ruth on Netflix’s hit show Ozark, but it was her portrayal of the Instagram-legendary heiress Anna Delvey in Inventing Anna that truly solidified her as a force to be reckoned with. At just 28 years old, her work in Hollywood dates all the way back to 2012 with her breakout role in The Perks of Being a Wallflower.

Both a respected singer and actress, Janelle Monáe has not only released hit songs like “Make Me Feel” but she’s also starred in Academy Award-nominated films like Hidden Figures and Harriet as well as Best Picture winner Moonlight. Her most recent film, Glass Onion: A Knives Out Mystery, has already been lauded as one of the best films of 2022.

Why have only two pop stars when you can have three? Sure, Maren Morris broke into the music industry with her county album Hero and its stand-out single “My Church,” and has set up roots in that particular genre, but she’s also blended a variety of sounds into her repertoire over the years including pop, R&B, and hip-hop. Her dance-pop hit collaboration with Zed on “The Middle” helped to make her name a household name. Since then, she’s become a respected and renowned musician in the industry, and her presence on Drag Race just goes to show how wide of an audience the show has reached.

Up-and-coming actress and comedian Megan Stalter is best known for her self-titled The Megan Stalter Show and the HBO Max comedy series Hacks. Her upcoming HBO Max and A24-produced show Church Girls will see her as the lead character, a closeted lesbian who is grappling with her sexuality and faith.

Orville Peck may have only released his debut album in 2019 but already the country crooner has made a name for himself in the music industry. In 2021, he was one of several prominent LGBTQ singers featured on Lady Gaga’s 10th anniversary of Born This Way. He keeps his face and identify hidden from the public with a fringe mask, and while his true identity and age has never been confirmed, it is believed Orville Peck is the pseudonym for the Canadian musician and former punk drummer Daniel Pitout. Having Orville Peck on RuPaul’s Drag Race is a sign the show continues to evolve with the times as new actors, singers, and comedians emerge in the industry.