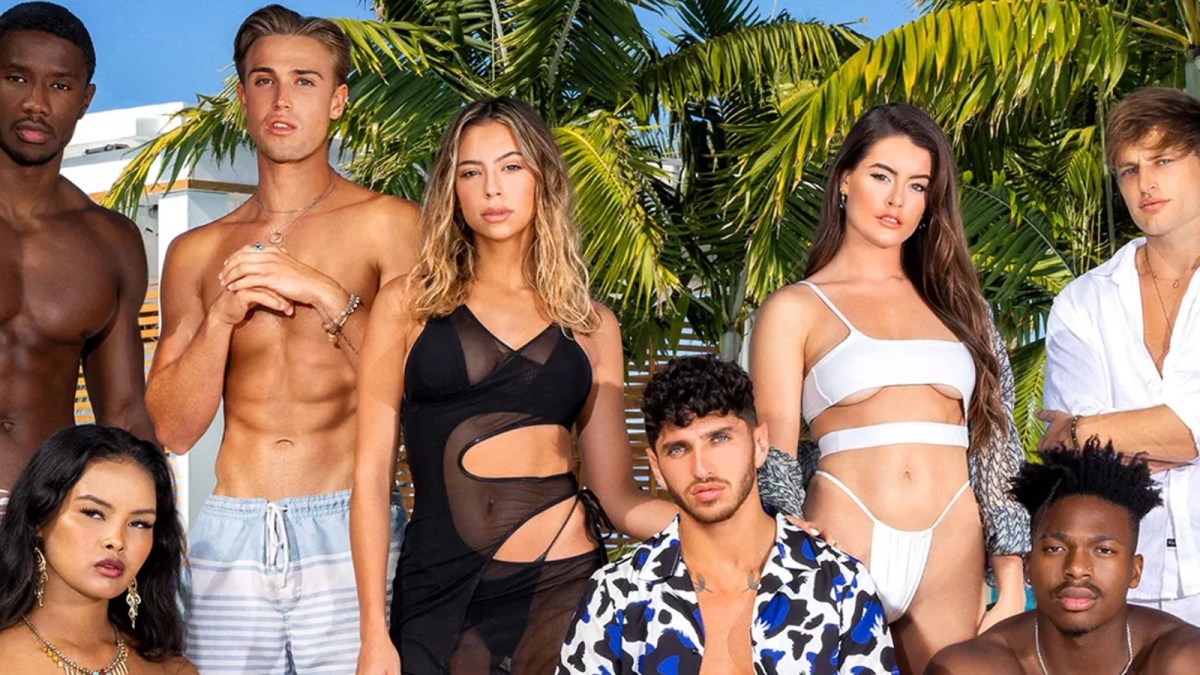 Plenty of Netflix subscribers binge-watching season 4 of Too Hot to Handle have noticed the fact that this season’s cast has a lot in common with cast members from seasons 1 through 3. There always seems to be one couple who can’t keep their hands off each other despite the rules on the island that say no one is allowed to show any physical intimacy.

There always seems to be one individual who takes the rules more seriously than others with the prize fund money in mind. And there are always several messy love triangles to untangle. Here’s how season 4’s cast relates to cast members from earlier seasons.

In each season of Too Hot to Handle, there’s one beautiful woman who stands out among the rest by snagging attention from almost every guy on the island. In season 4, that bombshell happens to be Kayla. For this reason, she’s comparable to Francesca, Emily, and Holly, who were all considered the “best-looking birds” of their seasons.

There’s always at least one blonde female in each season of the show. In Season 4, that happens to be Brittan. She is similar to Nicole, Carly, and Beaux, who were the respective blonde members of the cast in Seasons 1 through 3. Interestingly enough, all four of these blondes dealt with similar frustrations while trying to date guys on the island.

Comparing their track records shows that all of them had challenging times making romantic connections. Brittan first got stuck with James, who cared more about money than her. Nicole never romantically connected with anyone at all. Carly went through some serious drama with Chase. For Beaux, it took her the majority of her season to create a romantic connection with a guy who was initially just a platonic friend.

Nigel messed around with a handful of girls he was attracted to during Season 4 of the show including Kayla, Dominique, and Jawahir. He made it clear that his attraction to Kayla was the strongest of all, but that didn’t stop him from trying to play mind games with both Dominique and Jawahir. In the end, he got called out for his player behavior and ended up losing a chance with the girl he wanted the most.

Instead of Kayla, he settled in with Dominique during the first half of Season 4. Nigel is pretty similar to Kori from Season 1, who had no problem playing mind games with the women around him on the island. He knew he wanted Francesca, despite the fact that she was wrapped up in a relationship with Harry –– and he was completely fine with hurting Chloe’s feelings in the process.

Marvin did the same thing to Melinda, who had strong feelings for him during Season 2. She spent the majority of her time trying to get closer to him, but he consistently brushed her off to show other women attention until the very end. Even after the show came to a conclusion, their relationship didn’t progress any further.

In season 3, Truth (whose real name is Robert) connected with Izzy before sneaking off with Jaz for some private time. He made both women believe that he was only interested in them individually. By the time he got caught, it was too late for him to backtrack and he lost his chance with both of them.

Sophie from Season 4 is similar to Chloe, Melinda, and Georgia in the fact that she’s willing to speak up for herself in her own defense. She is not going to take disrespect lying down. After she remained loyal to Creed in a moment of temptation with Ethan, she rightfully went off on him upon finding out that she was being dumped. Creed cut things off with Sophie to pursue things with Flavia, which was incredibly messed up.

Sophie stood up for herself the same way Chloe did after being treated poorly by some of the guys during Season 1. Chloe’s infectious personality and strong-willed attitude were enough to show just how fierce she could be in the face of heartache. Melinda did the same thing throughout Season 2 as she was dealing with disrespect from Marvin. In Season 4, Georgia stood up for herself by confronting Gerrie with some difficult and uncomfortable honesty.

Nick is similar to Matthew and Steven

Nick is one of the most meditative and emotionally mature guys to come from Season 4. He spent tons of time doing yoga and repeating positive affirmations to himself before starting his romantic pursuit. Eventually, he honed in on Jawahir, but not until he was totally ready to do so. He is similar to Matthew from Season 1 and Steven from Season 3 who both came across as incredibly thoughtful and spiritual individuals.

James is similar to Kelz and Patrick

James realized that he was starring on Too Hot to Handle and immediately started focusing on the prize fund. His interest in pursuing women disappeared quickly because he was more interested in taking home as much money as possible. Kelz from Season 1 also took the rules of the island seriously. Patrick from Season 3 was openly upset with his co-stars whenever he found out they were breaking rules by getting intimate. He even ended up leaving the show early.