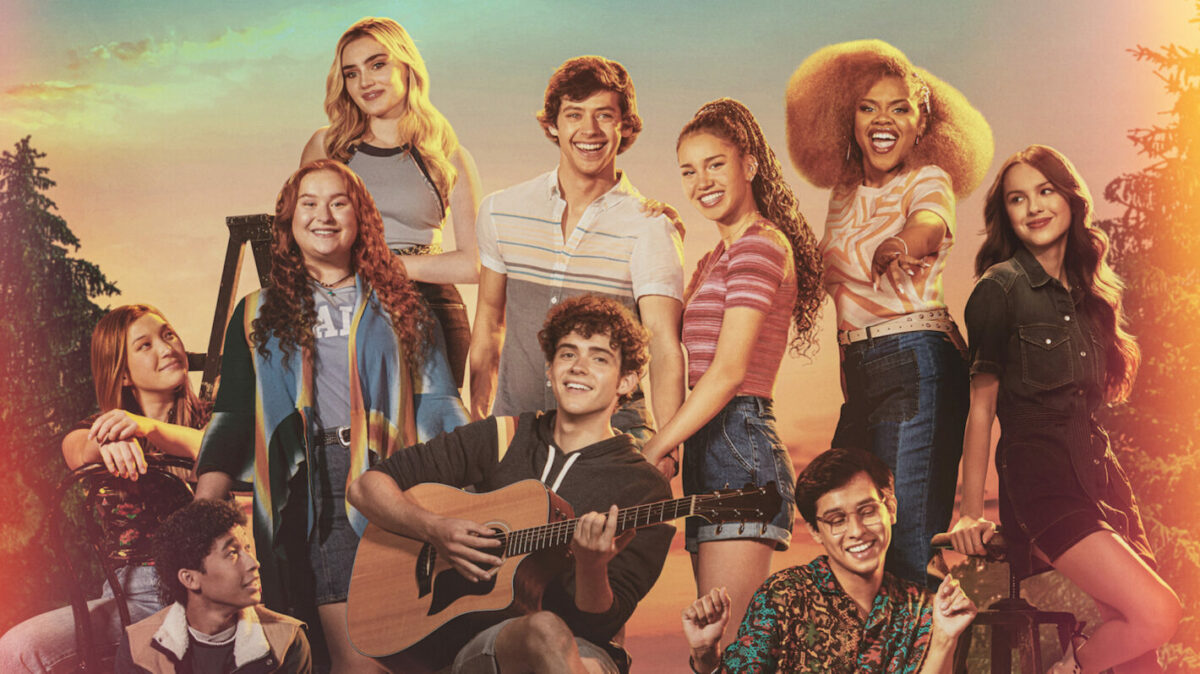 Episode two of High School Musical: The Musical: The Series just aired today and it was all focused on having our favorite characters, and ones we don’t know as well, audition for the summer camp musical. We saw Gina have a moment, claiming she is ready for the lead while also assuring her friends that she hasn’t resorted back to her old Gina 1.0 habits. We also got a chance to see newcomer Jet sing for a late audition and it was gorgeous. Ricky may have some competition for the leading role. With everything that happened though, including Carlos sneaking around at the end of the episode and finding the cast list, we were left wondering until next week. So, here is us casting our final guesses for the Frozen cast on this season of High School Musical: The Musical: The Series.

Kourtney as Elsa, while the obvious choice, remains the right one in our eyes. She can sing and act as we witnessed in Beauty and the Beast last season and the girl can belt out one hell of a high note. Hearing her take on the iconic “Let It Go” as well as the original Broadway showstopper “Monster” would be incredible. Kourtney has been overlooked in casting and we think this season may finally be her time to shine as a lead.

Ashlyn or Gina as Anna

While our leading lady of the season, Gina, would be the perfect Anna, there’s always that chance that they cast someone else for the drama. We saw Ashlyn kill it as Belle last season and get her leading lady moment, but could her vocal and acting chops get her that chance again? Gina hasn’t had her chance in the spotlight and Anna would be perfect for her range and a great chance to see her acting abilities as the two couldn’t be more different. We already saw the two girls have a slightly heated moment in the cabin about Gina reverting back to her old ways, could this be more drama amongst friends?

These next two could easily swap places, but we really don’t think they’re going to cast Ricky as the bad guy, especially considering how similar he and Kristoff are. However, after Carlos messed with the cast list, we could see him potentially changing Ricky to Hans so he and Gina didn’t have to fall in love onstage and mess up the budding relationship between her and EJ. It’s a 50/50 shot if Ricky will be Hans or Kristoff, all we’re sure about though is he’ll get one of the male leads since he didn’t ‘Zefron’ his way through auditions this time.

Our first newcomer on the cast list may be angsty teen Jet. Jet seems to have no interest in being at Camp Shallow Lake, however he has the voice of an angel as we saw during auditions. He was given an ultimatum between auditioning for the musical or joining swimming and he chose the musical, so we can see the East High gang having to work him out of whatever funk he’s in to get him ready for such a big performance. The only thing we don’t know is if they’re going to cast him as a bad guy (Hans) or as the charming Kristoff, which will be a big surprise for Ricky.

While Carlos is usually helping Ms. Jen, this summer he’s all in for a role in the show. While he did play Lumiere in Beauty and the Beast last season, this will be the first time he’s completely focused on acting. We can definitely see him as the lovable snowman Olaf in this production. There may even be some drama surrounding his casting as he may not be happy portraying the sidekick character once again. Then again, Carlos is pretty ‘go with the flow’, so he could just take anything he’s given.

There are other characters who auditioned that we don’t know much about yet, such as the two eighth graders that were fans of Gina and asked for advice. We believe they’ll be cast as young Anna and Elsa and get to shadow their idol in a way. While it’s gonna suck not seeing EJ onstage, hopefully we’ll still get some musical performances out of him even as the show’s director. Whatever the case though, Camp Shallow Lake is sure to kill their production of Frozen.