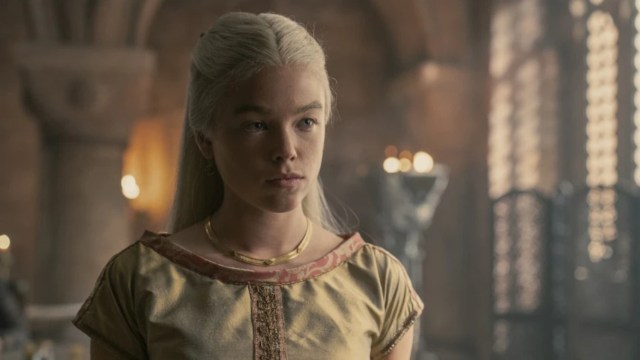 After a stellar five-episode run as one of House of the Dragon’s most important characters Milly Alcock’s time on the show has come to an end, and fans are already celebrating the run.

Playing the show’s main character Rhaenyra Targaryen, Alcock quickly rose to fame and became a favorite of the Game of Thrones community. With the show set to undergo a significant time skip the actress has been recast and Emma D’Arcy is set to take over.

While there is still plenty to get excited about for Rhaenyra in the show before D’Arcy enters to cement her own legacy as the character social media lit up with fans thanking Alcock for a sensational performance.

For Alcock, House of the Dragon was her biggest career milestone so far. Prior to this, she was known for her role in the Australian series Upright and a variety of smaller TV appearances. Now, hot of the trails of huge success with House of the Dragon, it remains to be seen what will come next.

Starting with episode six, D’Arcy will appear as Rhaenyra, and while it might take fans a second to get used to, from all we’ve seen in preview footage the actress looks to pick up from Alcock perfectly both in appearance and tone. Of course, final verdicts will need to wait until we get an extended look during next week’s episode, but for now, fans should get excited.

If you aren’t yet up to date, or simply want to rewatch all of Alcock’s greatness as Rhaenyra all five episodes of House of the Dragon are streaming on HBO Max right now.