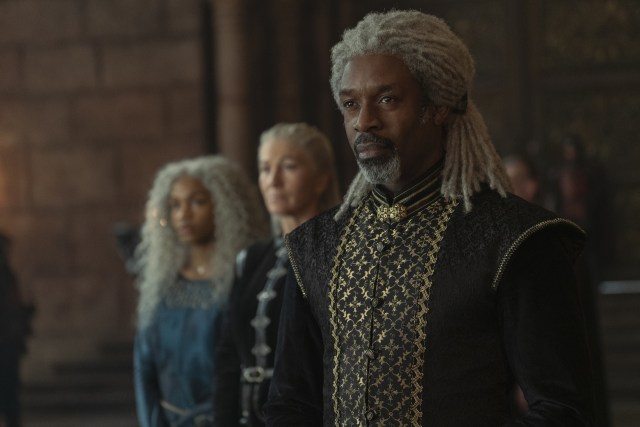 House of the Dragon fans are constantly amazed by how the Game of Thrones community behaves differently towards characters who basically do the same thing, and the latest character to be cross-examined like this is Vaemond Velaryon.

After all, regardless of what you may think about the character and his obvious ambitions, he did the same thing Ned Stark did when the latter learned the truth about Cersei’s children. But while we hated on the Lannisters for taking the Stark lord prisoner for treason and beheading him later on, we cheered for Daemon Targaryen when he sliced Vaemond’s head in half for offending his wife.

But not everyone is happy with this partial treatment.

To be fair, Ned didn’t call Cersei a whore in front of the entire court. The late Vaemond should’ve really learned to read the room.

Also, intentions always count. Ned didn’t want to usurp the Iron Throne for himself. Vaemond was willing to go against his brother’s wish and cheat the Blacks just to become the next Lord of the Tides. One man is driven by ambition, while the other cares about honor above all else.

That’s not all. When you think about it, Joffrey wasn’t related to Robert Baratheon at all, and succeeding him as the Ruler of the Seven Kingdoms was out of the question. The Lord of the Tides, meanwhile, is a different matter entirely, least of all due to the fact that Rhaenyra’s children at least had Targaryen blood flowing through their veins.

Is there really a similarity between Vaemond Velaryon and Eddard Stark? The fandom has certainly refuted the suggestion, though there may be no denying the fact that when all is said and done, we’re all of us biased in a dozen ways when it comes to evaluating the morally ambiguous world of Westeros.

House of Dragon airs weekly, every Sunday, on HBO and HBO Max.