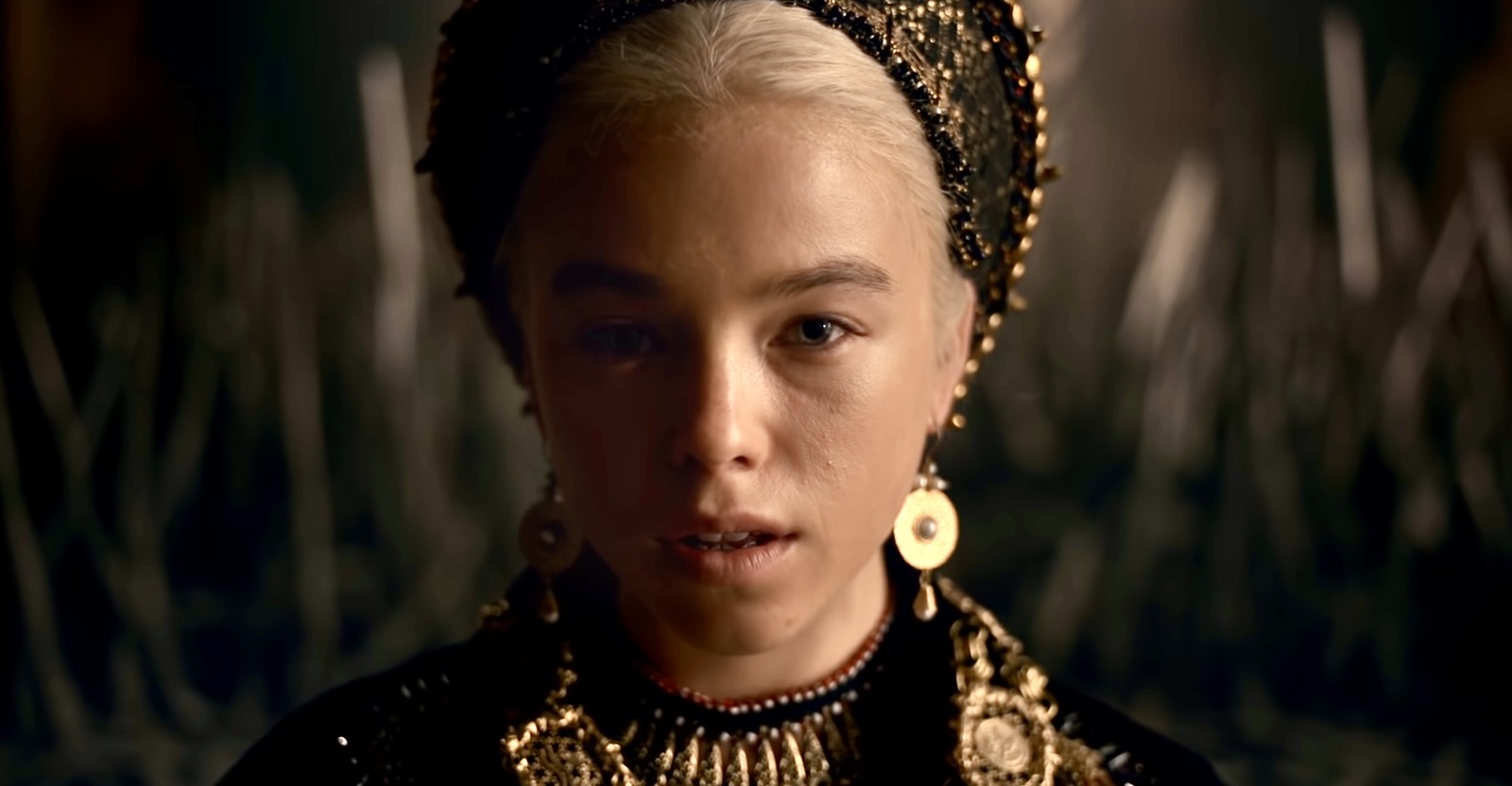 Ready or not, a Game of Thrones prequel series is mere months away, with the poster for HBO Max’s House of the Dragon promising fire-breathing-dragon fantasy thrills.

With the Twitter hashtag #HouseoftheDragon now having its own dedicated emoji, with a golden fire-breathing dragon, it’s clear the hype train for the show is in full effect at this point.

And it was clear from some of the fan reactions that the show’s excitement is through the roof.

The kitchen might be too hot, but we’re standing by to see if this series can redeem the much-maligned season eight of Game of Thrones, nonetheless.

It was also clear from fan reactions that people were already kneeling to Emma D’Arcy’s Princess Rhaenyra Targaryen.

Even the Twitter hashtag #Rhaenyra already had its own dedicated emoji, which along with the newest poster, makes us think she may be a character that just might fill the void left by Emilia Clarke’s Daenerys Targaryen from Game of Thrones.

Another fan made a grammatically questionable proclamation about their loyalty to the world of the Seven Kingdoms, but the overall message came through crystal clear nonetheless.

The presence of dragons in the initial promotion artwork was enough to make one fan immediately break out the heart-eyes-emoji.

Another Twitter user was ready to forget and forgive that bungled season eight of Game of Thrones once and for all.

House of the Dragon begins streaming on HBO Max Aug 21.