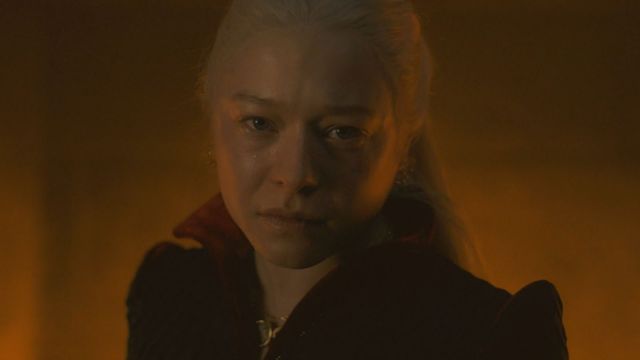 Warning: This article contains massive spoilers for House of the Dragon

Season one of House of the Dragon has ended the peaceful ruling of King’s Landing as House Targaryen is about to embark on a civil war. While all the characters try to resolve the issue without bloodshed, some characters were keen to fight, with or without knowing the consequences that would unfold.

The show ended with a major character death that turned the tide on how these characters will deal with this major political matter. And just in case it wasn’t clear, here is an explanation of how season one of House of the Dragon ended.

House of the Dragon season one finale ending, explained

The finale of House of the Dragon showcased the preparations for the upcoming civil war called the Dance of the Dragons. While episode nine focused on the rise of the Greens as they ascend Aegon II as king, episode 10 focused on the Blacks and their counter-attack to take back the throne. But at the same time, both parties want to avoid conflict and end things on their own terms. Otto Hightower made his way to Dragonstone to offer a peaceful proposal if Rhaenyra and the Blacks bend the knee to their new king. However, Rhaeneyra’s allies convinced her that they would be by their side and that they’ll help take back her birthright.

Rhaenyra sent her children, Jacaerys and Lucerys, as messengers to the other houses in hopes to search for allies. Unfortunately, Lucerys was unable to sway Lord Borros Baratheon in Storm’s End to pledge allegiance to the Blacks. But he did somewhat protect him when Aemond wanted to fight him in his court. As Lucerys returns home to Dragonstone, Aemond’s dragon, Vhagar, killed the young Targaryen despite Aemond’s orders. The news made its way to Rhaenyra, where she learned about her child’s fate, which would eventually change her approach to how to deal with the Hightowers.

Rhaenyra made her intentions clear from the start that she wanted to take caution and didn’t want to be the cause of the war. While there were attempts to prevent the loss of lives, Lucerys death was the turning point where the Dance of the Dragon no longer became a diplomatic mission. Instead, it turned into a war filled with bloodshed.

House of the Dragon season one is now available to stream on HBO Max.