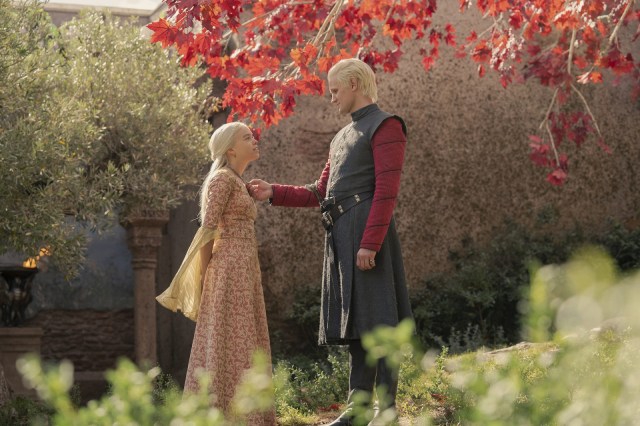 Everybody loves House of the Dragon and how much it transports them back to the Westeros they came to know when Game of Thrones originally premiered in the early 2010s. The grim nature of politics, the constant backstabbing, the treacherous shifting of tides, the unrelenting cruelties visited upon the commoners, and the heroics of protagonists who dared to stand up to this hateful maelstrom for just a little while before being swept away by its wrath.

But Westeros is also controversial — not in the way of its moral questions or underlying themes, but in grotesque violence or profane elements. The story doesn’t revel in them, mind you, or glorify them in any discernible manner, but they still shadow it in the interest of comprising a realistic Medieval fantasy world.

There was a time when audiences were absolutely aghast at the idea of Jaime Lannister being in an incestuous relationship with his sister Cersei. We could even recall seeing headlines in the media questioning if depicting such base concepts would have a negative impact on the cultural landscape or the entertainment industry itself, and whether Game of Thrones was opening the floodgates to undesirable trends.

Now, almost a decade on, no one even bats an eye at House of the Dragon depicting a relationship just as questionable and morally degrading, which begs the question: How much incest is too much incest?

Rhaenyra and Daemon’s relationship in House of the Dragon starts innocently enough, but with the sexual tension running amok as soon as the two find themselves alone together, things were bound to get quite a bit weird between uncle and niece. What makes this worse is that Rhaenyra is underage.

That wouldn’t necessarily stand out under the circumstances of that particular time period, but a lot of viewers might still be weirded out by watching a character dynamic that borders on grooming on top of being incestuous.

Fortunately, even Daemon doesn’t stoop so low as to continue his advances when Rhaenyra has yet to come of age, but with the narrative taking a twenty-year time jump in the span of three episodes and Emma D’Arcy replacing Milly Alcock as an older version of the Targaryen princess, the two are at it again without a care for the public perception of the affair.

House doesn’t fixate too much on the strangeness of this union. In fact, as far as the Targaryens are concerned, incest was standard practice among the members of the royal family. Even Aegon the Conqueror married his sisters Visenya and Rhaenys to keep the Targaryen bloodline strong and pure, so it’s not as if the two are doing anything out of the ordinary as inheritors of the Fire and Blood dynasty.

Still, we might have to sit through the occasional romp in the sack in future House of the Dragon episodes, and not just from Rhaenyra and Daemon. Right now, even Alicent’s children have taken up this unseemly custom of their ancestors, so it’ll be interesting to see just how far the writers will test the waters when it comes to incest and the normalcy with which the show depicts it.