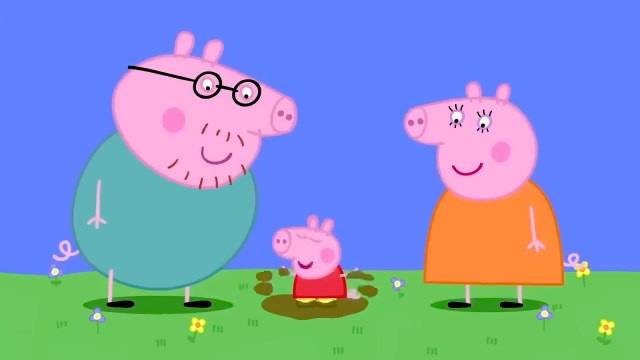 Image via Entertainment One

For nearly two decades, Peppa Pig has reigned supreme as one of the most popular shows for preschool kids. It doesn’t matter whether you are a preschooler (unlikely, as you wouldn’t be able to read this) or know a kid who can’t stop playing the episodes on a loop, the likelihood is high that you’ve bumped up against Peppa Pig at some point since 2004.

Created by Neville Astley and Mark Baker, Peppa Pig follows the wholesome everyday life of the loveable, albeit sometimes bossy, Peppa Pig along with her family and friends. Each episode is approximately five minutes long and packed with entertaining activities such as going swimming, visiting the beach, playing on the playground, being silly with friends, and spending time with family. The characters in the show are all British, which unsurprisingly has been known to give kids in the U.S. a strong case of imitating British accents.

In 2021, the show was picked up for renewal until 2027, meaning kids all around the world have several more years to spend with Peppa Pig and her parents, Mummy Pig and Daddy Pig. Given the nearly two decades the show has been on the air, it’s high time we figure out exactly how old these characters are. We know Peppa Pig is 4 years old, according to Peppa Pig World, but what about Mummy Pig and Daddy Pig? Has it ever been mentioned?

Are Mummy Pig and Daddy Pig as old as Peppa Pig thinks?

If you ask Peppa Pig, the answer is “very, very old,” which is a completely reasonable answer considering anyone over the age of 20 is ancient in the eyes of children. If you’re in your 30s, you might as well be three huffs and a puff away from kicking the can.

In the episode, “Daddy Pig’s Birthday,” Daddy Pig was presented with 13 candles on his birthday cake. Clearly, Daddy Pig is not 13 years old, but it could be that 13 was meant to convey 31 backward. Indeed, the overall belief is that Daddy Pig is somewhere in his 30s, according to Peppa Pig World. His exact age has not been revealed, but whether he’s 31 or 39 it might actually be ancient, considering pigs typically have a lifespan of around 20 years, but we digress.

Mummy Pig, on the other hand, is believed to be a smidge younger than Daddy Pig. In the episode, “Mummy’s Pig Birthday,” Peppa Pig also calls Mummy Pig “very old” when Daddy Pig whispers Mummy Pig’s age into her ear. He says “three candles will be enough” for her cake, potentially doing away with the belief that his 13 candles signified 31 years of age unless three candles were meant to signify 30. Either way, Mummy Pig is younger than Daddy Pig, but whether she’s 30 years old or somewhere in her 20s is unknown. All that matters is that Peppa Pig thinks her parents are old. If that’s not a right of passage for any young child, we don’t know what is.