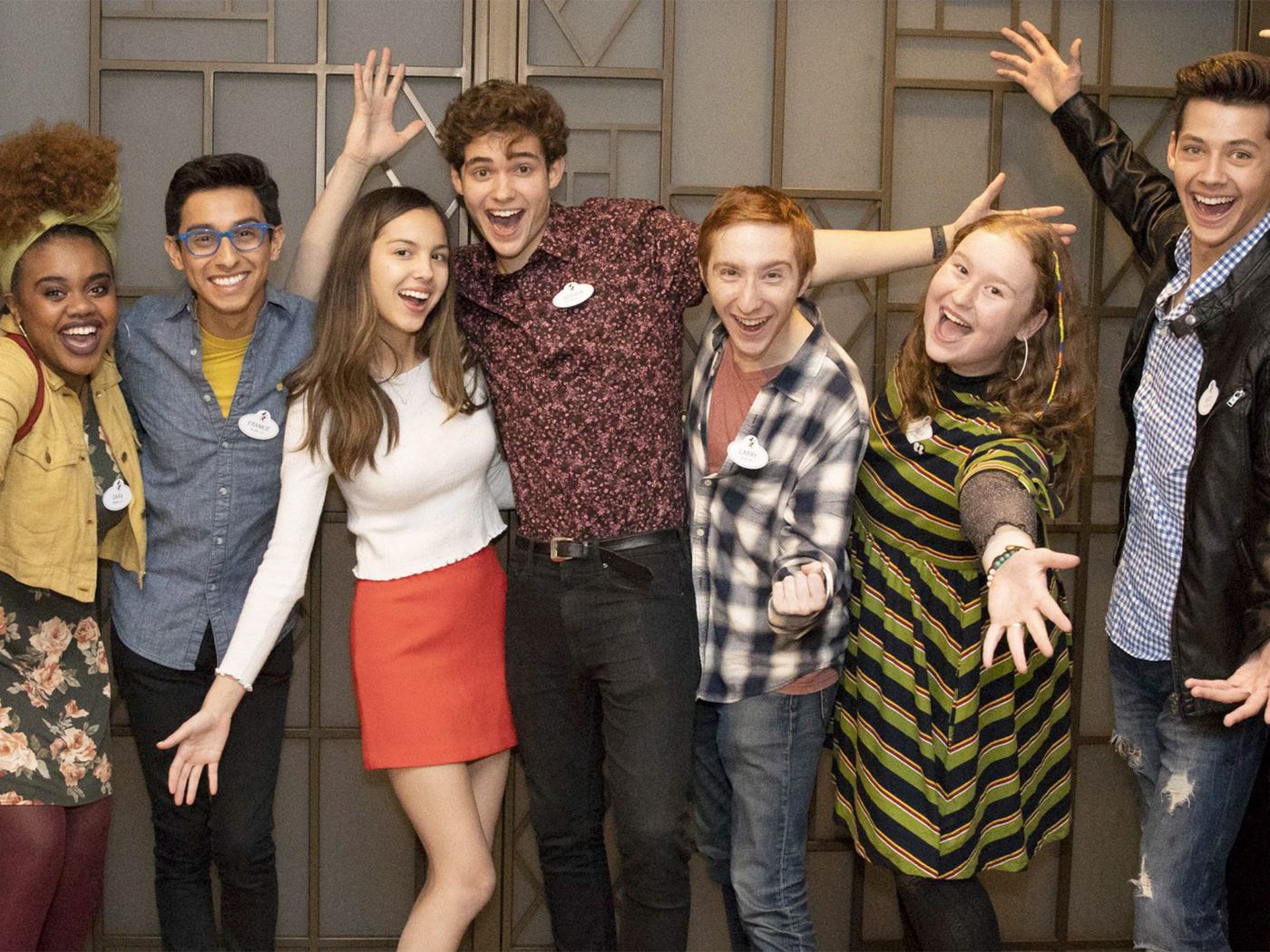 Last year, it was announced that High School Musical: The Musical – The Series ⏤ which is typically shortened to HSMTMTS ⏤ would be tackling Frozen as its musical for season three. It was also announced that instead of jumping into a new school year at East High, the new season would take place at a summer camp and feature new actors and characters.

Along with Frozen, the Wildcats will be taking on songs from another Disney Channel original movie (otherwise known as a DCom): Camp Rock, which also took place at a summer camp. Following these announcements came the news that Corbin Bleu, aka Chad Danforth from the original High School Musical trilogy, would be joining the series to play…himself? That’s right, Wildcats, and the good news didn’t stop there. A first-look trailer was recently released along with the official announcement of a season four renewal, cementing our favorite triple threats as a Disney Plus mainstay.

Camp Rock is among the most popular DComs of all time, making instants stars of Demi Lovato and the Jonas Brothers and putting out a sequel back in 2010. It’s only natural that fans are expecting some of the best songs from the movie and maybe even some from Camp Rock 2. Frozen is also known for its unforgettable music, namely the show-stopping power ballad “Let It Go.”

What fans are likely most excited for, though, is that HSMTMTS season three will also include songs from the rest of the High School Musical franchise ⏤ especially after being robbed of some major HSM 2 bops in favor of songs from Beauty and the Beast during season two.

Here are the top songs we hope to see and hear when season three releases on Disney Plus July 27.

You can’t do Frozen without “Let it Go” ⏤ it just wouldn’t be right. Obviously this song will be performed, but by whom? The most likely option, to us at least, is that it will be used as the audition song for the musical itself. It’s the most recognizable song from Frozen and one of Disney’s most recognizable songs in general. To not use it would be a huge mistake, and we doubt Disney would ever make such a colossal error, so be prepared for the cast of HSMTMTS to perform “Let It Go” en masse.

Picture this: Ricky Bowen belting out the iconic “Scream” from High School Musical 3 with the turning hallway scene and everything. It’s a great picture, right? Ricky played Troy in season one of HSMTMTS, so it would only be right to have him revisit the character and sing one of his most iconic songs aside from “Bet On It” from High School Musical 2. Plus, after the Nini situation in season two and his suspicious behavior with Lily, he should have PLENTY to sing about when he makes his season three return.

While there are multiple characters who could potentially sing this song, Nini would be both the best choice and the most likely. Seeing as she’s trying to go her own way in potentially making music into a career, and the fact that Olivia Rodrigo is listed as a guest star rather than a lead, she could sing this near the beginning of the season to explain why she’s not going to summer camp with everyone else and that “this is her” and she needs to follow her dreams. It’s an iconic song that was made popular by Demi Lovato and Rodrigo could definitely do it justice.

As for “Introducing Me,” it was one of the hit songs from Camp Rock 2 and was sung by Nick Jonas to his love interest. It perfectly encapsulates everything about his character’s personality and is basically a speed-dating version of getting to know someone. The question is, who would/should sing it? The newest couple in HSMTMTS is Portwell, aka Gina and EJ, and what better place to get to know someone than summer camp? We suspect the song will be sung between these blossoming lovebirds and are very much looking forward to it.

“What Time is It?” is such an obvious choice for this season of HSMTMTS, as it takes place during summer just like High School Musical 2 did. “What Time is It?” is the opening number from HSM 2 and shows the students’ excitement to be done with the school year and dive into summer vacation. With HSMTMTS taking place at a summer camp, it’s the perfect opening number for season three as well!

Considering that Frozen is the musical of choice for this season, there’s bound to be an abundance of songs from the movie, and possibly even the Broadway musical as well. “Love is an Open Door” is one of the classics from the movie, and while there aren’t any specific characters we can think of right away to sing it, it’s likely that it will be performed. Whether it be as a rehearsal or audition number, or between new characters and old, we’re hopeful that this lovely duet will kick the door open in season three.

This is undoubtedly Lily’s song. Since Olivia Rose Keegan is returning for season three and we got a huge feel for her character’s personality and drive in season two, “I Want It All” is the perfect song for her to sing. The only remaining problem is who will be the Ryan to her Sharpay. Andrew Barth Feldman, who played Antoine in season two, has not been confirmed to return, so Lily may not have her henchman by her side. Will she find someone new at summer camp? That would be “Fabulous,” but only time will tell.

Another culminating song from Camp Rock is the crowd-pleasing “We Rock.” It features Demi Lovato and Joe Jonas leading the camp in one final song that marks the end of summer camp, which season three of HSMTMTS will definitely need. Though this song and “All for One” will most likely have to battle it out for the finale number, it would be more than perfect if we could somehow see both of them performed this season ⏤ perhaps even as a mashup!

Though this song isn’t as popular as the rest, “Monster” is from the Broadway musical version of Frozen and is absolutely gorgeous. It follows Elsa as she struggles with her identity in potentially being unable to control her powers and just being a dangerous monster. In the show, we could potentially see either Lily or maybe even Gina performing this showstopper, and there’s also the potential for it to be a duet between the two of them. Lily is a mean girl who may be changing her ways to be with Ricky while Gina is an already reformed mean girl, but could old habits resurface at camp?

Find out which of these songs made the cut when High School Musical: The Musical – The Series returns to Disney Plus on July 27.