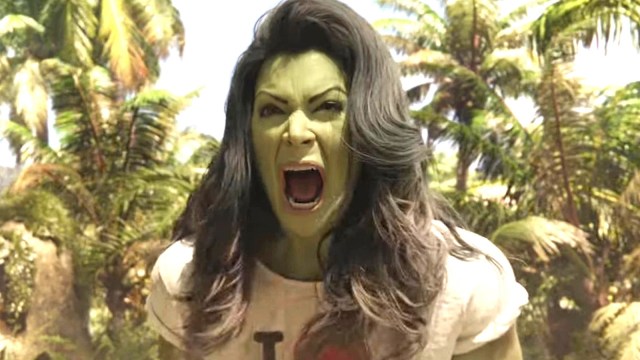 Before debuting on Disney Plus, Marvel’s She-Hulk: Attorney at Law attracted a lot of criticism for its CGI that had fans wondering whether the storyline of the comic book adaptation of the superheroine received a similar below-par treatment. It had fans skeptical about Marvel’s latest comedy, but the first episode of the series recently opened to glowing reviews and forced many to change their tune.

While many still have criticisms regarding the episode, there is no denying that MCU fans can’t have enough of the show as well as its quick-to-impress characters. Fans are now wishing that it had premiered two episodes instead of just one.

Ahead of She-Hulk, Marvel Studios had released seven shows on Disney Plus, and only WandaVision and Hawkeye received a two-episode premiere. According to a lively discussion thread on Reddit, She-Hulk should have been released on the streamer with a similar format. As the original argument puts it, the opening episode is too much of an origin story and fails to convey that it going to be a “fun lawyer show.” Needless to say, a few fans agreed.

One Redditor felt that even though Jennifer Walters’ origin story was rushed, the episode couldn’t show a proper glimpse of the legal comedy fans were promised.

Not everyone thinks She-Hulk’s origin story was wrapped up too quickly, though they are certainly in favor of the two-episode premiere. In fact, they wouldn’t mind if Disney took a page from Netflix’s playbook and dropped all the episodes on the same day.

Though there is no denying that Tatiana Maslany has effortlessly wormed her way into the MCU’s heart, we have to agree with the above-expressed sentiments. But despite the few criticisms, it is easy to see that even two episodes together wouldn’t be enough for her newly-christened diehard fans. As for not being able to fulfill its promise of giving fans a legal comedy, we still have eight more episodes before we dole out a verdict.

She-Hulk has certainly managed to exceed expectations to a certain degree, especially considering that unexpected revelation at the end of the last episode that renewed the chat around a very intensely debated theory in the MCU.

She-Hulk airs weekly on Thursdays on Disney Plus.