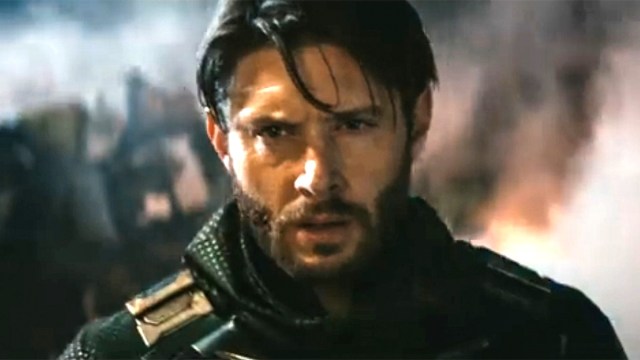 The Boys is set in a world with some of the strangest superheroes on TV, and within this wild world as you would expect there are plenty of connections between its characters.

One of these connections is revealed during the show’s third season, and that is the relationship between Homelander (Anthony Starr) and series newcomer Soldier Boy (Jensen Ackles). While fans get more insight into this relationship during episode seven of season three, here’s what you have to know about the connection these two supes share in The Boys.

Is Soldier Boy the father of Homelander in The Boys?

In The Boys season three, episode seven, we finally get the big reveal that Homelander is the son of Soldier Boy, and was also the driving factor for Vaught to hand Soldier Boy to the Russians as they trained the young Homelander to take his place.

This has massive implications for both characters in the season, as they deal with father issues while being parents themselves. Speaking to Collider, showrunner Eric Kripke explained how and why this twist came to be.

“[It] emerged from just a careful examination of the themes that were evolving for us. We just really noticed how much of the season was about fathers and sons and generational trauma, and [how] toxic masculinity is passed on from father to son over the generations in a really shitty and destructive way. Mother’s Milk’s dealing with his dad, Butcher’s dealing with his dad, Butcher’s dealing with his son, Homelander’s dealing with his son, and it just started to feel really organic of like, ‘Well, we should give Homelander a dad, and it should be this guy that he hates and then realizes that maybe he should love.’ If you’re very conscious and very clear about what your themes and your character arcs are, they provide really good signposts for what the plot should be.”

Is Soldier Boy the father of Homelander in the comics?

No. In the original Garth Ennis and Darick Robertson comic The Boys, Stormfront was the genetic basis that Homelander was created from, however in the comics Stormfront is a man instead of the woman we see in the show.

Going further, Soldier Boy’s character doesn’t exist at all in the same way in the comics. When the real Soldier Boy died in World War II, another supe took on the mantle in the current day. This differs from the show where Soldier Boy is only one character who survives after being frozen.

These are some of the changes that have been made to the character for the show, but it seems that he is still a massive success and has quickly become a favorite among The Boys fanbase.