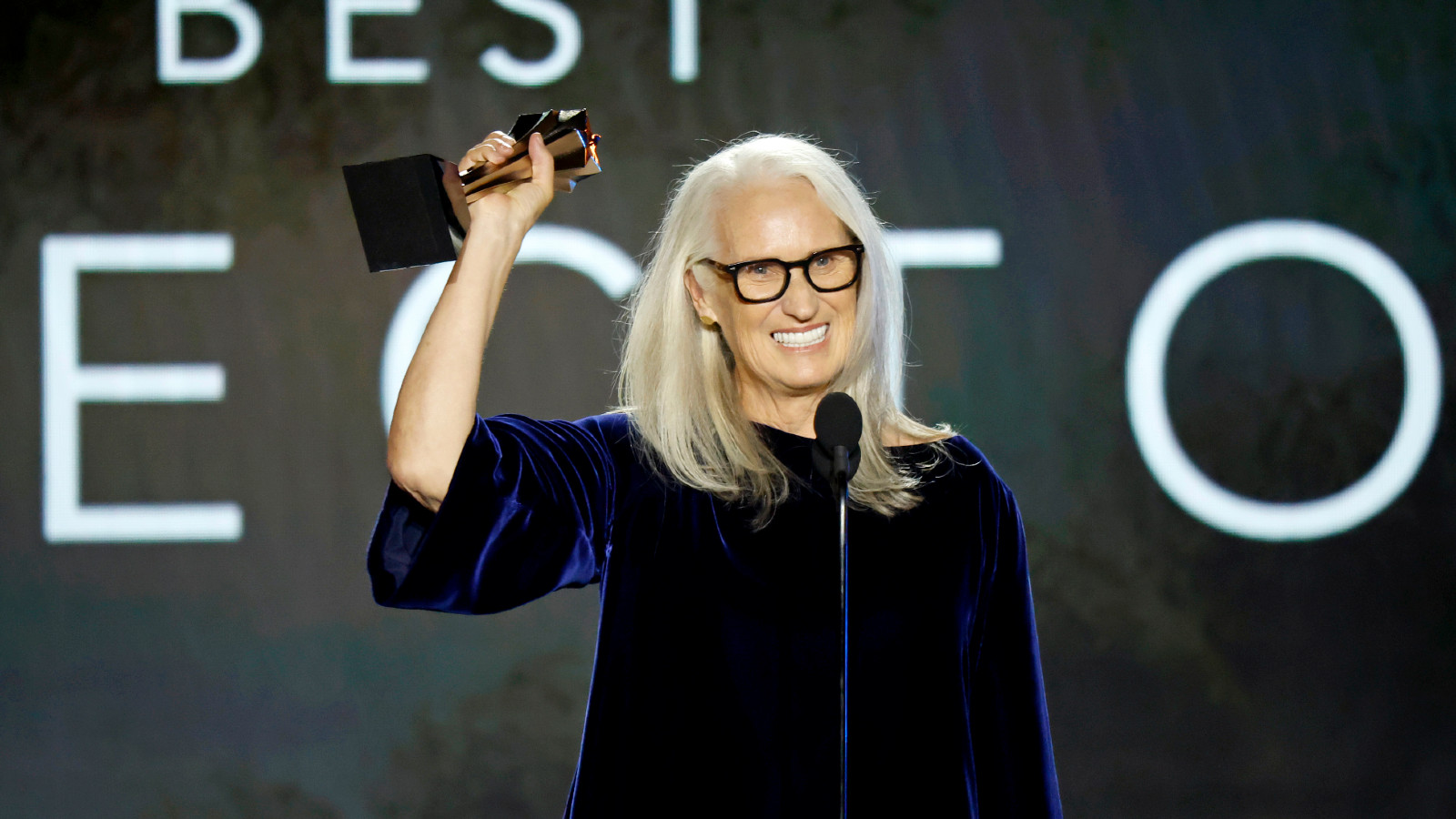 The Power of the Dog director Jane Campion took home the award for best director at the Critics Choice Awards on Sunday night. However, her acceptance speech left viewers dumbfounded over a condescending remark directed at Venus and Serena Williams, who were also in attendance at the ceremony.

“It’s absolutely stunning to be here tonight among so many incredible women,” Campion started out her speech, innocently enough. “Halle Berry, you have already done my speech … and really killed it, I loved it. You’re absolutely brilliant.”

“And Venus and Serena, what an honor to be in the room with you. I’ve taken up tennis,” the 67-year-old New Zealander continued, laughing. “I truly have, and Will [Smith] if you want to come over and give me lessons … I would truly love it. I actually had to stop playing because I’ve got tennis elbow.”

“I’d also just like to, uh, give my love out to my fellow — the guys,” she added, laughing, referring to the male directors who were also up for the award. “And Venus and Serena, you are such marvels.”

“However, you don’t play against the guys, like I have to,” she added, inexplicably.

It’s entirely unclear why Campion had to bring the Williams sisters’ into her speech like that. Yes, it is an impressive feat for a female director to be honored in what is typically a male-dominated industry. But Venus and Serena are two Black women who worked extremely hard for their success — at minimum, twice as hard as white female tennis players — whereas Campion was born to an heiress.

Not to mention, if Venus and Serena did have to play “against the guys,” they would likely still be among the world’s top tennis players. As such, it didn’t take long before the backlash machine revved into gear on Twitter.

“Jane Campion really got on stage and decided to tear two Black women down for no fucking reason whatsoever,” tweeted legal expert Imani Gandy, adding a clip of Venus dealing with the same bull crap from a white interviewer at just 14-years-old. “The level of disrespect is just…”

“The arrogance and ignorance of Jane Campion,” wrote sports editor Gene Farris. “Anyone who knows anything about Venus and Serena’s careers wouldn’t think to utter something this stupid and insulting.”

Author Kimberly Drew pointed out that all Black women have “worked with or for a Jane Campion.”

But the really interesting thing about the backlash is that it came just hours after Campion was celebrated on Twitter for the way she responded to actor Sam Elliott’s sexist and homophobic criticism of her film.

“I think it’s really unfortunate and sad for him because he’s really hit the trifecta of misogyny and xenophobia and homophobia. I don’t like that. I think he was being a little bit of a B-I-T-C-H,” Campion said on the DGA Awards red carpet the day before.

“Plus he’s not a cowboy, he’s an actor,” she added. “When [Elliott] gets out of hair and makeup, I’ll meet him down at the OK Corral on the set with Doctor Strange, and we will shoot it out. Look, the West is a mythic space and there’s plenty of room on the range.”

“Jane Campion going from viral good to viral bad in less than 24 hours is such a fascinating case study,” Tweeted Charlotte Clymer.

“Props to Jane Campion for showing us all how to successfully go from the life of the party to the person everybody is booing out of the party in just a few days,” wrote author Jason Diamond.

Campion and The Power of the Dog are up for 12 Oscar nominations at March 25’s Academy Award ceremony, including Best Picture, Best Director, Best Adapted Screenplay, and Best Actor. It’s unclear whether the backlash will impact the high-profile awards show, or if things will have simmered down by then.