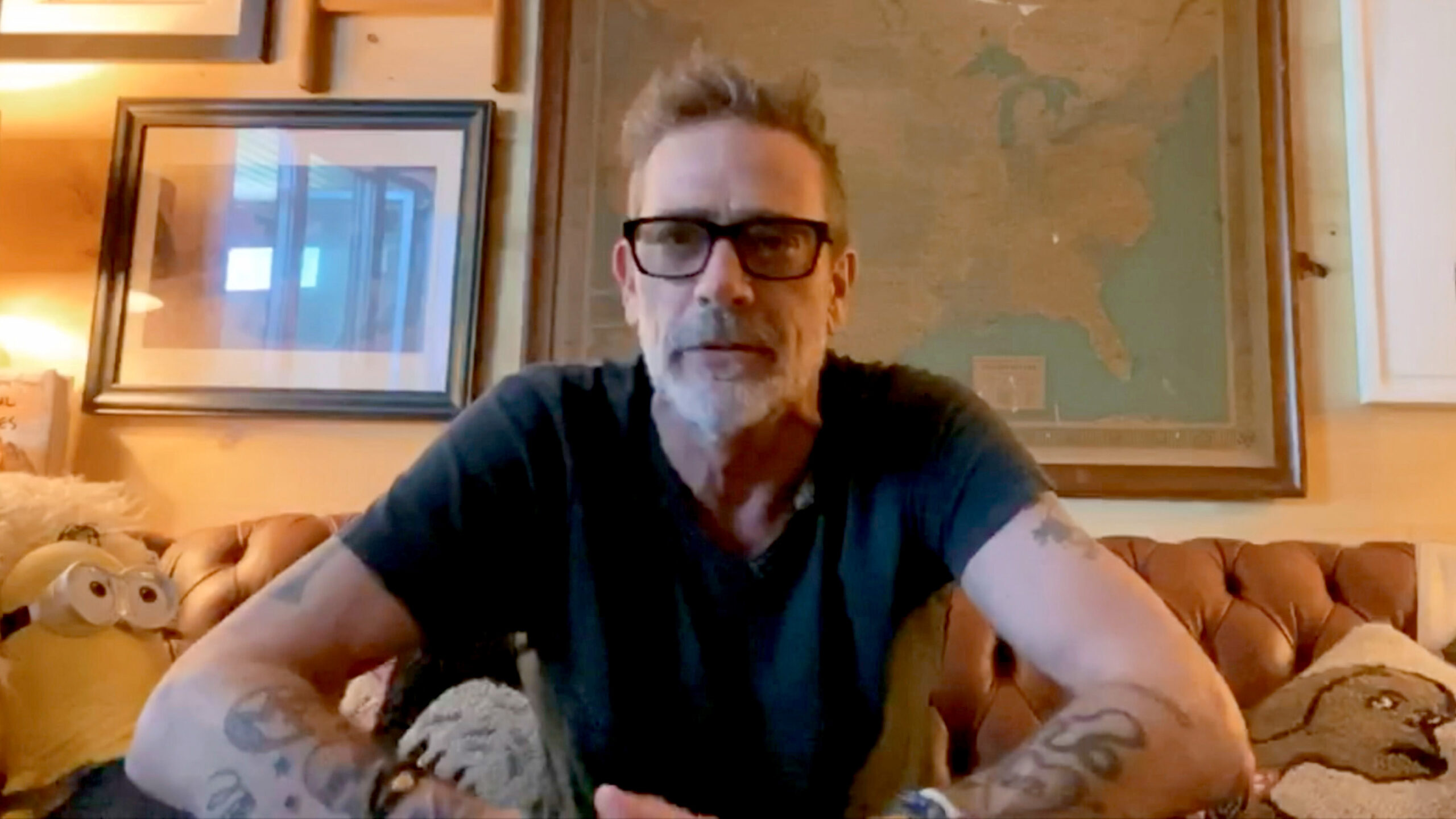 UNSPECIFIED - JUNE 24: In this screengrab, Jeffrey Dean Morgan speaks during All In WA: A Concert For COVID-19 Relief on June 24, 2020 in Washington. (Photo by Getty Images/Getty Images for All In WA)

Jeffrey Dean Morgan is leaning into his feels in his latest Instagram posts, and we aren’t exactly mad about it. Morgan took to the social media platform twice in one day to share snaps of himself alongside his buddies on the set of the AMC hit apocalyptic series, The Walking Dead.

Morgan admitted that he’s ”maybe” feeling sentimental, a mood fans of the series are no strangers to. The Walking Dead packs an emotional punch, bringing audiences face to face not just with terror, but also joy, excitement, heartache, and pain. And as the series unfolds its final story, our gang of familiar survivors come up against their most unique crossroads yet.

The actors that play them are at a crossroads, too, bidding farewell to a significant chapter in their lives, and Morgan is certainly taking it all in. Today, he Instagrammed a snapshot of himself and real-life best friend Norman Reedus, just hanging out and mugging for the camera.

While the two aren’t exactly besties on the series, they clearly consider one another chosen family.

His next post shared two photos with his fans, one with Christian Serratos, and the next with Josh McDermitt. They’re all smiles in the photos, but that caption and something about that first image have us feeling sentimental, too.

It could be the conditions of the apocalyptic set — the performers are often covered in dirt and grime — but you can see the deeply-felt emotion in Morgan’s eyes, and the intensity is relatable. The Walking Dead has been a part of our lives for more than ten years, and Morgan joined the series at a pivotal moment, swooping in and to become public enemy number one. Still, we’ve grown to love Negan over the years, as the other characters have grown to understand him.

The bonds built behind the scenes are strong; the smiles in Morgan’s post demonstrate that. While The Walking Dead‘s Universe is an expansive and ever-growing realm, knowing that the core story is ending still feels like loss. While we’ll continue to see some of our beloved characters in future TWD film projects, it’s undoubtedly going to feel different.

If you’re feeling sentimental, too, you can watch The Walking Dead on AMC Plus and Netflix now, and relive all of your favorite moments.