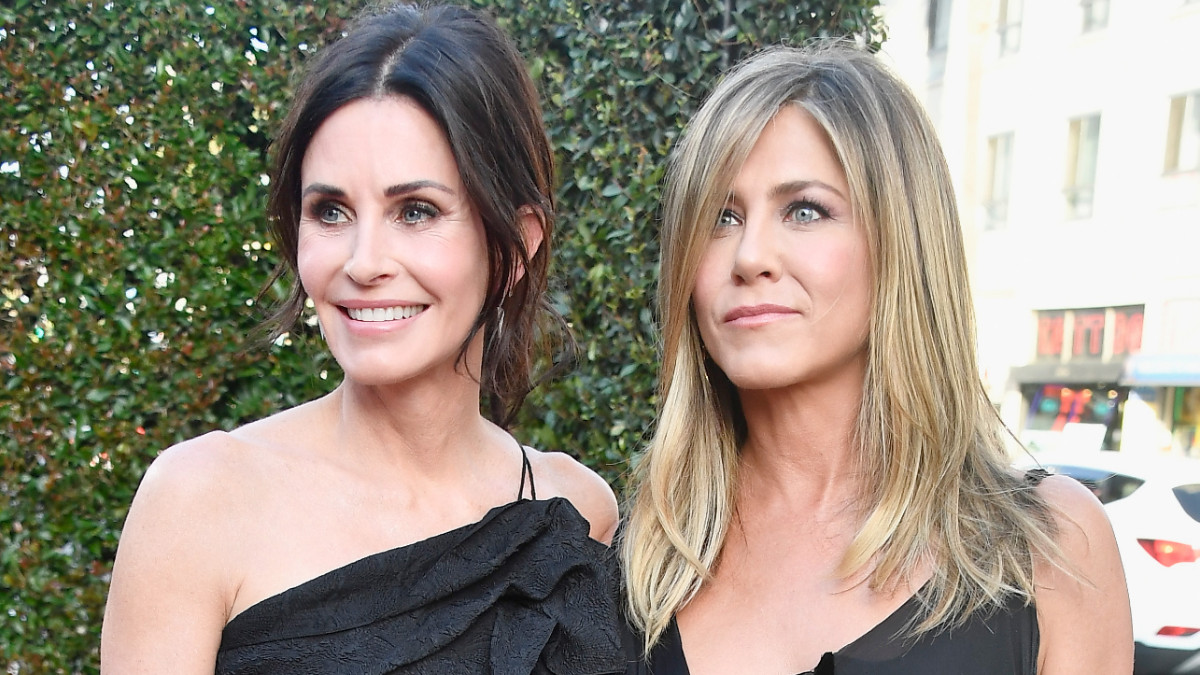 Jennifer Aniston and Courteney Cox truly are “friends forever.” On Monday, the two real-life besties took to Instagram to debut T-shirts from a new limited edition cast collection of Friends merchandise focused on seasons 7 through 10.

In the shared boomerang clip which was posted to both of their accounts — because tagging is apparently for mere peasants — the two actresses modeled similar styles of the same shirt design featuring the words “friends forever” and a graphic of six keys.

The keys, as any die-hard Friends fan can tell you, represent the final moment of the long-running NBC series when all six friends left behind their keys as Monica and Chandler finally moved out of the ubiquitous apartment that she and Rachel were first roomies in.

EBMRF is a charity dedicated to raising awareness and funding a cure for the rare, debilitating genetic skin disorder Epidermolysis Bullosa, while Americares is a global non-profit dedicated to health and development for individuals impacted by poverty, disaster, or crisis.

Not to be outdone, the rest of the cast likewise shared photos of themselves modeling the various merchandise.

Both David Schwimmer and Matt LeBlanc showed off mugs featuring a graphic of Schwimmer’s character Ross proclaiming that he’s “fine!” while Lisa Kudrow sported a long sleeve of Monica’s humidity hair, and Matthew Perry wore a T-shirt with Chandler’s pink bunny costume from “The One With The Halloween Party.”

The collection, which is being sold through Represent.com and will only be available for the next four weeks, features a variety of shirts and hoodies, hats, mugs, and phone cases with the cast’s favorite moments from the final four seasons.