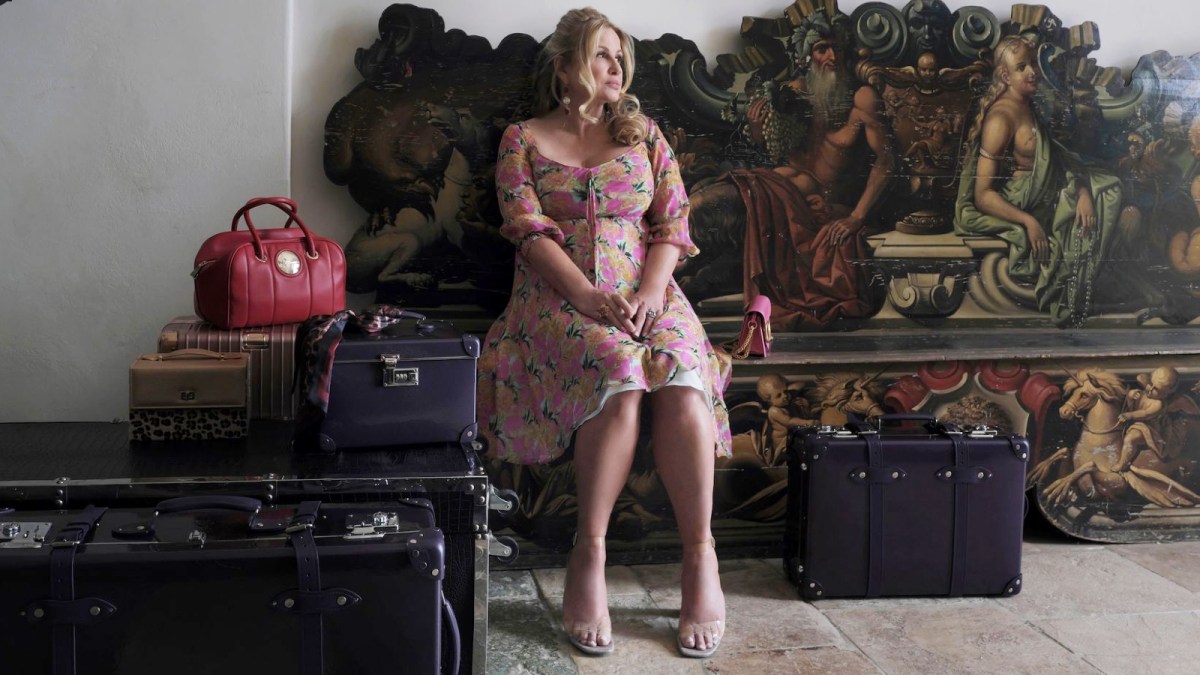 In addition to upping the stakes considerably in season 2, The White Lotus took advantage of its scenic Sicily setting by paying homage to classic film. And hawk-eyed viewers may have predicted the fate of Jennifer Coolidge’s doomed Tanya McQuoid in the finale by a subtle Godfather reference from earlier in the season.

Throughout the episode, which sees Tanya departing from Palermo, ostensibly to be taken back to the resort in Taormina — though as we know now, the conniving gays never intended her to make it there alive — the character wears a floral dress that viewers saw earlier in the season. In episode 3, while Bert, Dominic, and Albie Di Grasso go on a Godfather sightseeing tour, a mannequin depicting Michael Corleone’s first wife Apollonia, whom he meets and marries while hiding out in Sicily, is seen wearing the identical dress while sitting behind the wheel of the car that blows up, intended for Michael.

The nod was caught by pop culture writer Evan Ross Katz ahead of Sunday’s finale.

Unsurprisingly, that was no coincidence, as The White Lotus costume designer Alex Bovaird later revealed to Page Six.

“I was pretty surprised by the internet sleuths ability to put things together,” Bovaird tells Page Six Style. “When I saw the Evan Ross Katz tweet showing Tanya’s death dress on the Godfather dummy, I was very impressed.”

But Bovaird says the genius fashion moment “almost didn’t happen,” as Coolidge’s character’s version of the look was accidentally returned from set.

“We were towards the end of the show, and it got sent back to Rome the previous night by mistake! Somebody had to catch a plane with it back in the early morning and it made it to camera,” she says. “Just your typical costume department mayhem.”

In addition to the fashion reference, one could also argue that Tanya excusing herself to “the bathroom” and stealing the mafia thug’s bag containing the gun, duct tape, and rope, was also a reference to the scene in which Michael hides a gun in the bathroom of an Italian restaurant in the Bronx during a meeting with drug kingpin Sollozzo and corrupt police captain Mark McCluskey. Retrieving the gun, he kills both men, as Tanya likewise does when she shoots her way out.

But unfortunately, she also ends up “sleeping with the fishes” when she bonks her head and drowns while attempting to escape from the yacht.

In addition to the Godfather references, season 2 was praised by fans for recreating a shot-by-shot homage to Italian filmmaker Michelangelo Antonioni in the third episode. When Aubrey Plaza’s Harper is seen walking the streets of Noto being ogled by a group of Italian men, it mirrors the scene in Antonioni’s 1960 film L’Avventura, in which the same thing happens to Monica Vitti.

And that wasn’t even the first reference to Monica Vitti. In the previous episode, Tanya’s attempts to channel the actress go awry when she asks resort manager Valentina if she knows who she’s supposed to be, who no-nonsense deadpans, “Peppa Pig?”

Series creator Mike White, who wrote all seven episodes of season 2, is operating on a whole other level from the rest of us — that is for sure.