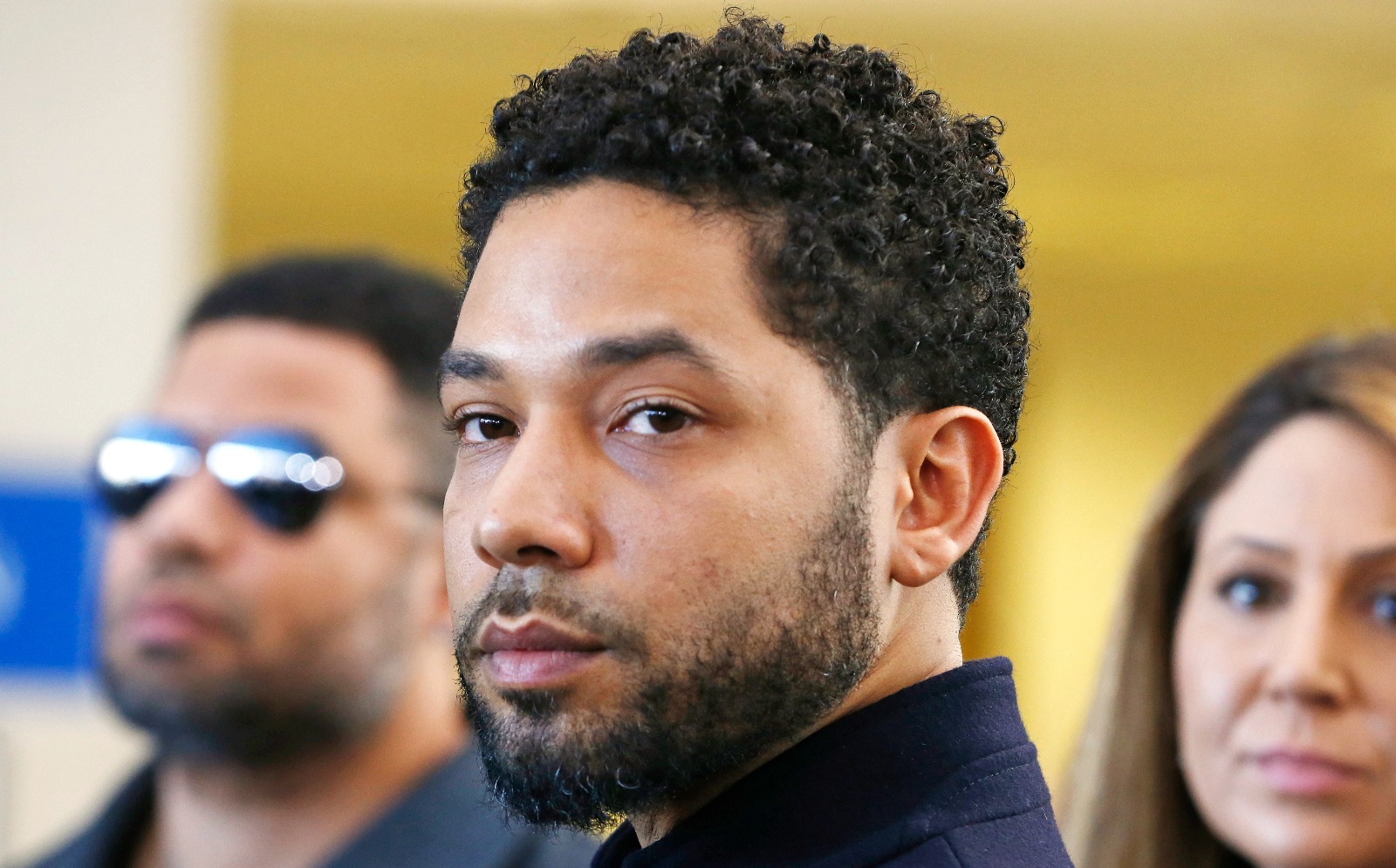 Former Empire actor Jussie Smollett is scheduled for a sentencing hearing today following being found guilty in December of five counts of felony disorderly conduct for making false reports. Smollett could face a maximum sentence of three years for each of the five counts of perpetrating a hoax that claimed he was the victim of a violent hate crime. If Judge James Linn opts to sentence Smollett to concurrent terms, the actor could spend up to fifteen years behind bars.

Attorneys will argue today over setting aside the guilty verdict or even granting a completely new trial. Smollett’s lawyers have filed several arguments to toss the verdict including one contending that the defense was prevented from asking pertinent questions during jury selection. If Linn refuses to hear the requests or dismisses them outright, the sentencing will proceed although Smollett’s attorney, Mark Lewis has already indicated that he will seek to appeal the case.

Smollett has been the center of a whirlwind of controversy ever since Jan. 2019 when the actor, who is black and gay, claimed he had been attacked in Chicago’s Streeterville neighborhood by two unknown assailants who proceeded to pour bleach on him as they punched him and yelled racist and homophobic slurs and then wrapped a noose around his neck.

Smollett’s claims were met by an initial outpouring of public sympathy and outrage, but the public’s anger soon rebounded on the Empire star when it was revealed that Smollett had hired Abimbola and Olabinjo Osundairo, two American Nigerian brothers, to help him fake the event in an attempt to garner both public sympathy and publicity.

Although Linn could sentence the actor to a significant amount of jail time, it is likely that he will choose a lesser sentence involving probation, community service, and fines. Not only is Smollett is a first-time offender with no prior felony convictions but Linn did not revoke the actor’s bond following conviction. Ex-prosecutor Darren O’Brien told CNN, “If the person is going into custody ultimately, usually they revoke the bond. That’s another indication that I doubt he’s going to jail.”

However, defense attorney Kulmeet “Bob” Galhotra, who has watched Smollett’s trial since the beginning, thinks the actor’s behavior during the trial and following his conviction may earn him at least a short stint in jail. “I think Linn might give him a taste of jail,” Galhotra told The Chicago Sun-Times. “That’s my prediction. I don’t think he’s going to send him to [prison], I think he might give him a taste of jail time and put him on probation with lots of community service.”

Galhotra thinks Linn will take Smollett’s complete lack of repentance into consideration. But Galhotra also believes that if the actor apologizes it may mitigate his chances for incarceration.

Even if Smollett doesn’t serve any jail time he may stand to pay a significant amount of money as a result of the hoax. The City of Chicago filed suit against the actor in April 2019, seeking recompense for 1,836 overtime hours spent working on the case, adding up to an amount of over $130,000. The actor has filed a countersuit.

If Smollett loses the city suit, it may take him a long time to pay back the amount in question. Smollett’s character has been written out of Empire, and he has not acted in anything since.