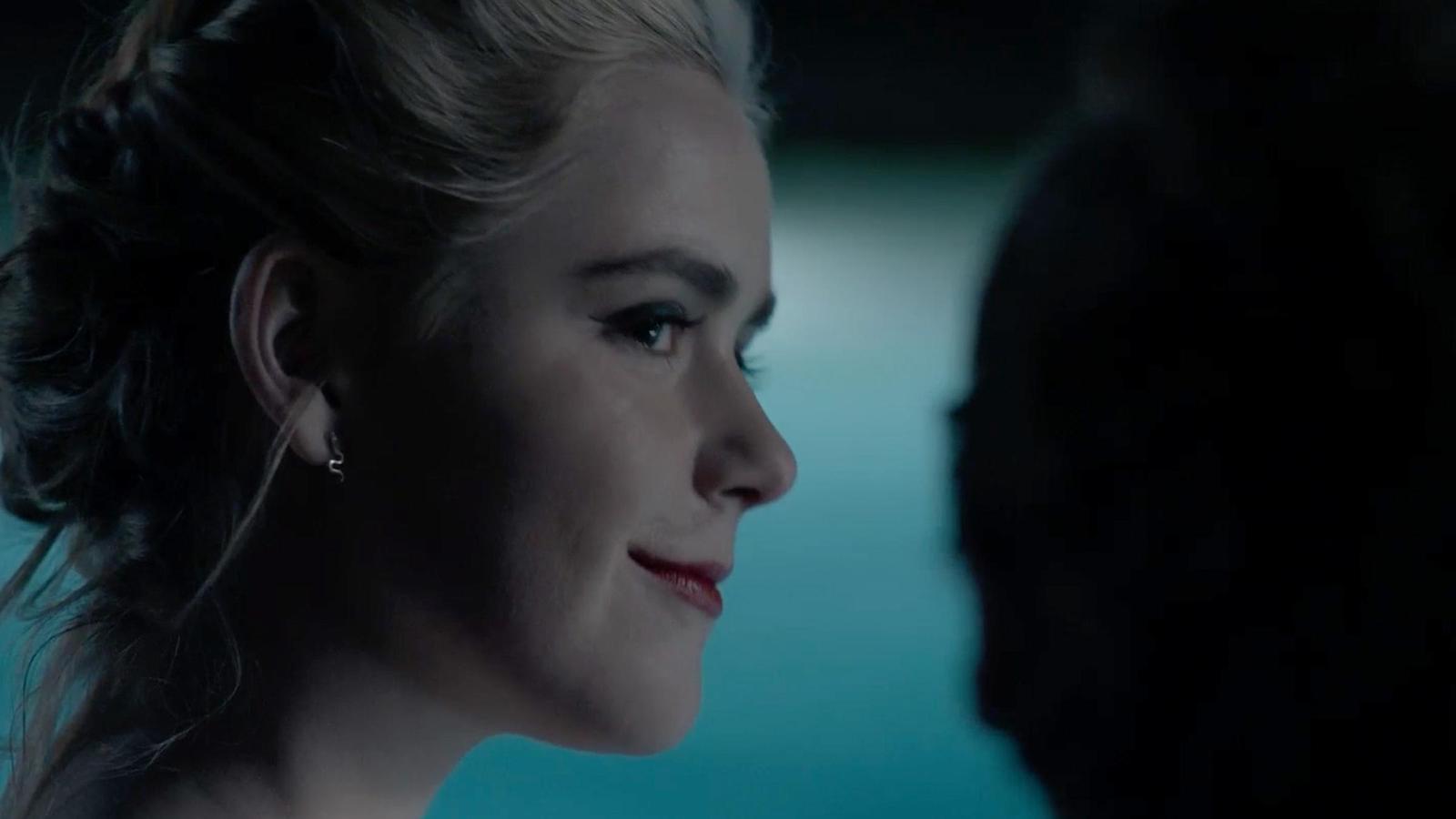 Kiernan Shipka is finally playing her own Don Draper in the new Roku original show Swimming With Sharks, where Shipka’s Lou makes her way up the corporate ladder without much in the way of morals to get in the way, though driven more by ambition than hedonism.

Diane Kruger plays her boss, Joyce, a cutthroat Hollywood power player who may have finally met her match. “I see it as a very strange love story between these two women,” says series creator Kathleen Robertson.

At The Paramount in Austin during SXSW on March 14, Shipka, Kruger, and Robertson sat down for a Q&A following the premiere of the pulpy series. The first two half-hour episodes of these series are jam-packed with lies, seduction, infidelity, and coercion, let alone the actual crimes. The series begins with two bare, probably-not-alive legs illuminated by the moonlight just off the road somewhere in Hollywood and somehow gets more concerning from there.

When approached with the idea of adapting the 1994 movie of the same title for television, Robertson knew she could only tell the story from a female perspective. Robertson, who has been acting since she was ten years old, more recently began working behind the scenes after roles in Beverly Hills 90210, Scary Movie 2, I Am Sam, and dozens of other projects.

“But you still have to be as badass and kind of tough as the guys.”

Lou knows the advantages of playing up her youth and feminity, though. She shows up on the job donning a series of dresses befitting Easter Sunday and the Heidi braids we see her meticulously composing each morning in her apartment decorated with photos of Joyce and her inner circle, complete with Lou’s own threatening flourishes. She’s definitely too young to be the Zodiac Killer, right? Right?

Joyce, meanwhile, cannot deign to squeeze a tube of hand lotion herself and makes a point that when she does interact with people, it’s to let them know how disposable they are. At home, her mansion is only a reminder of what she doesn’t have as she struggles to conceive a child.

Before long, the connection becomes intoxicating as their relationship twists and turns, which is something Kruger had to get used to co-starring with grown-up Sally Draper.

“I feel like I’ve watched [Shipka] grow up on Mad Men. So that was a little weird. You know, I felt like and I’m really good friends with January Jones, so it felt like it was weird making out with her daughter.”

While the women are quick to assure you that while some aspects of the story ring true, their career trajectories have not been quite that dramatic, though they’re fully aware that monsters are always one degree away, just as you would assume actors starring in a television show based on a Kevin Spacey movie would be.

Case in point: Robertson’s husband and executive producer of the show, Chris Cowles, was working for disgraced producer Scott Rudin when the couple met.

“He’s going to kill me because he’s like, ‘Don’t talk about all my bosses’,” Robertson jokes.

For now, though, the dead bodies, both figurative and literal, are on the show, according to Shipka.

“This is still fiction, luckily, and I think this is more about a tale of these two women, and kind of what it means to be a woman in any industry is a broader conversation.

The first episode is currently available on the Roku Channel.