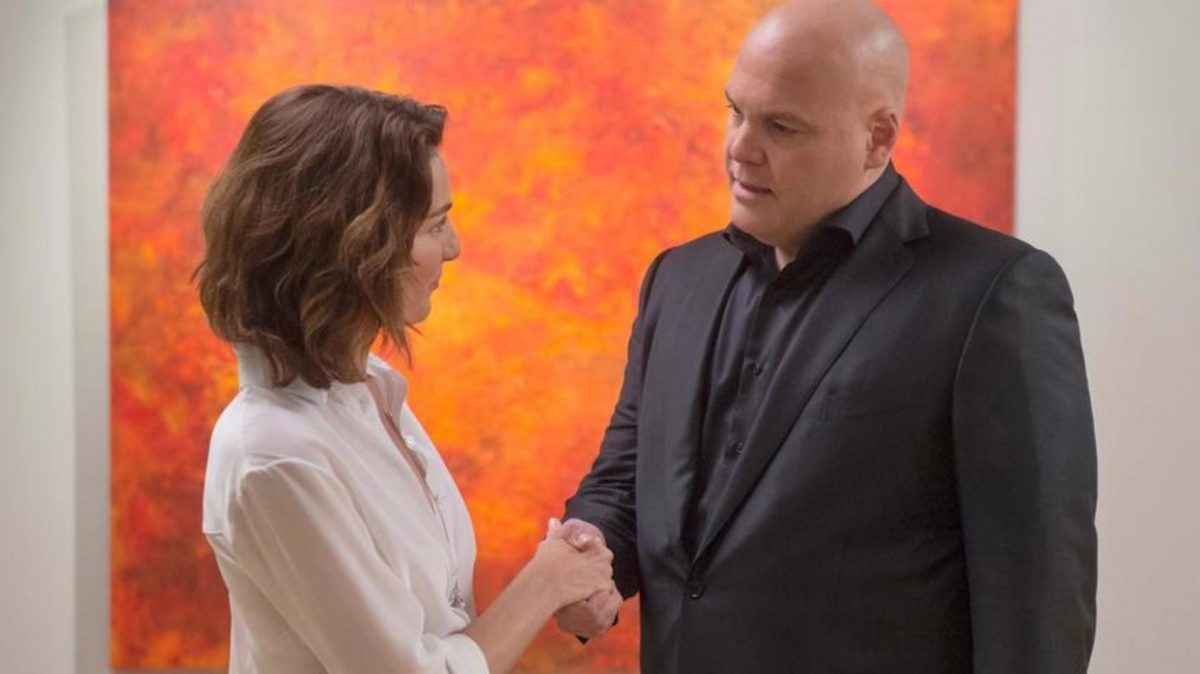 Even though the Marvel Cinematic Universe has officially welcomed Vincent D’Onofrio’s Kingpin and Charlie Cox’s Daredevil back into the fold, it still hasn’t been made clear whether or not the three seasons of Netflix’s Daredevil are now regarded as canon.

Kevin Feige wiped the slate clean when he folded Marvel Television and became the company’s chief creative officer, and he’s hardly known for backing down. For now it remains up in the air, then, even if D’Onofrio admitted that he approached his performance in Hawkeye as though he was reprising a familiar role instead of playing a brand new one.

The crime boss’ arc on Daredevil was heavily driven and regularly impacted by Ayelet Zurer’s Vanessa Fisk, and when asked by Rotten Tomatoes if he believed she was out there somewhere in the MCU, the actor responded with a succinct “I think so, yeah”.

That’s roughly a million miles away from being a confirmation, but with D’Onofrio’s Kingpin back in the mix and more than likely set to make his return in Hawkeye spinoff Echo, the opportunity for having Zurer join her onscreen husband as a part of mainline MCU continuity is right there for the writers to lean on if it suits the stories they’re planning on telling.