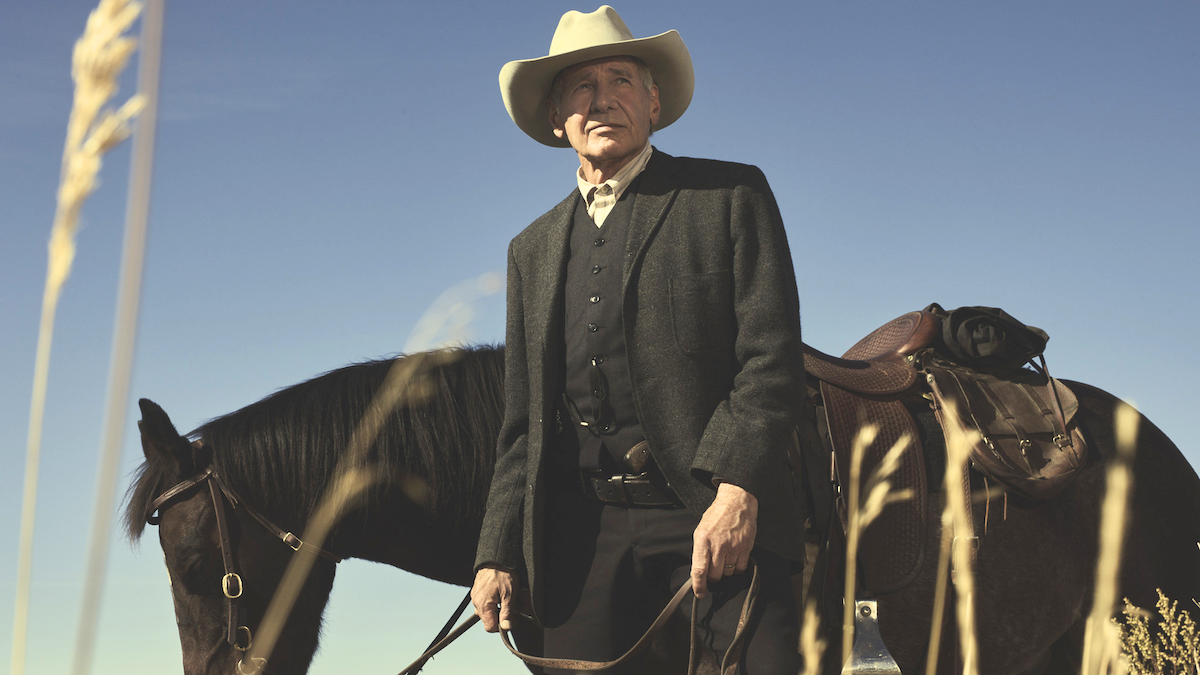 Happy Wednesday, Yellowstone fans; we’re officially halfway through the work week and days closer to a new episode of everyone’s favorite cowboy drama. As the fifth season continues to shock fans with emotional scenes, heartbreaking storylines, and Beth Dutton on a war path, it’s the most thrilling time to be a fan of the Duttons. This week’s episode is sure to be heavy on our emotions. We’re less than two weeks away from the debut of 1923, Yellowstone‘s newest prequel streaming on Paramount Plus on Dec. 18. With a new series to guide us further into the Dutton storyline, we’re looking at the characters and what it took to prepare for their roles, and for Harrison Ford, that included wearing a lot of hats. Fans also share their love for Rip Wheeler, which never gets old. You know the drill from here, grab your Yellowstone-loving bestie and drink of choice, and let’s ride in.

When Paramount revealed Harrison Ford and Helen Mirren’s first images in 1883, they took our breath away. Breathing life into Jacob and Cara Dutton, respectively, the icons in the entertainment industry seemed to truly embody the Dutton name and the struggles they would soon face.

It’s as if no one else could have played the roles; they were created specifically for Ford and Mirren. That means their looks within the series had to be perfect, too.

Janie Bryant, costume designer for 1923, spoke with Variety about finding the right hat for Harrison Ford and how several fittings were necessary to ensure the hat embodied the character.

So, just how many hats did Ford try on before finding the one? Over 75 — and Bryant said it was a process to get it right. Of course, having worked in 1883, she knew the importance of finding the right gear for Jacob Dutton. He’s a cowboy, the patriarch of the family, and his look will be iconic in the Dutton story.

Having found the right fit, it was only appropriate that the hat got its own name. So what did they call the final result? The Jacob, of course.

As we’ve seen in photos shared so far, the Jacob is as striking as the man wearing it, and we can’t wait to see how it helps him navigate through the untapped story in 1923.

Fans of Yellowstone tune into the show for several reasons: one, the story being told is so intriguing and unforgiving that we don’t want to miss a single moment. There are also the multifaceted characters that carry pain, joy, and heartache in an almost poetic way, and then there’s the fact that everyone in the cast is relatively easy on the eyes. Especially one Rip Wheeler.

You can’t be a fan of Yellowstone and not have noticed that the Duttons and their ranch hands are all quite stunning. In fact, the only real ugly that exists is in the villains, which makes perfect sense. So when fans tune into Yellowstone, there are hashtags, shirts, and even blankets that shout their love for specific characters, and Rip has an incredibly loyal fanbase.

A post making the rounds on Facebook examines why fans are so drawn to Rip Wheeler, noting that it goes well beyond his looks.

Hauser is stunning as Rip Wheeler, but another layer of him we all find ourselves most attracted to is the way he loves and respects Beth. Yellowstone fan Megan Martin shared the following sentiments on Facebook after Sunday night’s episode.

Other Yellowstone viewers immediately agreed with her sentiments, though it’s arguable that Cole Hauser is handsome as Rip Wheeler and as himself; that’s not the point of her post.

What she’s saying, and what several fans of the series have felt since the very beginning, is that Rip loves Beth in an authentic way that makes her feel treasured, valued, loved, and most importantly — safe.

Fans shared some of their favorite Rip and Beth moments in the comments section and even tagged their significant others in the process, thanking them for being a safe space too. The series has a lot of ups and downs, and several moments leave some viewers scratching their heads and wondering if there’s any true joy left at the Yellowstone Dutton Ranch, but then — there’s Rip Wheeler.

He’s the beacon of hope and light, not just for Beth but for anyone who needs a reminder that love like that can exist. That someone in this world will love you for all you are, the good and the bad, and more than that — they’ll help you through the bad. Someone will look at you and say, “you’re enough,” and mean it.

Of course, we all hope that person will be as dashing as Rip himself or Beth — she’s a total knockout too. The thing is, Rip’s vulnerability and openness with Beth is the most attractive thing about him, and with a smile that’s ready to melt your heart at any moment, that says a lot about him.

You can see their continued love story as Yellowstone airs new episodes on Sunday nights on Paramount, and if you want to see their love story all over again (and yes, we all do), you can watch the first four seasons streaming on Peacock now.