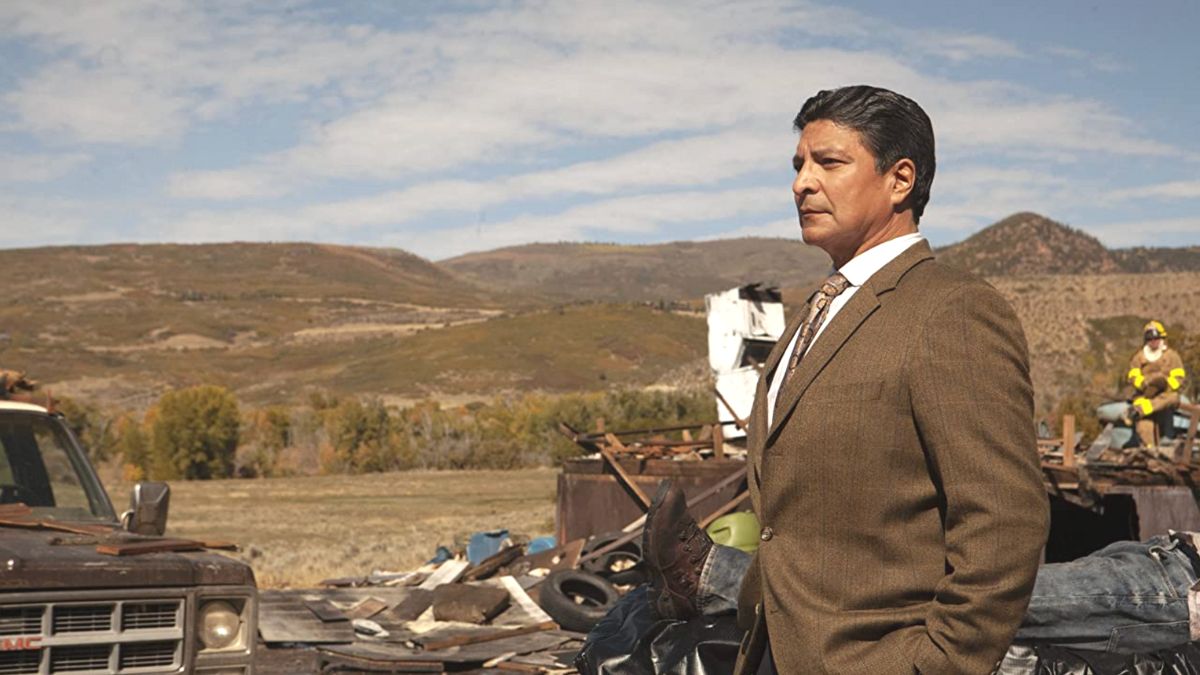 Taylor Sheridan’s Yellowstone is gearing up to make its grand debut at PaleyFest 2023, and fans of the Dutton family consider this a long time coming. That’s right, the most influential television family in Montana is ditching the ranch for a stage in Los Angeles this April, and we can’t wait. In addition to the exciting news that some of our favorite stars will take the stage for a Q&A in a few weeks, we’re also hearing from Gil Birmingham as he sings the praises of co-star Kevin Costner. Birmingham and Costner might be treading rough seas on screen, but their respect for one another can’t be understated as men and actors. Speaking of actors with great admiration for one another, Lainey Wilson is honoring her on-screen beau by bringing him out as a special guest at a recent tour stop. There’s a lot to unpack in the Yellowverse today, and you know what that means: it’s time to grab your Yellowstone-loving bestie because we’re riding in.

Gil Birmingham is Yellowstone‘s Chief Thomas Rainwater, and the actor is a talented force both within the Taylor Sheridan realm and outside of it. Playing roles in everything from the Twilight Saga and Hell or High Water to Wind River and Under the Banner of Heaven, he breathes life into unforgettable characters.

Speaking to Fox News digital at the Critics Choice Awards, Birmingham said that Costner is someone fellow cast members sincerely appreciate. It’s not just what he brings to the table as a character but how he carries himself behind the scenes.

“Kevin is an extraordinary talent, he has been for his whole career and it’s not any different on our show. He’s a major leader, and we have such deep respect and appreciation for him.”

Further talking about the kind of actor Costner is and what he brings to the table, Birmingham says he’s a bit of a confidant to everyone on the Yellowstone series.

“I think he’s a mentor to everyone on our set. His vast experience and just his amazing presence, how he portrays John Dutton. We all learn something every day with him.”

Be it during scenes or when the cameras are off, allowing one another to be impacted and given opportunities to learn is a testament to who everyone in the Yellowstone Universe is as actors and people. Whether you’ve been in the business for just a few years or decades, there’s something to be learned and taught if you’re willing to open your mind to it.

Of course, fans know that Chief Rainwater and John Dutton aren’t exactly the best friends on Yellowstone, but their circumstances have made it possible to work together throughout the last few seasons. While fighting a bigger evil has always been their common ground to stand upon, things have felt tense since John Dutton was sworn in as governor; here’s hoping they can continue to find it when the second half of season five debuts this summer. If not, we’ll always know that their respect for one another behind the scenes is enough to carry them through even the darkest moments between them as characters.

Lainey Wilson brings out Ian Bohen at a concert, making our hearts soar

Lainey Wilson is taking her latest album on tour across the United States, and the singer/songwriter turned actress brought out a special guest at a recent stop in California. During her Country with a Flare tour, Wilson introduced Ian Bohen and brought him to the stage for a special moment between on-screen lovers.

Bohen plays everyone’s favorite cowboy, Ryan, and Wilson comes in as a musician named Abby — a character so much like herself that she got to show up to work each day on the series and channel her spirit and personality. They had an immediate connection, and we saw Ryan and Abby fall for one another in a way that gave us butterflies. As Wilson invited Bohen to the stage, she pointed out that Ryan is Abby’s true love.

“I got to play a musician named Abby, and I pretty much got to be myself. I got to wear my bell bottoms…. got to sing my own songs, and I tell ya — I have met some of the best people in that cast and crew. And I got somebody here tonight, whose Abby’s true love. Y’all give it up for Ryan on Yellowstone.”

While fans saw the pair separate as Ryan was sent to Texas to help the Duttons, Abby said she couldn’t wait around for him. She knew what it was like to chase a dream, but she wished she could be his. While it seems that life has other plans for these two, we’re holding out hope that the wind blows them both back to the Yellowstone in the second half of season five and that romance is still on the table as far as they’re concerned.

Yellowstone is taking on PaleyFest 2023

The Paley Center announced the lineup for 2023’s PaleyFest pop culture event, and Yellowstone is slated to be a powerhouse of the long weekend. That’s right, the Duttons are taking on Los Angeles for the television festival, and among some of the most remarkable series’ in entertainment right now, Yellowstone has earned its rightful place in the lineup. The website for PaleyFest announced that in addition to a special screening selected specifically for the festival, there would be a Q&A afterward with the following stars in attendance:

For long-time fans of the series, the opportunity to hear from those closest to the story, especially amid its first-ever midseason hiatus, will be a real treat. Who wouldn’t want to see some of the most influential stars in television as they talk about a series that has captivated audiences around the world? The 40th edition PaleyFest will also highlight Grey’s Anatomy, The Mandalorian, Abbott Elementary, The Late Late Show with James Corden, Yellowjackets, and The Marvelous Mrs. Maisel.

You can purchase tickets for PaleyFest on Jan. 20, with a presale available on Jan. 19 for certain Paley members.