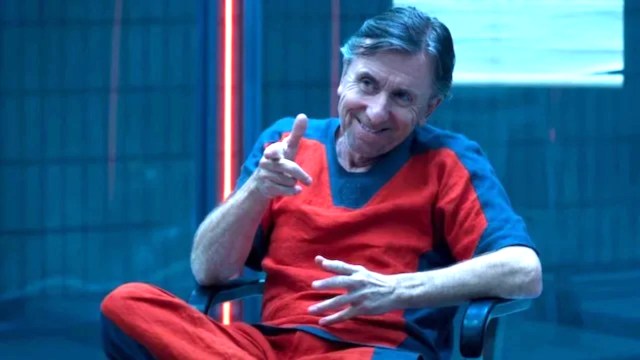 For a show that’s being pitched as the wacky, sitcom stepchild of the MCU, She-Hulk: Attorney at Law sure promises to be an unexpectedly important link in the franchise’s chain. Mark Ruffalo plays a key role as Bruce Banner, and we know we’ve got returns for both Charlie Cox’s Daredevil and Benedict Wong’s Wong to come. Not to mention Tim Roth’s comeback as Abomination in today’s second episode, which fan detectives are convinced just subtly set up the Thunderbolts.

After landing a new job heading up the Superhuman Law division at GLK&H, Jennifer Walters is assigned to Emil Blonsky’s parole case. When visiting him in prison, the apparently reformed supercriminal tells her he just wants to get out of jail so he can settle down with the prison pen pals he’s made, who he describes as his “seven soulmates.”

Folks aren’t totally buying Emil’s zen act, though, and have a sneaky suspicion who his seven soulmates really are. Yes, people think he’s actually talking about the other seven members of the Thunderbolts team that’s coming to the MCU in summer 2024’s Thunderbolts movie, as directed by Jake Schreier.

The emojis say it all.

“Yeah, no, it’s the Thunderbolts.”

Marvel, your Thunderbolts are showing.

The math checks out.

It’s going to be one looong week.

Marvel has yet to officially announce who’s going to be part of the Thunderbolts roster, although Tim Roth was already a prime contender to feature after his returns in Shang-Chi and She-Hulk. Other likely candidates include Baron Zemo, Ghost, Yelena Belova, U.S. Agent, and Taskmaster. And, if fans are right about Abomination’s soulmates, it looks like we can now confirm that the team will consist of eight members.

Stay tuned to She-Hulk: Attorney at Law as it unfolds Thursdays on Disney Plus.