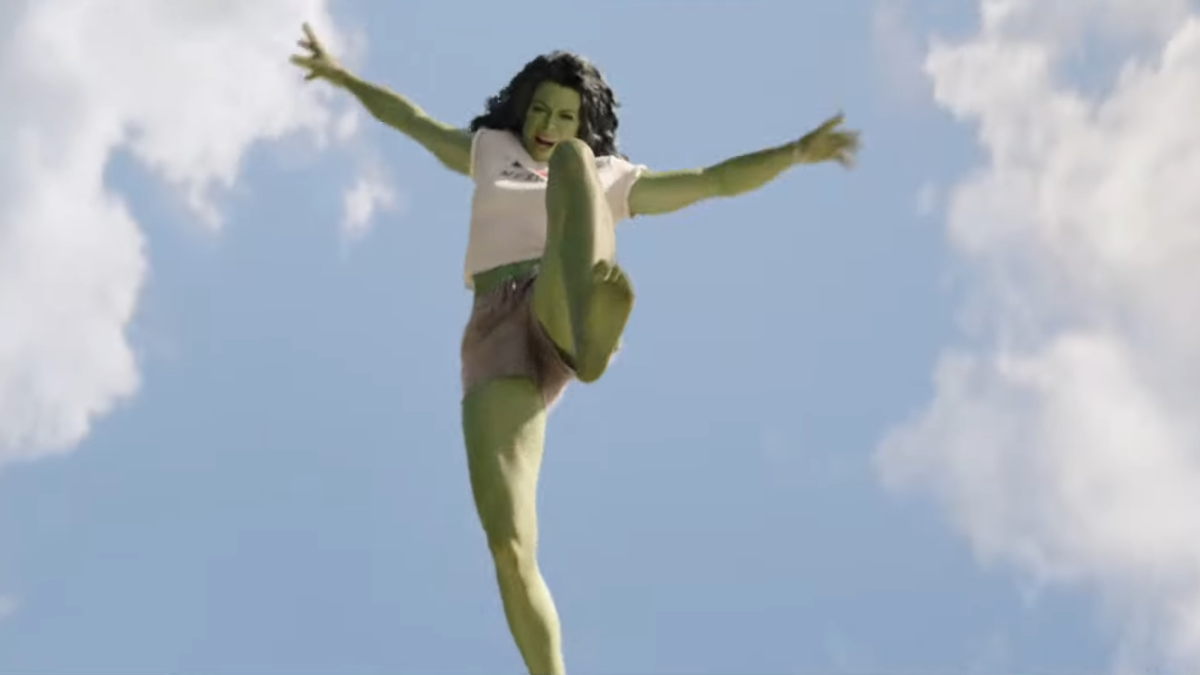 Starring Tatiana Maslany in the lead role of Jennifer Walters / She-Hulk, and featuring several Marvel Cinematic Universe mainstays like Mark Ruffalo, Benedict Wong, and Tim Roth, the first trailer has leaned into more of a New Girl vibe than the Daredevil aesthetic many had been hoping for.

But most importantly, on the internet, the insatiable thirst posting has begun. You may require a very cold shower after reading through some of these tweets.

We all learnt from Resident Evil’s Lady Dimitrescu that the hordes of hornyposting are well and truly out there, but now it’s crossing into a far more mainstream territory. Mommyposting is now in session for She-Hulk.

Her cradling her Tinder date in her apartment is the absolute stand-out source of the memes, however. One of the internet’s favourite templates from 2012 made its return too, with the famous “god I wish that were me” returning.

Spare a thought for everyone new to the Marvel universe, checking out this trailer, and then browsing through Twitter for reactions.

The Bible feels like it’s in desperate need of a read after many of these tweets, and it’ll only get worse before it gets better.

Fans can expect to see their new green mommy She-Hulk on Disney Plus soon, with the series premiering Aug. 17.