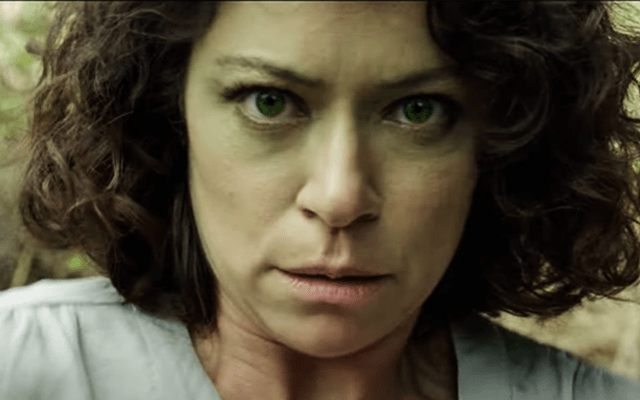 We’re now four episodes into She-Hulk: Attorney at Law‘s nine-episode first season, and the show is yet to reveal its big bad. The closing moments of the fourth episode indicate that episode 5 will see Jen Walters squaring off with Titania over the rights to the name “She-Hulk”, but right now it doesn’t appear that Jameela Jamil’s character will be the main threat.

However, the eagle-eyed fans at r/MarvelStudiosSpoilers are on the case and have some very convincing evidence that the season’s core villain has already made their debut. Spoilers likely follow, so if you want to stay surprised, don’t read any further!

One of She-Hulk’s failed dates in the fourth episode was Jon Bass’ character Todd, who was shown to be inordinately interested in Jen’s abilities and weaknesses, creepily muttering “what a specimen…”. In the Disney Plus credits his character is listed as “Todd”, but in the screener sent to critics he’s billed as “Todd/Hulk-Todd”:

Furthermore, a leak back in December is now looking quite accurate as it lists Titania suing Jen for the ‘She-Hulk’ name, the reveal that Steve Rogers lost his virginity to a USO girl, and Wong watching the Sopranos. That summary says the show will feature a group of villains known as “Intelligencia”, described as a:

“Group of “women-hating incels” who have synthesized the Hulk gene and injects it into their leader. He is a knockoff Hulk with awkward proportions.”

If so, the attack on Jen last week and attempt to steal her blood may have been orchestrated by Jon Bass’ character, who will go on to become that “knockoff” Hulk. Readers note that the Intelligencia has appeared in the comics:

Others theorize that the attacker who tried to steal Jen’s blood may have just been Todd wearing a balaclava:

Another comment notes that the art in the end credits focuses on a suspiciously angry-looking man dressed as the Hulk:

All this adds up for us and would tie perfectly in with the show’s repeated potshots at angry men who can’t deal with a powerful female hero. If this does prove true, then She-Hulk: Attorney at Law isn’t going to kick the incel hornet’s nest so much as obliterate it, so get ready for intense online fury in the final few episodes of the show.

She-Hulk: Attorney at Law airs on Disney Plus every Thursday.