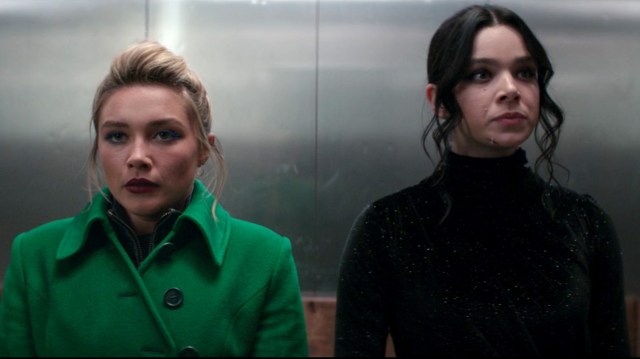 With Phase Four almost at a close with the final film of the phase, Black Panther: Wakanda Forever, now released and we’re just waiting on The Guardians of the Galaxy Holiday Special to round it off, fans are looking at the numerous new characters that they hope to see more of as we move into Phase Five. Though the show had middling reviews, many are really hoping that we get to see more of the dynamic between Kate Bishop and Yelena Belova from Hawkeye moving forward.

Hawkeye introduced us to Kate Bishop (Hailee Steinfeld), a genius-level archer and skilled hand-to-hand combatant who had spent her entire childhood and teen years training to be as good as the famous Avenger, Hawkeye after witnessing him in action during the Battle of New York. Kate is talented and determined, with that determination seeing her doggedly follow her hero into dangerous situations. She eventually builds a relationship with the Avenger, putting her in the sights of a master assassin and Black Widow, Yelena Belova (Florence Pugh).

Now, in the show, Yelena is not a villain per se, but her belief that Clint Barton is responsible for her sister’s death drives her to seek vengeance. She clearly states her intention to Kate, who, despite not wanting her idol and hero dead, cannot help but admire the Russian vigilante. Their dynamic is an extremely fun one to watch, with Yelena having some semblance of affection for young Kate whilst getting aggravated by her attempts to get in the way of her mission. The elevator scene in particular was just hilarious.

Some fans are now hoping that we get to see more of the two together going forward, wondering just where and when their paths may cross once more.

Many agree that with the loss of the old guard and the chemistry they brought to the table, Marvel isn’t going to turn down a winning combination.

This fan doesn’t care where they appear again, as long as they do.

Many pointed out the Mac and Cheese scene, which was a highlight of the entire show.

Seen as these younger actors are positioned to take over from some of the older actors, Yelena replacing Natasha and Kate looking set to replace Clint, it is likely they may have a similar dynamic.

More than one commenter voted for a road trip-style series.

Another put forward a plot of the upcoming Thunderbolts that might see them once again cross paths.

It isn’t surprising that two characters of their caliber are going to be phenomenal together really.

It is unsure exactly when the two of them will be together on screen again at the current time. Pugh is confirmed for Thunderbolts which is due to arrive on July 26, 2024. It is most likely that Steinfeld will return to play Kate Bishop once again in a Young Avengers-style movie or show, and Variety reported that they had sources telling them that the character would appear in other MCU projects moving forward. Let’s hope their paths do cross again, and maybe they can finally go get that drink they discussed as they were fighting one another.