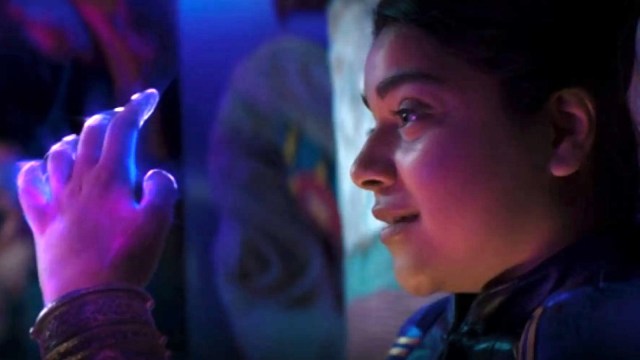 Ms. Marvel has received mixed reception and praise from fans and viewers alike. From those with diverse backgrounds who are happy to have felt represented to salty conservatives because they felt threatened. But some viewers complained that they don’t relate to Ms. Marvel’s story, which led to one MCU fan bringing out an excellent point against those criticisms.

Twitter user Paul Regan made a post where he claimed that Ms. Marvel has the same plot as Spider-Man. Both told a story about young teenagers who are just discovering their superpowers during “an awkward time of their life”. The tweet received over 67k likes and 6k retweets.

The post made its way to Reddit and fans on both social media platforms began to debate that valid argument.

A common response shared across both social media platforms is that Spider-Man had years of stories and adaptations and Ms. Marvel is just fairly new. They argued that just because they have the same backstory, it doesn’t change the fact that people knew Spider-Man more due to how long he’s existed in the Marvel lineup.

One Twitter user thought that Spider-Man was not meant to be a teenager and that it was changed to fit Tom Holland’s character. However, they were reminded of a tweet made by Marvel’s Stan Lee, where he said that Holland is ‘the perfect Spider-Man’.

Some argued that people relate more to Peter than Kamala. But they might have possibly forgotten that female MCU fans exist and that they may not be able to relate to male superheroes.

Others even argued that “they’re no longer an awkward teenager anymore” hence why they couldn’t relate to Ms. Marvel. But Paul pointed out that none of us were billionaires either.

Meanwhile, a few MCU fans on Reddit pointed out that not all teenager-based TV shows and movies have to target the same demographic.

Ms. Marvel may not have to appeal to everyone. But there is an audience out there who felt represented on screen after years of seeing the same cookie-cutter characters fight bad guys. Also, Ms. Marvel gives off an interesting starting point to younger MCU fans who may be unable to catch up in all the previous MCU films If you like Ms. Marvel, that’s great. If you don’t, that’s fine as well. Just don’t shame people for having their own tastes and preferences.

All episodes of Ms. Marvel are now available on Disney Plus.