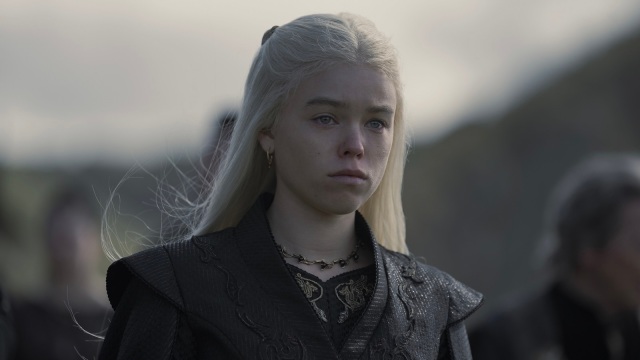 Unless House of the Dragon includes flashbacks into the past, and they very well might decide to do that, given Milly Alcock’s popularity in the fandom, yesterday was the last time we saw her as Rhaenyra Targaryen on the HBO prequel series. Now, the actress herself has reflected on her time and explained what it was like to step into such an expansively beloved franchise.

In an interview with Complex, Alcock called her casting a life-changing journey that has transcended every facet of her life.

As to whether Milly might return to the world of Westeros one day, the actress has no idea “what the future holds.” She did say, however, that she’s looking forward to doing something different, maybe an independent film.

We hope to see Milly Alcock as Rhaenyra again in the future, though the prospects of an out-of-nowhere and incongruous flashback might seem highly unlikely.

With Alcock and Emily Carey handing over the mantle of their characters to Emma D’Arcy and Olivia Cooke, the two thespians will be making their Game of Thrones debut next week on Sunday.