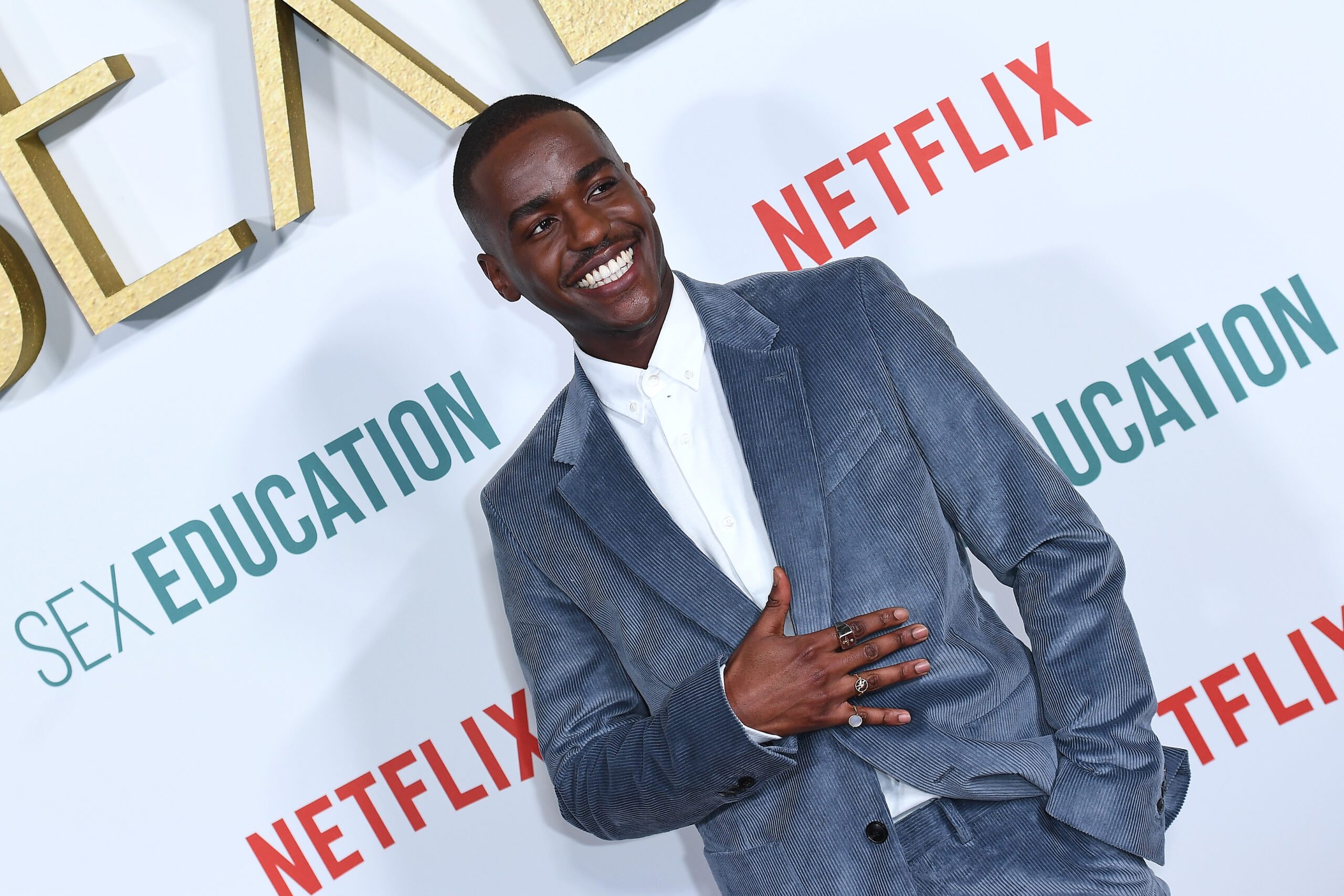 Doctor Who fans learned the identity of the latest actor to play the Doctor in the run-up to the BAFTA Television Awards. As one of the highest-profile roles in British TV, the news made instant headlines. While the stars were taking to the red carpet in London, one BAFTA nominee was about to get their first taste of the attention the legendary role attracts.

Ncuti Gatwa stepped on the red carpet as a nominee for Best Male Performance in a Comedy Programme, and everyone wanted to talk to him about was his casting as the fourteenth incarnation of the Doctor.

Gatwa is set to take over from incumbent Jodie Whittaker as the lead in the world’s longest-running science-fiction show in late 2022. Here’s what we know about the exciting young actor and why you might think he looks familiar.

Where have you seen Ncuti Gatwa before?

Gatwa studied at the Royal Conservatoire of Scotland before taking roles in several theater productions, including Demetrius in A Midsummer Night’s Dream at Shakespeare’s Globe in London.

On television, Gatwa has appeared in the series Stonemouth and Bob Servant. His movie roles have included Timidius in 2019’s Horrible Histories: The Movie and, due for release in 2022, Last Letter from Your Lover.

However, Gatwa will be most familiar to audiences for his role in Netflix’s Sex Education. He built a loyal fanbase as Eric Effiong, the gay, drag-loving best friend of Otis Milburn. He won praise for his portrayal of the character learning to be confident in his own skin. It was a revelatory performance that sent his star into the ascendancy. As the latest Doctor, he’s about to go stratospheric on screen and off.

Where is Ncuti Gatwa from?

Ncuti Gatwa was born in Rwanda and arrived in the UK as a toddler. His family settled in Scotland, making him the fourth Scottish actor to take on the immortal role of the Doctor. You may not have noticed his Scottish accent, and Gatwa has said it only becomes pronounced when he’s in Scotland. We don’t know anything about his Doctor yet, including if he’ll lend his Time Lord a Scottish, English, or altogether different accent. While Twelfth Doctor Peter Capaldi made the most of his Scottish brogue, Tenth Doctor David Tenant opted for a southern English accent.

Regardless of the accent he opts for, Gatwa has admitted the challenge of his new role in an official statement.

“There aren’t quite the words to describe how I’m feeling. A mix of deeply honored, beyond excited, and of course a little bit scared.”

For Doctor Who, Gatwa is a massive signing and sign of intent. It’s been some time since the Time Lord was a bona fide rising star. Recently, the keys to the TARDIS have tended to land in the hands of accomplished and established actors.

At 29 years old, Gatwa will be one of the most youthful Time Lords, but not the youngest. In 1981, Peter Davison was also 29 when he became the Fifth Doctor. The record remains with Matt Smith who was only 26 when he became the Eleventh Doctor. Still, Gatwa’s casting had fans of the nearly 60-year-old show feeling their age: the actor was only 12 when the show was revived in its modern format in 2005.

Gatwa keeps his private life just that — little is known about his relationships. Much is being made of his previously most high-profile role, but the potential in Doctor Who is vast. The gender fluidity of Time Lords has been a vital component of the modern era, leading to Jodie Whitaker becoming the first female incarnation of the Doctor (we saw on TV).

While Gatwa is set to become the first Black lead on the show, recent seasons have revealed a previously unknown female black incarnation of the character played by Jo Martin, who’s appeared in infrequent cameos.

When does Ncuti Gatwa become the Doctor?

Jodie Whitaker filmed her final scenes as the Doctor in late 2021. Yes, that means a regeneration has been filmed — the in-show process by which Time Lords transform their appearances and personality — but it’s rare that a new Doctor needs to be present behind the scenes.

Having broken that illusion, the snippets of information might also make for disappointing reading for Doctor Who fans keen to see what Gatwa can do with the role.

Russell T Davies, the mastermind behind the show’s hugely successful revival in 2005, is returning to guide a new era of Doctor Who through its 60th anniversary and beyond. That means Gatwa’s first full appearance as the Time Lord might not happen until a special marking the show’s anniversary in November 2023.

While filming began on the exciting new era of Doctor Who this month at Bad Wolf Studios in Cardiff, Wales, necessitating the Gatwa’s reveal, we have little else to go on.

We do know that the production team, headed by Davies, is planning a refreshed new era of the show. In February, he told the UK’s Radio Times that, “there are things coming up that are brand new ways of telling the stories that have never been done before, so it just feels new … It’s a self-renewing show.”

On the BAFTA Red Carpet, Gatwa and Davies confirmed that the actor was cast in February after his late audition nabbed the role from another actor the production team thought had it in the bag.

Gatwa may well be filming his first scenes about now, so surely we won’t have to wait nearly a year and a half?

Jodie Whitaker is bowing out in the so-called Centenary special, a feature-length adventure marking the end of her Doctor and 100 years of the broadcaster, the BBC. That’s expected to air in October 2022, and it’s usual to see a glimpse of the new Doctor at the end of a ‘regeneration’ story. So, history suggests that this will be Gatwa’s first appearance as the Time Lord.

However, there are exceptions to every rule, especially for the Doctor. In 2013, fans were treated to an early reveal of Peter Capaldi’s Twelfth Doctor during the 50th anniversary special The Day of the Doctor. It’s not often that a close-up of some eyes and some sharp eyebrows can set the internet forms alight.

So fans worried they’ll have to wait a year to see Gatwa’s version of their favorite Time Lord can have some faith in the show’s unpredictability. There’s plenty of news still to come about the TARDIS’ new direction, including the new Doctor’s requisite companion or companions.

The new era of Doctor Who promises many surprises, and fans should expect the unexpected when it comes to the ‘Time of the Fourteenth Doctor.’