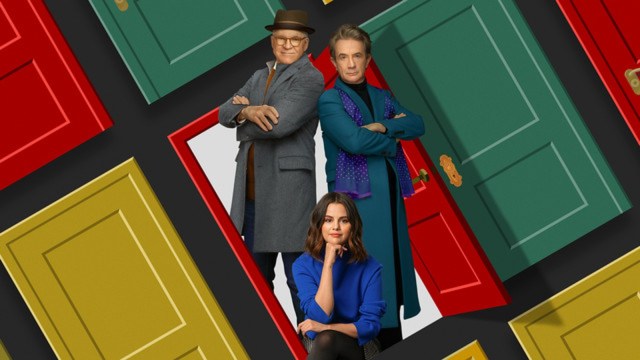 Hulu’s comedy hit Only Murders in the Building season two managed to up the stakes and ended with a shocking twist that kept viewers guessing the whole way through.

The series stars Steve Martin as Charles, Martin Short as Oliver, and Selena Gomez as Mabel; three residents of the Arconia hotel on the Upper West Side with a penchant for solving murders and sharing their stories on their popular podcast. The series has earned an impressive 17 Emmys and its premiere was the most-watched original comedy for the streamer.

In season two, the gang aren’t just solving a new murder, they’re implicated in the crime. Bunny Folger (Jayne Houdyshell), the Arconia board president, has been stabbed by a knitting needle and Mabel (nicknamed “Bloody Mabel”) is the first suspect, seen leaving the scene of the crime with the needle and blood all over her. This puts her and her compatriots in the crosshairs of the Williams (Da’Vine Joy Randolph) and Detective Kreps (Michael Rapaport) who’re looking to solve this case.

As the trio attempt to exonerate themselves throughout the season, Charles’ daughter Lucy (Zoe Margaret Colletti) comes to visit, Oliver worries if he and his son are biologically, and Mabel has a new love interest Alice (Cara Delevingne), a rebellious artist. The season is also filled with guest stars including Amy Schumer, Jane Lynch, and Shirley MacLaine who thicken the plot.

In episode nine, “Sparring Partners,” it’s revealed that Cinda Canning (Tina Fey), the rival true-crime podcast host of Only Murders in the Building, could be the killer. Her assistant Poppy (Adina Verson) has a conversation with Charles, Oliver, and Mabel where she reveals her real Becky Butler, the missing girl from Cinda’s popular podcast All is Not OK in Oklahoma. Poppy/Becky was once a mayor’s aide who grew tired of her life.

She changed her hair, put on glasses, and sought out Cinda to sell her the story. The podcast blew up and gave Cinda more notoriety, but none of that is shared with Poppy. Cinda and Poppy attempt to come up with other stories that don’t quite work and Cinda decides to set up the Only Murders in the Building podcasters to take care of the competition once and for all.

The Only Murders gang has a killer reveal party and Cinda and Poppy show up to record it. They point the finger at Cinda, metaphorically torturing her with all the specific details about her life that Poppy told them about, which makes the rival podcaster squirm. Then, Mabel has an epiphany and accuses her girlfriend Alice of being the murderer, claiming that she wanted Bunny’s valuable painting and needed the woman out of the way. Alice denies it at first, then in a fit of anger, goes to stab Mabel with a knife, but instead, Charles gets in the way and he’s killed by the artist.

They tie up Alice, cover Charles’ body, and call the police on Alice. Cinda, impressed with Mabel’s deduction, goes to her side and offers her her own podcast, and that infuriates Poppy who’s been desperate for Cinda’s attention. Poppy comes over and in her jealousy, reveals that it was her who did it. She convinced Detective Kreps (Michael Rapaport) to join her and they came up with a plan to kill Bunny to make Cinda look guilty. With her boss out of the way, Poppy could take over the podcast and he would get a promotion.

Back at the party, Poppy starts sneezing because of Bunny’s bird, which is what the killer did when Charle’s daughter Lucy heard when she was hiding in the walls. Also, Mabel remembered what Bunny’s real last words were when she was at the Pickle Diner earlier and heard a worker call out Poppy’s order “the number 14 sandwich.” Bunny had given her a clue as to her killer before her demise.

It’s revealed that the party is just a ruse, Charles isn’t dead, and it’s enough evidence for the police to take Poppy away. With the murder solved, the trio part ways. Charles returns to his show where his role gets bigger, Mabel works on her apartment with Alice, and Oliver connects deeper with his son even though they’re not biologically related. But the good times don’t last for long. Oliver returns to work on Broadway and a year later another murder happens at one of his shows. Charles has been cast alongside Ben Gilroy (Paul Rudd) an actor who has beef with Charles, and he drops dead on stage, setting up another murder mystery for season three.