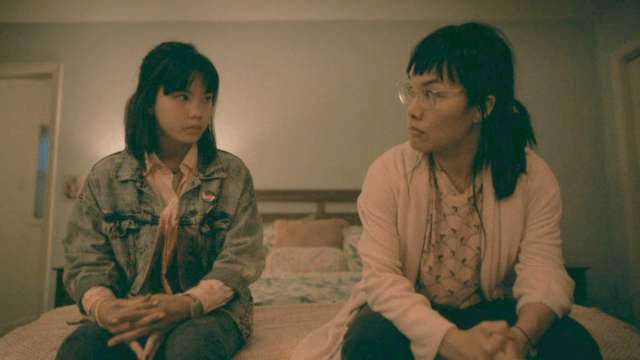 It’s been nearly a month since Paper Girls finally made the leap to live-action television, having premiered on Amazon Prime Video during the tail-end of July. It proved to be a series that could tango with the best of them, weaving together a brilliant cast with some of the most entertaining sci-fi nuances since The Umbrella Academy and Stranger Things.

The show wasn’t without a healthy dose of star power either, with comedy mainstays Ali Wong and Jason Mantzoukas making turns as an adult version of one of the main cast members, and the supreme leader of the show’s antagonistic force, the Old Watch, respectively.

And as it turns out, we wouldn’t have gotten to see Wong’s gutsy yet giddy performance as a grown-up Erin if not for Mantzoukas. In an interview with Entertainment Weekly, Wong revealed that Mantzoukas sparked her interest in the adaptation with a stack of Paper Girls comics, on which the show is based on.

“Jason was being such a good friend. He sent me this huge box of comic books, and it included the whole series of Paper Girls. I think I finished it in one or two days. I loved it so much. He didn’t even tell me that it centered on a young Asian-American girl!”

She would go on to reveal that once she landed her role in the show, she in turn encouraged Mantzoukas to also throw his hat in the ring for the role of the Grand Father, whom he would ultimately end up being cast as.

Paper Girls is available to stream on Amazon Prime Video.