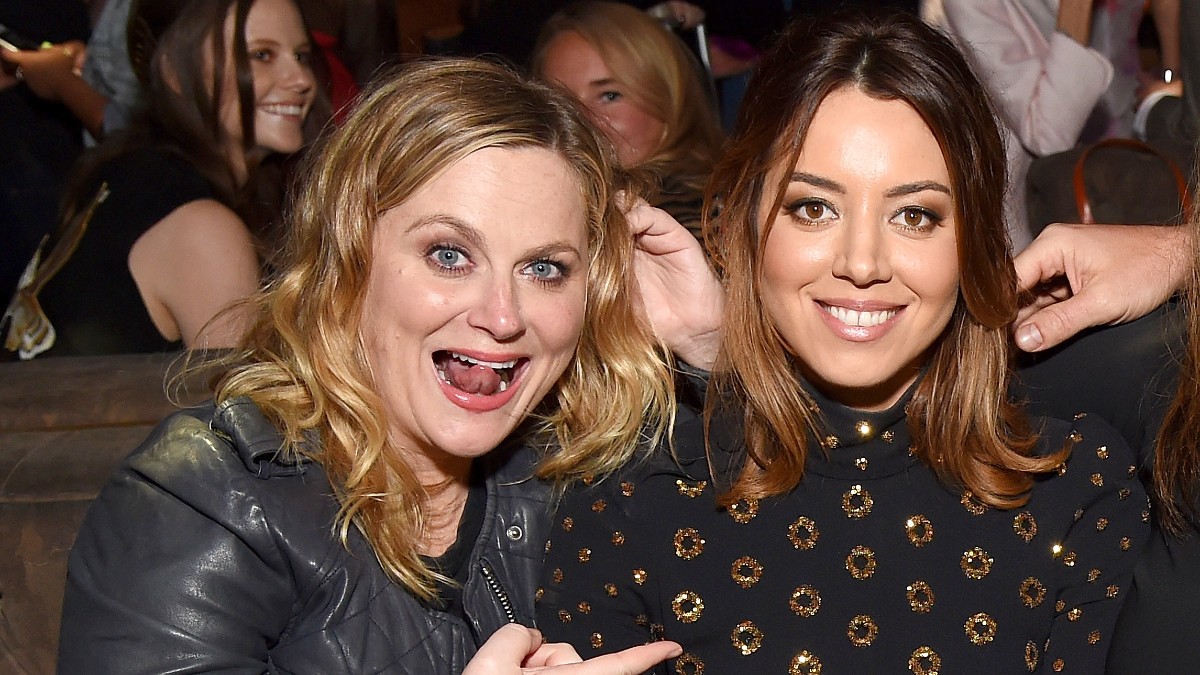 Aubrey Plaza hosted Saturday Night Live last night and viewers were treated to a night of her special brand of humor. That’s not the only thing they were treated to though, because Amy Poehler popped in as well for a Parks and Recreation reunion.

While football fans were watching the New York Giants and the Philadelphia Eagles battle to get to the NFC Championship, the commercial break brought a huge surprise. Standing between Kenan Thompson and Sam Smith was the ever-radiant Aubrey Plaza announcing that she would be hosting SNL later on that evening. Of course, everyone immediately changed their plans because they knew the comedy sketch show after the game was going to be lit.

Kenan Thompson reflected on what a climb the actress has made from being a page back in 2004 after Aubrey bumped into him while taking on a tour backstage. He jokingly asked about his Starbucks order because he still hasn’t gotten it, and it’s almost been 20 years! He wasn’t the only star she greeted along the way though as she was giving her tour. She also comes across Amy Poehler who played her boss in Parks and Recreation, but Amy is also an SNL alum who starred on the show from 2001 to 2008. There’s a very good possibility they bumped into each once or twice back then because that’s when Aubrey worked there with the design team.

From page to SNL host has brought The White Lotus actress full circle and fans are going wild because they were treated to a much-needed flashback when Poehler stuck around to reprise her role as Leslie Knope along with April Ludgate for the “Weekend Update.”

Of course, after Parks and Recreation ended in 2015, Plaza went on to star in many films and shows including the television series Legion as well as Dirty Grandpa and Emily the Criminal before landing a role in the latest mega-hit The White Lotus.

Seeing Plaza and Poehler together again took many fans back to the days before Parks and Recreation ended. That show could have gone on forever and they would have never gotten tired of the storyline, the characters, especially Pawnee.

In fact, this unexpected reunion has fans taking a voluntary dive down nostalgia lane.

Hopefully, Parks and Rec creator Michael Schur is paying attention to the overwhelming love the out-of-the-blue reunion is getting and will treat it as his cue to start working on serving fans one that is official.